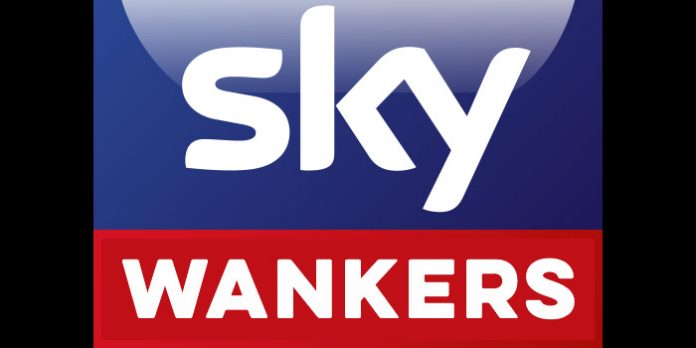 Sky have reportedly requested that Arsenal’s home game against Liverpool take place on Christmas Eve at 4pm, but were refused permission by police.

The television schedules for the month of December and the festive period have yet to be decided, and the game is currently scheduled for the much more sensible and manageable date of December 23rd.

Sky have apparently asked for the game to take place at 12 noon instead, and discussions remain ongoing, while Arsenal have already put the idea to staff to see what the take-up would be.

Arsenal have already asked staff whether they'll be able to make it on that day and are trying to see what the numbers would be like.

We all know that television now calls the shots, and that with the money they pay the expectation that they can do what they like, but once more not one bit of consideration is being shown to fans.

Not Arsenal fans, who will have enough going on with family and the traditonal Christmas period. Not Liverpool fans, who would have to spend their Christmas Eve travelling down from Merseyside.

At some point surely clubs have to do something to stick up the fans. There has to be a line when it comes to what’s right and wrong, and this one feels very wrong.

More on this when we can get it.

Gobsmacking.
Its all about viewing figures for revenue return.
Money is what is killing our game.
Sorry to say it.

I can’t imagine many football fans want to spend Christmas Eve watching football. That’s what Boxing Day was invented for.

To be fair, I can. We football fans (regardless of the club) are some of the loyalist people in the world. Just look at the lengths are away fans go to, esp on cold/wet European nights.

Really, I don’t understand what the big deal is? How does it differ from a Boxing Day game? Day before, or day after Christmas? I think it’s a fine idea, especially as it’s a Sunday.

It’s almost 50 years since teams played on Christmas Day and usually followed by the return fixture on Boxing Day!

How long before TV works out that everyone is home at Christmas and the potential audience figures would be better? Christmas Eve and Boxing Day are now just extra shopping days as far as businesses are concerned.

Fans will have no say in the fixture; our best chance of sanity lies with the Police.

Imagine an Arsenal vs Liverpool game with 40 people in the stadium! What idiots.

they don’t give a damn, they know that not many people won’t attend the game thus watching it on tv

Best form of protest would be for all fans to boycott the match from the armchair. Unnaturally low viewing figures for that game would teach them a lesson!

Money is killing the ‘game’. I suppose that’s all it is now, but it used to be more than only a game, more than table tennis or tiddly winks. World Cup in Qatar where trapped and kidnapped poor foreigners build stadiums, corrupt and immoral people/states owning clubs, players going for more money than it would cost to fix innumerable things in any country around the world.

Football is well and truly fucked.

TBF right now, money IS the game. The football is an afterthought

Utterly insane from Sky, but not unexpected. These are the same shitheads who, knowing there was a Europa League match on Thursday, scheduled Arsenal to play on the Monday before instead of the Saturday.

This was poor scheduling across the board for them this week- we should have played on Sunday, and they should have had a match on the Monday which didn’t include teams in European competition (ie Burnley/Huddersfield, Swansea/Watford, or Brighton/Newcastle).
I came up with that looking at the fixtures in about 3 minutes. They could have also have had two matches on Sunday (using one of the above fixtures + Arsenal/ WBA) and still kept their Super Sunday and MNF timeslots filled.

You would never make a TV executive, you have common sense and they are just cunts!

Common sense is the same reason why I have difficulty in any corporate environment. Oh, and I actually give a damn about human beings and not just balance sheets.

Will we be the first team to play games every day of the week and every time slot? Certainly this season I think by the time Norwich game is played. Did Manure do it last season? Stattos out there?

I would like the Sky Sports scheduling committee meeting to be held on 25th December. All attendees must appear in person. Oh, and its also located at the bottom of the Marianas Trench. Secondary location, should the bottom of the trench already be booked, is on the surface of the sun.

Unfortunately for them, I did reserve the Trench so that my kids could open their presents there. Looking back on it, I don’t have kids, so that was a bit of a weird decision on my part. Anyway, looks like the Sun for Sky.

No wonder people are turning to dodgy streams.

The are greedy mofos, but (clenching jaw now) to be fair they have paid a shit load of money to show the games and they will be expected by the shareholders to show something for it. The whole fucking system is rotten from the top down.

I would love to watch a late kick off football match on xmas eve on the tele….

wouldnt expect a) the teams to be first teams, b) the stadiums to have any fans in or c) to actually care about the result with santa coming in a few hours after.

bloody ridiculous, isnt that what boxing day games are for?

Christmas eve is the day most families actually celebrate their Xmas and not the 25th December. If the Arsenal vs Liverpool fixture was originally fixed for the 23rd, then let it be played on that day, more so, it is a Saturday.

Most families celebrate xmas on xmas day not xmas eve. By most families you mean non English.

Splitting hairs here fellas. Point is Christmas Eve is an awful day for a fixture

By English you mean British.
😛

Not certain what this has to do with the price of tea in China, but I’ll thumb you up regardless.

Why not have the ref dressed as santa and the lino as his elves! bloody selfish idiots.

Excellent idea! They should definitely do this for Xmas period games. Red and yellow presents instead of cards carried by the ref in a sack, tinsel round the candy cane goal posts, Christmas trees for corner flags, a ball made of gingerbread, full roast turkey dinner for each team at half time, giant flaming Christmas pudding in the centre circle, ballboys fending off burglars with murderous traps, endless amounts of socks and booze for the fans, a lump of coal for the losing manager, and Ratatouille on the big screens after the game.

Is that before Crystal Palace’s forlorn showing of “The Great Escape”?

“Where do you think you’re going? Nobody’s leaving. Nobody’s walking out on this fun, old-fashioned family Christmas. No, no. We’re all in this together. This is a full-blown, four-alarm holiday emergency here. We’re gonna press on, and we’re gonna have the hap, hap, happiest Christmas since Bing Crosby tap-danced with Danny fucking Kaye. And when Santa squeezes his fat white ass down that chimney tonight, he’s gonna find the jolliest bunch of assholes this side of the nuthouse.”

You made a most convincing argument right here.

Wankers is about right.

They should play it in a specially designed chimney shaped pitch with Santa coming on at half time.

It’s also extremely unfair on Arsene Wenger and the vast majority of the Arsenal players. Maybe we can field Özil, Mustafi and Xhaka on that day and it be okay, but even then they’ll be tied to local culture. Even more so for the former two. Christmas Eve is the big day for Germany.

I don’t care how much we pay them. It’s kicking a ball around a football pitch. It can fucking wait.

Aren’t all three of them players practicing Muslims?

We literally bought tickets this afternoon for this game. Coming in from the US. Thankfully this still works with our plans but bro, after dropping over $2k on club tickets and then Sky can just at a whim demand a change, that ain’t right.

And dont disregard the international audiences. for me, it would be like a early christmas morning game… not good to be honest.

I hope whoever came up with this shit is soon to be haunted by the Ghost of Christmas Fixture.

Beers on me when Murdoch finally snuffs it

I’d like to also throw it out there that some Gooners are probably religious like myself and Christmas Eve you go to church. Sky are screwing with my afterlife as well as my Christmas Eve.

Our last 7 home games have been played on every day of the week. This is football!!!

Madness. I feel really sorry for the Liverpool fans too, coming down then back up on a Sunday Xmas eve. Hopefully their fans kick up a fuss too, I get the impression northern clubs’ protests get listened too more by both the press and authorities than London ones (where we are just seen as either one of two dated stereotypes – rich middle class twats who it’s fair game to fleece or dodgy cockneys).

Sky can get fucked

Fuck sky.no way should they do this AGM

Disgusting stuff. Why on earth do the TV companies have such freedom over scheduling? They should have no say over sporting matters. The clubs have sold out. The FA have sold out. The fans suffer as always. People at the top profit while we get hit with the consequences.

Time to all stand together and say enough is enough before we lose our love for the “game”.

That should have been done, atleast regarding England, when the Premier League format was introduced. This isn’t “new”, just another twist of the same thumbscrew that has been tightening for decades. We don’t want TV to have a say – but “we” cry out for ridiculously overpriced signings. I’ve all but fallen out of love with football at the highest level. It’s entertainment, not “sports”. Clubs owned and played with like toys, and it’s all about raking in money. Just like almost everything else. And almost everyone. Solidarity and “the common good” has long been stomped out in favour of… Read more »

This happens in every major US sport, and I hate it. I’m a season ticket holder for the Pittsburgh Steelers (NFL) and last year or the year before they had home games on Thanksgiving, Christmas Day, and New Years Day. I went to none of them, but the stadium was full.

I’m not a Christian nor an Englishman but playing football during Christmas or Christmas eve is a really unwise decision. Nobody in this world would want to work during holiday.