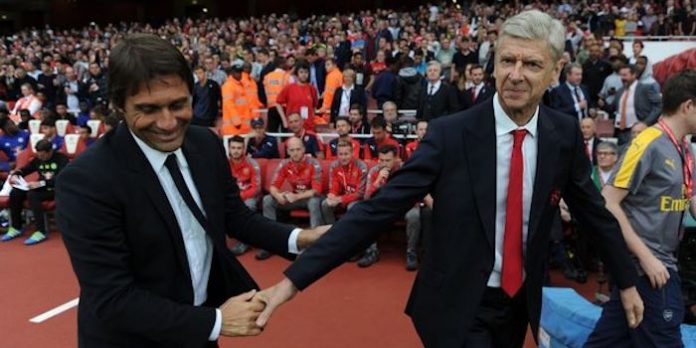 Away games after European games, whether home or abroad, Champions or Europa League, always present a bit of an extra challenge, and Arsenal certainly face that this week.

Following the Europa League opener against Cologne on Thursday night, the Gunners travel to Stamford Bridge on Sunday where they’ll have to show they can cope with a big side away from home – especially following the disappointing result at Anfield three weeks ago.

With the Arsenal manager set to heavily rotate his squad for the midweek fixture, he’s pointed to a recent winning trip to Everton as evidence his side have it in their locker to deal with the fixtures.

“It is a good opportunity to show we can cope,” he said.

“We played Wednesday night in Barcelona and Saturday morning at Everton and we won. You have to not get caught in your mind with preconceived ideas, football is down to how you perform on the day.”

The schedule is a little different too, with Thursday night European games meaning lots of Sunday kick-offs, but again the Frenchman wasn’t viewing this as a major issue.

“Three days is plenty of time to recover,” he continued. “Wednesday night or Thursday night is no problem.

Let’s see what the next few days brings.

Playing on Sp*rsday when Chelsea played Tuesday is tough, glad we are resting lots of players.

Too Drunk To Be Offside
Reply to  Pedant

Conte has developed a very fine habit of losing to Arsenal. Long may it continue.

No need to be. Someone needs to be repeating it as such to the lads. I am glad Wenger is taking this position because it is important not to give players an excuse to fail, owing to ‘wrong signal’ from the manager’s body language.

Sure, we CAN win. The better question is one of likelihood, especially given that it’s away to Chelsea, not away to Crystal Palace.

The very same Crystal Palace where the boys got chuffed last time?

The same Crystal Palace that Roy Hodgson has just taken over and it would have been just our luck to play them on Sunday in any other season when we could do with an easier game.

Still, it is Chelsea and we have as good a chance as any to get a result. After all, if Burnley can do it . . .

Fair point. I was fantasizing about playing Palace now, while they’re hopeless, but I also remembered that we have a habit of being charitable to teams going through crises. We like to give them a little boost.

Sure..now watch him use this as an excuse if we lose.

Dreading to hear the “we were physically jaded” bs after Sunday’s game.

Even if we actually lose(I obviously hope we don’t) on Sunday, I just want Arsene not to mutter the above. THAT IS ALL I ASK.

Glad I’m not the only one who sees this. It only takes a massive scoreline for him to admit when he’s wrong

It won’t be easy, but I think if we score more than Chelsea on the day we might win the game.

Surprisingly, I got the same complicated equation of score more and win on my head.

We must be the only two souls in the universe.

We never did well in the wed- Sat lunchtime kick-off either!! On Sunday I wud play Xhaka and Elneny in midfield, and have Sanchez and Welbeck either side of Lacazette. Ramsey and Ozil can’t do the tracking back involved in a top six away game as Liverpool proved. Elneny was good in the community shield.

I’m looking forward to seeing some new talent. Hopefully they gain some exposure and have some fun. I remember the run in the League Cup (I think) a few years back. I think we eventually lost to a fairly full strength Chelsea in the final, but it was fun to see some up and coming players.

Cue us getting dicked on Sunday

I was looking forward to the match today only to realise we now play Thursdays.

Will take some getting used to.

As for Chelski, not to take anything for granted but we’ve beaten them 3 times now in Calendar year. Arsene seems to have the tactical edge over Conte.

And they haven’t seen the Bosnian tank unleashed on their defense yet let alone our sniper Lacazette.:D

We’ve beaten them once in the calendar year. The 3-0 was last year and the Community Shield was a draw after full time. In that time they’ve beaten us in the league once and in a pointless friendly once (so feel free to not count that one).

Hahaha! He’s a kidder this manager of ours.

We did indeed win away at Everton on a Saturday morning after playing away to Barcelona on a Wednesday…..we also lost away to Man Utd on a Sunday after playing at home to Barcelona on a Tuesday. (When Man Utd played in Europa on the Thursday)…and yet you used tiredness from playing a tough game in Europe as an excuse for losing that game arsene! Rather than your team’s simple inability to cope with the pressure of a title challenge.
As ever with arsenal it will come down to whether Arsene can get the player’s attitude right rather than fixtures…

I don’t like the complacent arrogance that doesn’t take the EL seriously.
I also hope Wenger has even noticed that his CBs will be key against Chelsea as Morata is fast, but probably still more dangerous with his head than his feet.
I’d vote for big Per getting a game alongside Koscielny (if the latter is fit), but expect him to play tonight and be in his suit in the stands on Sunday, while Monreal et al try to cope with Morata.

Alex habesha
Reply to  Another Sam