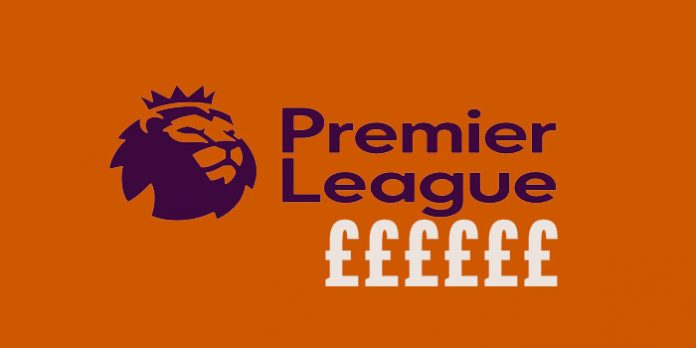 Arsenal were among the Premier League sides expected to vote today for a change to how the overseas television rights are distributed.

At the moment there is a collective arrangement, with each club receiving the same amount: last season this came to £39,090,596.

However, under pressure from the so-called ‘big 6’, a proposal was made by Premier League chief Richard Scudamore which would have seen clubs paid more or less depending on where they finished in the table.

35% of the overseas income would be pooled and then distributed based on performance and final league position.

Clearly this would benefit those who routinely finish in those positions: Arsenal, Chelsea, Liverpool, Man City, Man Utd, and Sp*rs.

However, there has been significant opposition from those outside that bracket, and although Everton, West Ham and Leicester were also thought to be in favour, it would have left them without the required two-thirds majority.

At a meeting today, the decision was taken to adjourn until the next meeting, with a statement saying, “Premier League clubs today met and discussed the future development of the league. Clubs unanimously agreed to adjourn the meeting to allow further discussion.”

Which gives them more time to try and convince other clubs to join them and change the way the global TV rights revenue is shared.

I’m for equal distribution. If there’s more parity in the league, I feel it’s a more exciting competition.

It’s obvious why arsenal want this change but for a club who continually prides itself on it’s ‘values’ they should take the side of football here, not the side of widening the already large gaps between the top 5/6 and the rest.

gunnertron
Reply to  Kwame Ampadu Down

However, this is not Arsenal FC, rather ‘Arsenal FC brought to you but KSE.’
Why not pass up the chance to get more money?

Kwame Ampadu Down
Reply to  gunnertron

Very true…..and when they get the extra money they will spend it immediately on ‘top, top quality to improve our chances of winning trophies cos That’s the aim……isn’t it ??? ?

I think the name you are referring to is Arsenal Holdings PLC.

Rubbish, Arsenal were one of the main driving forces in creating the Premier League in the early 90’s. A competition that was only created to make the maximum amount of cash for the clubs.

Making as much money as possible has been the clubs focus for last 30 years at least, more realistically since it’s inception.

Greedy bastards. It’s fine how it is.

Cant they distribute it by viewing figures? I dont think its very fair that the top 6 get a tonne more than relegation candidates.

teams fighting for survival are viewed almost as much as 5,6,7th placed teams imho.
as this is a debate on entertainment rather than sporting achievement i feel they should get more.

Good. Hope this never gets through.

Good to read most people are in favour of it being distributed equitably, that being said, why not go further and rather than distribute the 35% based on final position, take that sum and distribute it amongst the lower leagues and grassroots? After all most of this money ends up being either sucked up by hyper-inflationary wages and transfer fees anyway or in the back pocket of owners and shareholders and one way or another the premiership exists off the back of the overall footballing infrastructure. Besides with Brexit looming (and the negotiations being an absolute shitshow which no one… Read more »

These people (Arsenal representatives included,) who are suggesting that equality is not fair, need to take a long hard look at themselves in the mirror. Then perhaps interview some of the season ticket holders who give up 10% of their annual income to follow their club all over the country, and then look in the fucking mirror again. It is beyond greed. It is fucking hideous

If there is one area that is fair, then this is something that should remain in tact, no matter what. Smaller clubs, due to lack of success or locality will never grow if at least some of the playing ground is level. As Arsenal fans, much like fans of over big clubs, it’s easy to overlook at how much disparity there really is between a club like ours and that of a lesser opposition. Unfortunately a lot of these clubs are in fact feeder clubs or just barely surviving and by taking away a crucial payment from them each year,… Read more »

It’s stuff like this which makes so many real football fans disillusioned with the state of the game right now. Greed and selfishness is destroying top-level football in this country. I so hope this nonsense is voted down.

This is all driven by foreign billionaires who want a bigger piece of the pie.