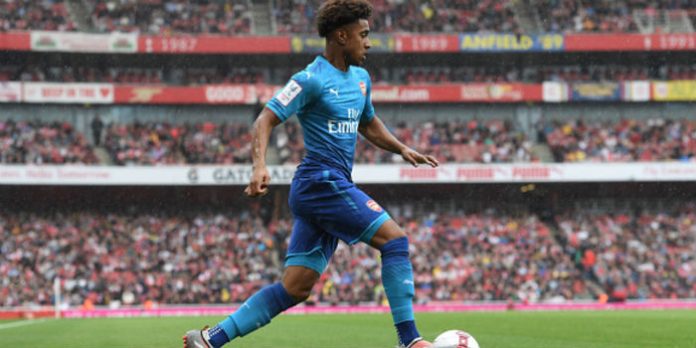 Ahead of tonight’s Europa League clash with Cologne, Hector Bellerin has sung the praises of Reiss Nelson who is in contention for a starting place against the Bundesliga side.

The 17 year old has appeared in all four European games this season – starting the last three – and the Spaniard has been impressed with how the youngster has adapted to a more defensive role.

At youth level he played most of his football further forward, but has been handed the responsibility on the right hand side. It’s no easy task, something Bellerin acknowledges.

“When you compete against teams in the Europa League and you’re able to adapt from a No 10 role to a wing-back role, I think that’s remarkable at that age,” he told the official site.

“He needs to keep his feet on the floor in the same way that he’s been doing up until now and, if he keeps going the way he’s going, I’m sure he will have a great career.

“It’s a great opportunity for him to be able to play in these competitions now and I think he’s taking his opportunities really well.”

And there were some words of advice among the praise too.

“When you come from an attacking role and you’re put in a position to defend, I think the most important thing to do is listen to the players around you,” Bellerin continued.

“Especially when he’s got the opportunity to play alongside people like Mathieu Debuchy who have played at the top level for a long time. It’s about listening to them, communicating with them and asking questions.”

Arsenal will definitely top their Europa League group with a win tonight, but a draw could clinch top spot if Red Star Belgrade fail to beat BATE Borisov in the other game.

Kudos Nelson. I also like how Europa has given Debuchy a way back into the fold. He’s experienced, he’s got quality (when healthy), and at a minimum gives us depth at RCD and RB.

Like to see Debuchy play at RWB. Get him up to speed quick.

Our problem now is LWB cover. With Monreal now functioning deeper in, Kolasinac has few alternates beyond the 30yr old.

The rise of Reiss should meanwhile mean we have effectively replaced the Ox. With Nketiah also developing, Asano showing promise on loan, Walcott’s days should be numbered.

Skilful lad if he can play both attacking and defending at such a young age. Chance of a big future ahead.

Need to focus on his strengths right now rather than paying him out of position. The same mistake will be made aa we did with Theo and Ox. Barca never played Messi at rwb for development, why Wenger feels the need to do this is beyond me. Its clear the kid is far more effective the further up the field he is deployed.