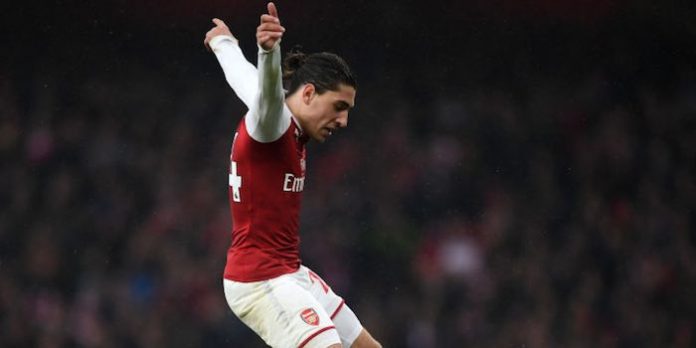 Hector Bellerin says that Arsenal have to keep working hard to replicate the performance that brought about Saturday’s 2-0 win over Sp*rs, but that the display and win will have silenced some of the critics.

Before the game the build-up was all about power shifts and how much the visitors would win by, risible combined XIs, and a general Tottenham love-in, but the Arsenal team were more than worth of the three points.

Speaking afterwards, Bellerin said it was an example of what this current crop is capable of.

“There’s always a lot of talk but I think it was one of those games where we showed what we could do. We shut some mouth as well,” he said.

“There are people who talk a lot and now, after watching that game at home, they’ll be thinking that these guys have a chance.”

However, he wasn’t blind to the fact that this was the kind of performance they need to repeat, not least when we travel to Burnley next weekend looking for our second away win in the league this season.

“That’s what we’re trying to do,” he said. “Sometimes, for different reasons, we haven’t been able to do it, but this is how we set the bar and show what potential we have.

“That’s what we’ve got to work hard to do every single week, week in, week out.”

We won away at Goodison. We’ll be seeking our second away win ?

Blogs take note of the above. And you call yourself an Arsenal fan? Tut tut tut ? ?

We have to build on this now. Its no good making all these Spurs fans quiet, to then lose away at Burnley next week, focus is key, because make no mistake Burnley away is going to be a seriously tough game.

We need to keep the focus and see where it takes us.

Glad the boys are getting a confidence boost out of the game, much deserved. I’m a huge fan of bellerin, purely because of his potential that has yet to be realised, but he really needs to work on a few things to make him world class. Even watching him in the spurs game it was noticeable he wouldn’t try and take on a man, crossing was still below average, and worst of all I don’t think I saw him close down and block a single cross into our box. Our CBs dealt with the balls in really well, but on… Read more »

The mouths Bellerin is talking about never questioned the talent or commitment or hardwork. What they mostly questioned is the team’s big game mentality. So one big win is not really enough to shut them but surely enough to enjoy it thoroughly!

“Sometimes, for different reasons, we haven’t been able to do it, but this is how we set the bar and show what potential we have.”

It is okay Bell! Keep the momentum going. Starting with by sticking to current lineup.

His hair seems so much less of a liability now and I think that was the major hurdle.

Agree. Think he was much more consistent, and fast, when he didn’t have to carry so much hair on his head ?

“when we travel to Burnley next weekend looking for our first away win in the league this season.”

Our first away win at Everton got a manager sacked.

Some of the nonsense being spouted, not just before the derby, but over the past few years has been ridiculous. Of course, there are things we can do better, or haven’t addressed, but talking shit about Arsenal FC seems to be a guarantee for clicks or whatever else that attention-seekers look for. As for the ‘pundits’, the most critical seem to be the ones that used to be on the receiving end of Arsenal-thrashings. Other than maybe Gary Neville or Graeme Souness and a couple more, it seems like a major case of sour grapes.

We are going to get so hammered next week by burnley…

Shame no one can shut Harry Kane’s mouth, not even him.

One thing I like about Bellerin is his joy and enthusiasm whenever Arsenal scored a goal. I have not seen a picture of celebrating a goal we scored, in a match Bellerin was playing, that he was not with the celebrating players. I like that.

Next week after losing to Burnley: “we need to learn from our mistakes and stay focused in every zzzzzzzzzzzzz…….”

Your name kinda puts the point across ya know?

Good article until the mad dash to the loo when wrote the words ‘Tottenham love-in’ …. barf.

On a separate note:
Seaman on Wenger: “I think the criticism from players he used to manage does hurt him, definitely. I just have too much respect for him to criticise. He should be allowed to just get on with his job, he doesn’t need me or others as ex-professionals having a go at him.”
Maybe Henry, Alan Smith and that twat Merson need to take a leaf out of his book

Slightly off subject, but over the last week or so many pundits and journalists have been asking the question as to whether the current Man City side are the best the Premier League has ever seen. They’re good no doubt, but I personally don’t think they’d have the joy they’re having at the moment against certain teams in the past. Would they have beaten our ’98 team or 2002 team (my favourite). Would they have beaten Utd’s ’99 team or Chel$ki’s Essien & Drogba team? Thoughts?

A Different George
Reply to  Wezza

When Kompany is injured, their back line is barely adequate; leaving out any Arsenal side to avoid bias, does anyone really think it is in the same category as Ferdinand/Vidic? On the other hand, City have about thirty-seven world-class fullbacks.

I hope the players keep this siege mentality. I think it could be good for keeping the locker room unified going forward this season. Nothing like an “us vs the world” to unite the squad

Garth Cook bias much? i know he’s ex Spurds but he sounds so silly.

Bellerin and Kolasinac are miles better pound for pound then Davies and Trippier.

Monreal Mustafi and Koscielny better than Vertonghen Diet and Davison.

I’m not bias myself of course.?

We need consistency. We need to go away to Burnley next and beat them. No point beating Spurs and dropping the ball next game against a lesser opponent. There is some merit to the criticism in the media. I agree with Souness ( one of the few pundits with management experience) Ozil must not drop effort. Its when you drop that small percentage in off ball work against a lesser opponent when it has an exponential effect on the rest of the team. Suddenly the pressing is no longer collective and instead disparate. We need Ozil and others to keep… Read more »