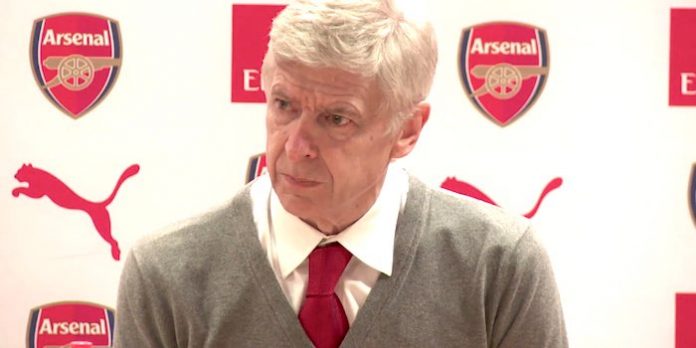 Arsene Wenger has praised his team’s final 20 minutes in the 5-0 win over Huddersfield as ‘fantastic’, but wasn’t playing down the periods of the game when we struggled.

Either side of half-time there was a sloppiness about the way Arsenal played, and but for one superb Petr Cech save the game might have taken on a different complexion.

However, the Arsenal manager was pleased with his team’s reaction, and the way they kept going to rack up the biggest win of the season so far.

Speaking after the game, he said, “I felt that I was not pleased with everything, but we started well and I think after that we slowly lost a bit of our edge, the urgency in our game and a little bit as well in the second half we gave them one or two chances.

“We missed as well the second goal, but after that once we scored we played with freedom, with drive, with creativity and our link play became fantastic to watch in the last 20 minutes.”

As for why his side didn’t convince for periods of the game, he continued, “I’m convinced that we played with a bit of fear at one-nil at some stage because we didn’t play with the freedom, the passes didn’t come early enough.

“We played a bit inhibited and when we scored the second goal everybody was suddenly had more movement and passed the ball quicker, they struggled as well maybe and thought that was game over.

“Maybe we benefited as well from the fact that they had to give a lot for 70 minutes and they collapsed a little bit in the last 20.”

All the same it’s a good way to prepare for Man United on Saturday, although there was an injury blow with Alexandre Lacazette set to miss out due to a groin strain.

We’ve been talking for months and months about giving a team a good pasting to. Build some confidence.

It was fantastic to see that the intensity didn’t drop but in fact went up when we got the second. We should shellack a team more often 😀

Ramsey and Ozil were both fantastic again

Great evening. Take them when they come, regardless of what might happen next

As was Giroud right testes who put two balls in.

Where has this super-critical, demanding Wenger been all these years? Loving it.

Maybe he was analysing a little bit with the handbrake on …

We only hear his public comments.
I’d be surprised if his discussions with players hadn’t always been like this.

Damn that trio of ozil laca Alexis would have given mourinho nightmares…I hope we don’t sell anyone in Jan window since we all can agree we want to see the trio for extended period and potentially win us an Europa and a fa.

In fairness we scored 4 with the OG up top.

yeah but it could be a case of when you hand over a jar to somebody to open..after you have spent a good amount of time loosening the lid.

The jar was really opened after the second goal put in by…Giroud. We toiled before that to put them away …remember?

The trio of Giroud Ozil and Alexis put 4 goals of 5 in the game.

Love when we play like that as we did in last 20 mins but shows how just one player can rub off his qualities on enitire team. Xhaka concentration levels is worrying , he might have got the most passes but everytime he had the ball i was worried , he seems unaware of who is around him. Everyone then starting to misplace their pass even the back three. He needs to improve his game for the weekend . But as soon as we got our second goal the team started passing well and on same wavelengths. Also think kolasinac… Read more »

Worth noting second goal was put in by Giroud with Alexis and Ozil.

Granit’s issue is he isn’t a DM but he is being played in the position. It takes time to get use to having your head on a swivel.

Exactly what you want to hear from Le Boss. Fantastic result and final 20 mins, but always room for improvement. Keep this mentality up and the season could be much more fun than we were fearing..

Plenty of points to play for. Still 24 games left.

How the media can say its City’s is beyond me.

Next game could be critical narrowing the gap to United and opening the gap off of Spurts.

But still a long way to go.

We were due a big win. I had a feeling we would hit five withGiroud knocking in a brace…alas should have gone to the bookies?

First time ive seen in a long time – Alexis looking happy when we scored ie when Lacazette scored. Grasping at straws but hope it means something

We can improve and be more efficient in front of goal.

People wax lyrical about Aol but we toiled for a while before it was Giroud who put in the second . in fact he scored two.

We need to put away our chances. Against a better team they will be fewer and we need to take them.

Goals relief stress on our backline. Its the best form of defense.

I have a bigger beard than everyone

Wenger out now. How much more evidence do we need that he’s pastbit! Pulls in!