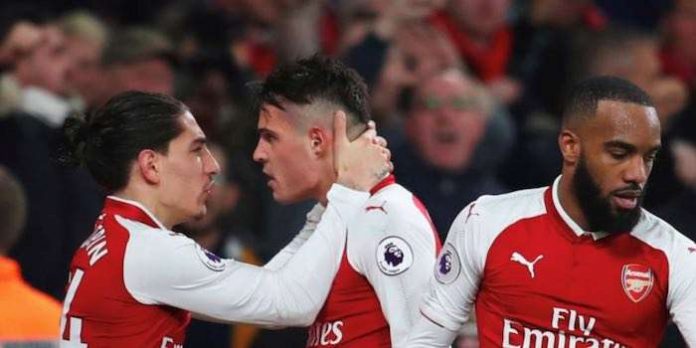 Owing to a work conflict (I’ve got a real job too) I won’t be able to do a post-match stats breakdown and so instead you get my match preview. Hopefully you have it nearby while watching the match and it helps you to laugh at my predictions.

Arsenal travel just a few miles to south London’s Selhurst Park to face Crystal Palace for matchday 20. Palace have had a wild season so far as they lost their first seven consecutive matches to see them rooted at the bottom of the table. Incidentally, while seven losses in a row is awful, the record is 15. That feat was enjoyed by Sunderland in the 02/03 season. Incredibly, they were relegated that season.

While Palace were struggling to score at the start of the season, I was warning anyone who would listen that they were the most *underperforming* team in the League. Using expected goals – which aggregates shot percentages to give us a rough estimate of how many goals a team would score on average from those positions – Palace had created enough chances in those first seven games to earn an xG of 8.97 but hadn’t scored a single goal.

In the 8th game, they beat Chelsea 2-1 (thanks to an OG) but they haven’t fared much better, and despite the uptick in results they are a total of -15.4 xGf (expected goals for) this season.

Palace’s problem is simple: finishing. They are the worst finishing team in the Premier League at just 6%. To put that in context, League average is around 10% for all shots and while Palace are finishing 6% from all positions the two Manchester teams – who both spent £138m on transfers last summer – are scoring 6% and 7% from outside the 18 yard box. Those shots normally score at around a 3% rate. Palace are scoring from all shots at the same rate that the big clubs are scoring on pop shots from outside the box.

Finishing is capricious as Arsenal supporters know. What a manager needs to do is simply set up his team to create the chances, it’s up to the players to knock them down.

Palace at home average 15.8 shots per game at home. That’s 7th best in the League. And Palace aren’t just bombing in garbage shots at home. They have created 22 big chances (shots from close range, one v. one with the keeper, etc) in their 9 home matches for a very respectable 2.4 big chances per game.

Palace’s problem is almost entirely down to one player Christian Benteke. Benteke’s missed penalty the other week – where he blinked more times than a faulty Christmas light – just highlights his woes this season. He has finally scored a goal but is currently shooting 1 for 28.

Benteke gets his shots in the right places as well. He’s tied with Scott Dann for the most shots in the six yard box of any player on his team (4) and has an additional 22 shots inside the penalty area.

As most of you already know, Benteke’s big weapon is his head. He has 15 shots from headers already this season. That’s 4th most in the League behind other weapon heads like Morata (19), Kane (18), and Richarlison (17).

Tactically Palace like to get fouled and they have the 3rd and 4th most fouled players in the League (Zaha and Loftus-Cheek). These players will go down easily any time they get into the Arsenal final third so that they can set up a free kick and get the ball to Benteke. The Belgian attempts more aerial duels than any other player with 14.4 per game, winning a League leading 8 per game.

Palace should start both Cabaye and Townsend. Cabaye is their set play taker and has delivered 14 key passes off corners and 19 off crosses. That’s 6th best in the League this season in each category. Townsend’s job is to also whip in crosses for Benteke and Zaha and he’s 9th in the League in key passes from crosses.

Townsend, Loftus-Cheek, and Zaha are all adept dribblers of the ball. Zaha is 3rd in the League with 4.1 per game, Loftus-Cheek 5th with 3.1, and Townsend 7th with 2.8. Arsenal’s defense will need to crowd spaces for these wide players and will have to actually play a little more conservatively in possession if they want to get points from this game. The Palace gameplan is to dribble a lot with the wide players, get past their man, and whip in crosses to either Benteke or Zaha. As far as I know right now, all of those players will be available today.

Arsenal are also one of the big “xG underperformers” thanks to our bog average 10% finishing rate this season. Meaning that like Palace, Arsenal create plenty of chances but just don’t finish. If you read my columns you already know that a lot of that is because Arsenal have a few players who take too many shots from outside the box. Thankfully, Xhaka finally scored one (thanks to the awful goalkeeping of Mignolet) and has brought his average up to 2.8% (1/35). I’d put money on him taking at least two shots from outside the box in this game.

Arsenal are also struggling in away matches and have taken just 9 points in 9 games, which is 9th in the League. 999… seems perfect.

Arsenal’s struggles in away games are epitomized by their lack of creativity. If we throw out the Everton match where the Evertonians had given up on their manager, Arsenal have created just 8 big chances in 8 games. And in the last two away games, Arsenal have created zero big chances and taken just 2 points. Palace’s home defense is one of the worst in the League, allowing 1.67 goals per game, but Arsenal’s away offense is similarly one of the worst – if we take out the Everton match, Arsenal average just 0.5 goals per game on away days. That’s what Brighton, West Brom, and Swansea average this season.

Arsenal’s best players in away games this season have been their defenders Mustafi and Koscielny. With Ramsey injured, the biggest attacking threats are Alexis, Ozil, and Lacazette. Lacazette is Arsenal’s most potent finisher at 17% (2/12) and it would be nice to see him given a fair number of shots in this match.

Given the Palace rear guard’s size, and injury to Olivier Giroud, Arsenal’s approach play will require Wilshere, Ozil, and Alexis to deliver short passes in tight spaces for good shots in the box.

This is my first season using data to try to predict matches and my prediction formula has this match almost certainly a draw with the slight edge to Palace. Prediction: 1-1, leaning toward 2-1 for Palace.

The predicted score wouldn’t be a surprise. Hope we start doing the business away from home.

Hard to use statistics to an accurate degree, wouldn’t it also be more accurate to only measure stats from matches under their new manager?

Though that would be skewed by a potential run/dip of form running up to their managerial change.

Just wanted to say, again, that I find the way you use statistics–relating them to the players in the positions–really helpful.

Got a feeling we will smash them. 4/5-1 to the Arsenal. (This is my 25th season using my gut to try to predict matches. Let’s better not talk about the percentage of correct predictions ??)

“Hopefully you have it nearby while watching the match and it helps you to laugh at my predictions.”

Anyone else feeling guilty about having no Arsenal players in their Fantasy teams at present?

Nope. I’ve got Lacazette as captain, and he’s scoring a hat trick today.

Forget the stats. This team have last season burned in their memory. They will be out to make amends. 3-0 to Arsenal.

‘Mid-table shit stain’ will be the title of this season’s DVD.

I am absolutely crapping myself as to what debacle of a defensive line up we will see tonite…….
Back 5/4 who fucking knows.
Midfielders playin wing back, out of form players playing all over the shop, Achilles people not rested, Holding and Chambers in the stand, maybe even give Mert another lash at trying a sprint down the middle……….aaaaaaarrrrrrrrrrgggggggggghhhhhhhhh…….gin/gin/gin quick!

After the match–I have to say I did laugh when Xhaka took a shot from outside the 18. To be fair, he had nothing else going in front of him, so why not try? Especially since one of every forty or so is going in.