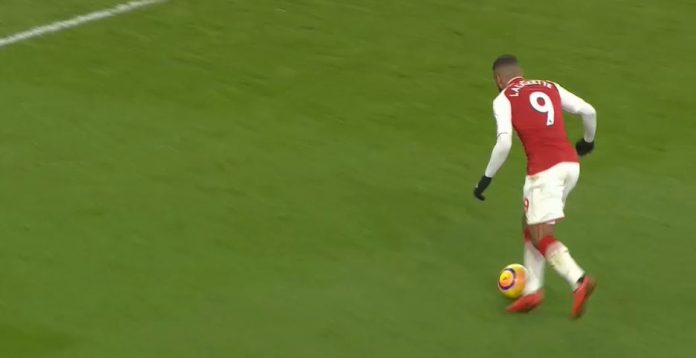 I’m only writing this because I wrote about Mike Dean for the last match and I wanted to be fair here in this match. I don’t want this to be a weekly column about referees. In fact, I don’t know how we would even go about doing that.

Arsenal’s record with Anthony Taylor as referee is actually not bad. Arsenal have never lost a match against a top four opponent when Anthony Taylor is referee and have even won some of their most famous victories when he was in the middle of the park: he was referee in the 2-1 win over Chelsea in the FA Cup final, the 1-0 win over Mourinho’s Chelsea in the Community Shield, the 3-0 win over Man U, and the 4-1 win over Liverpool where he awarded Pool a penalty in a match that saw Arsene deploy a press and force Kolo Toure into some pretty atrocious turnovers.

Taylor averages a penalty every 4.2 matches and his record there with Arsenal is 6 in 22 or a pen every 3.7. Yes, he has given 4 pens to the opposition and just 2 to Arsenal but that’s not an egregious record because the numbers are so small. I really can’t see anything unusual about his record.

Arsenal before the pen

Before Taylor awarded the penalty, Arsenal had the upper hand in terms of shots on target. Alexis had one pushed against two posts, Lacazette had a low shot saved, and Courtoise came up with a huge save off Lacazette’s one on one with the keeper.

Chelsea also had a big chance with Morata free to attack Cech, where the Chelsea man thankfully shot wide when I think 99% of us felt like that had to be a goal. I’m being generous to Arsenal not counting that as a much larger missed chance than I did.

A defense can protect the goal by saving shots, blocking shots, forcing the opponent into taking as few shots as possible, or forcing the opponent to take speculative shots from distance. Man U are the save kings this year as de Gea has come up big. Burnley block shots like Dikembe Mutombo in his prime. And Man City haven’t allowed any opponent to take more than 9 total shots in a game all season.

Keeping that Man City stat in mind for a second… In the first 66 minutes of this match, Arsenal were carved open by Chelsea 10 times for shots in their box. You can’t really say that a team has had a good defensive performance, especially in a home game, if they let the opponent take 10 shots inside their 18 yard box in the first 66 minutes. So, what we saw in the first 67 minutes was a fairly close contest but only close because Chelsea had failed to score by their own bad luck rather than anything special that Arsenal had done on defense.

Of course the penalty changed the game, which you can also see in the stats above. Chelsea got much much better after they won the pen. But they were already good for at least a goal before that.

Some familiar themes e.g. Alexis passing. AMN did well, looking forward to him progressing to midfield.

I hope we don’t face it soon but should the 16th spot kick against you arrive, Petr, please just stay in the middle and not dive to either side. The likelihood of you breaking the duck would be higher

YES> I’ve been saying this since September! 25% of the attempts in the last year have been up the middle. Just try staying up and reacting. Or feint and stay up.

But if you’re up and miss it even nearby you might look a fool. That’s what I think is why keepers all still pick a side.

The defence is what is holding this team back from being a very good team. Jamie Carragher feels our front three – AOL can compete favourably with City’s but are “let down by what is behind them”. I hope we can somehow sort that out this second half of the season. Top 4 is not gone; we are still in with a shout.
The next three games (Bournemouth, Swansea, Everton), should see us put nine points on board – ideally. From there, who knows?

It’s our defence that’s our weakness not our defenders. How Steve Bould sleeps at night is a mystery to me. Wenger must be ordering the rest of the team to leave it to the back line.

Would like to know what Xhaka’s defensive stats were (blocks, interceptions, tackles, dribbled past by).

I once tried comparing his stats with Ramsey’s (before he got injured). It’s pretty amusing how ramsey outperform him on any relevant offensive and defensive stats except for number of pass and clearance. To this day i’m still wondering what is he supposed to be good at except for sideway passing.

Xhaka: 3 tackles, 3 dribbled past, 1 interception, 1 block. Kante: 4 tackles, 0 dribbled past, 4 interceptions, 3 blocks. I thought about doing a comparison position by position but I think the smart people would complain that comparing Arsenal players to any other position on the opposition team is silly since Arsenal players don’t really have any analogous mirror positions in world football. Xhaka isn’t a DM. There is no DM at Arsenal. So me comparing him to Kante above using defensive stats is always going to compare unfavorably. Same with Fabregas. Maybe that’s the better comparison? In which… Read more »

I get that from a keeper’s perspective saving penalties is tough and the odds are against them. But 15 spotkicks conceded? That just makes for horrendous reading. At some point you’d expect him to dive the right way and atleast get a hand on it. It’s ridiculous how such an intelligent guy as Cech can’t ever seem to read the player and always seems to go the wrong way.

Statistically it would be better if he just dived the same way every time. It seems like he tries to read the player and always picks the wrong option. If he just went left, say, every time and waited long enough that he didn’t advertise it, I’m sure he’d save at least the odd one or two.

The opposition scouts would soon clock he was on,y diving left and he would never get a kick that side again. He has to try and mix it up

To me it looks like the key stat in there is big chances missed by Morata.
If Chelski had had pretty much anyone else up front they’d have tucked away at least one of those howling misses and we’d have been screwed.

Nothing to do with Arsenal then? How many times have our defenders been slagged off and told if we’d have been playing against a quality team…… blah blah blah!

great read as always. on the last stat, please also include total number of big chances to arrive at the % of big chances missed, which would paint a more accurate picture on the “awfulness” of the strikers

I assume the ExG for a penalty is something like 0.95, but I think the future state of that statistic should factor in how likely it was for the referee to award a penalty in that scenario.

Of course, then you have to factor in which team the player plays for and who the referee is and all that. Could become complicated…

Lacazette big chance miss might hide the positive things he did.. Held the play up front much better/equal to that of giroud despite his physical disadvantage, uses his body extremely well, and has excellent awareness of runners near him. Look back at replay and you will find numerous instances where he wasn’t played the right ball. It seems like he is growing ever frustrated at the lack of chances created for him and that plays a minor role in his missed big chances. Despite his lack of goals in recent games, his performances look very positive. And its only a… Read more »

Great work!
Have always had this belief that some of the strikers that get a lot of flak for missing easy chances (Higuain, Cavani, Morata) are also the ones that just get a lot of chances in general. The fact that Salah and Aguero are among the players with the most missed big chances and are also among the league’s top scorers sort of backs that.