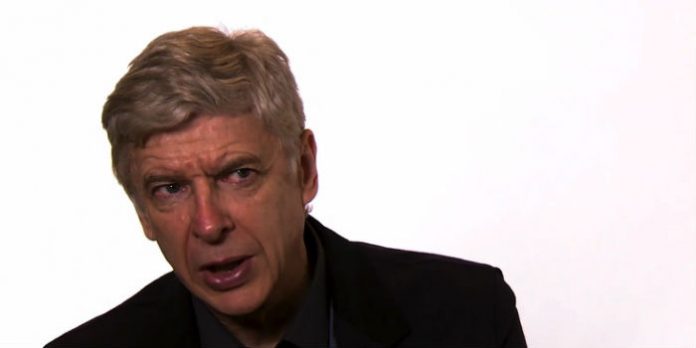 I apologize that I haven’t been terribly consistent about posting these tables here on Arseblog News. In my defence, it takes about 30 minutes per match to compile this data and there are times when the weekend’s matches have finally completed and I just don’t want to look at a computer. So, instead of spending 5 hours compiling data, I just go outside and play with the dog or – gasp – a fellow human. They do exist outside of Facebook, blogs, and Twitter.

Here is the first table sorted by total points:

What my database adds are Big Chances (“BC”) and shots in prime (SiP). I’ve explained both of these concepts many times before but let’s do it one more time just in case someone is reading my column for the first time: Big Chances are shots that are one-v-one with the keeper, shots against an open goal, or shots from so close that the player almost HAS to score – these are defined by Opta for me and I just accept their definition, if a shot has the tag “big chance” I put it in my database that way; Shots in Prime (SiP) are a bit different in that they are just a shot taken in the area between the goal line and the penalty spot, I further refine the shots by making a sort of half-circle between the 6 yard box and the penalty spot. You should also know that Big Chances can happen ANYWHERE on the pitch (there was one this season from about 45 yards) and do overlap with SiP (so some BC are SiP and some SiPs are BC) and on this table they are usually counted twice but that in my xG calculations I do NOT count them twice.

Arsenal’s defense is a shambles. Of course I didn’t need to tell you that, you’re probably an Arsenal supporter and you’ve probably watched Arsenal play football this season. But more specifically, Arsenal lead the League in defensive errors leading to goals with 11 – 4 of those errors have come from Petr Cech alone (leads the League as a player).

As a result of Arsenal’s sloppy defending and ephemeral midfield Arsenal have allowed their opponents to take 41 Big Chances (10th in the League) this season. This is 1.64 Big Chances per game and is an uptick off Arsenal’s hilariously bad defending from last season where they averaged 1.55 big chances allowed per game. Both of these numbers are massive increases off Arsenal’s 2015/16 season when they allowed just 35 Big Chances, less than 1 per game.

You will also notice that Arsenal have allowed 22 goals off shots in prime. This is tied for 6th worst in the League with a group of clubs like Everton, Swansea, Newcastle, Brighton, and Southampton. This is a massive uptick again from the 2015/16 season when Arsenal allowed just 14 goals off 97 Shots in Prime and Petr Cech saved a League high 64% of those shots that he faced.

This season, Cech is simply not saving Arsenal. Here is the finishing percentages and saves percentages chart, still sorted by points.

You should know a few data points here.

First, Big Chances are converted on average of 45%. Arsenal’s conversion rate of 38% is 7 points below average, which is just about 4 goals. That doesn’t seem like a lot but would put Arsenal as the third best attack in the League, rather than tied for 5th with Chelsea.

The other place where Arsenal aren’t converting goals is on shots from outside the 18 yard box (not pictured here). Arsenal have just 2 goals on 172 shots from outside the box. Normal conversion rate is 3% and if Arsenal were converting like a normal team, we would expect to see 5 goals from distance. This doesn’t seem like much but if Arsenal had scored a goal from distance against West Brom, West Ham, and Watford, we would be looking at 7 more points this season and Arsenal would be fighting for top 4 rather than almost certainly finishing in 6th.

But it’s defense where Arsenal have struggled the most and (unlike offense) I can’t really even say that Arsenal have been unlucky.

Last season and the one before Petr Cech was tremendous in terms of SiP saves. Last season, he saved 53% of the Shots in Prime that he faced, the season before 64%. Those were both top of the League numbers. This season, however, he is 2nd worst in the League, saving just 35% of the shots he’s facing in Prime.

Just to put that in context; Arsenal have conceded 22 goals off 34 shots faced in prime. In 2015/16 Arsenal faced 39 shots in prime and only conceded 14 goals. In 2016/17 Arsenal faced 63 shots in prime (that number went up because Wenger abandoned defensive duties for the midfielders) and conceded 27 goals.  If Cech saved 65% of the shots he’s faced in prime this season, Arsenal would have conceded 10 fewer goals than they have this season. If he saved just 50% we would have conceded 5 fewer goals. Like shots from distance and big chance conversion this seems like small numbers, just 5 fewer goals. But in the context of a single game, like against Swnasea, where if he just saves 1 goal in prime, or stops 1 big chance, or even does both in a game, the outcome of the match is different and Arsenal go from being a 6th place team to again fighting for 4th.

But that would require Cech to be OVERperforming, Arsenal’s defence is getting just about what it earns. Now let’s look at the table sorted by “expected” goals difference:

The bad news is that Arsenal don’t look likely to climb up the table anytime soon. The teams above Arsenal are better at all of the things that make a team a contender for top four. The one hope would be that BOTH Chelsea and Man U “revert to norm” or start seriously underperforming. Arsenal would have to win every remaining match and both teams would need to lose 4 of their remaining 13 games for Arsenal to jump up into fourth place. Man U, I suspect, should actually slide quite a bit at the end of this season: de Gea can’t keep saving them at the rate that he is and they can’t keep banking on lucky shots from distance to win them games. But they would have to lose 5 games to drop below Arsenal and man that is one tall order.

The worse news is that there’s almost no chance for Burnley to sneak in to 6th place either. They were always a fake team, built on getting lucky defensively. That luck seems to have run out and they have taken just 4 points off their last 8 games. I expect them to go the other direction and drop down the table from here on out and for Everton to overtake them.

Sorry, folks, Arsenal are finishing 6th this season. It’s about as nailed on a bet as you can get.

Source: Opta, which I painstakingly enter, by hand and eye, into my personal database. All formulas are my own and bear little resemblance to the official Opta “Expected Goals” formula.

Arsenal 0-1 Leicester: By The Visuals

Fascinating figures thanks for the work behind it.

6th it is, just have to concentrate on the cups.

And frankly it has been for some time. Even when we’ve been closer in the table, it’s been clear that we are the worst of the best this season. Anything else would also have been a huge surprise bar a classical 5pur2 collapse. Still loving the odd performance and the prospects of cups. I have little hope though that Wenger will prioritize them. Except maybe, just maybe, he knows this is his last season in charge and that these represents his last chances of silverware and in competitions he hasn’t won before?

Well that is negative

And right now I need to positives !

Good article. Almost as fascinating as it is depressing.

Cheer up. Next season. And some important games against Östersunds and City to look forward to.

If we win all our remaining games, Chelsea and Liverpool only need to lose 3 for us to get into 4th don’t they? Or am I missing something?

IF we win all our remaining games. With our defense?

Thanks Tim. This is pretty much exactly what I predicted at the start of the season on your blog. The only thing that takes us to fourth place now if Cech grows two extra arms that he pulls out from underneath his shirt just in time to freak the opposition out before they shoot. We could do it you know. We have the tech. Just need to get Cech to sign the release forms. Still – one never knows. It seems Chelsea has started their biennial meltdown and it’s tough to predict with Liverpool and United these days. I think… Read more »

For me, the interesting question to ask is when were Arsenal FC aware of this numerical situation–perhaps this is what sanctioned a January sale of Sanchez. The damage has been done. Still, as the old adage goes, “anything can happen in football.” That line is going to kill my heart one day.

bottom line is , we are crap , we need better midfielders and a better defence, and to top it off , we need a new manager , that’s all you need to know

With these stats, when does ManU revert to the mean? In some ways they have been worse than us!!

@7amkickoff why not write a Python script to pull the data from the site rather than typing it out! Could save you a lot of work!