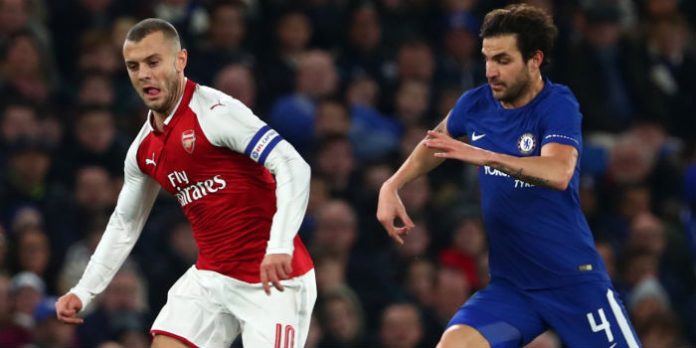 Following the announcement of pre-season fixtures in Singapore which will see Arsenal play Atletico Madrid and PSG, further details have our summer fixtures have emerged.

In another game which is part of the ‘International Cup of Champions for Champions who aren’t necessarily Champions but might win a Cup’ series, the Gunners will take on Chelsea in Stockholm on August 4th.

The game is scheduled for the Friends Arena in Stockholm, with local kick-off time of 8.05pm, however there is a chance the game might not be played because of Chelsea’s involvement in the FA Cup.

Antonio Conte’s side take on Southampton on Sunday in a semi-final, and if they were to win the trophy, they’d play in the Community Shield which is set for August 5th.

The other semi-final, between Man United and Sp*rs, sadly has to produce a winner, and nobody wants either of them to be happy or to win anything, so the ideal solution is for Southampton to beat Chelsea on the way to a first FA Cup final success since 1976.

BUT WAIT, if they do that and we finish behind Burnley in the league, our Europa League campaign would start on July 26th in the second qualifying round.

Heavens to Murgatroyd, it’s all getting quite complicated.

Would we actually qualify for the Europa League when S’hampton wins the FA Cup and we finish 7th?

Yes we would. The blog is explaining the implications if that happens

Stop travelling around the world playing meaningless matches and then losing early games of the season. Use the travel time training and getting strong.

Not how modern football I’m afraid.
Or, yeah, do that and only that, and this club would be the stature of freaking preston north end (with all due respect).

You cannot have it both ways. But we can be without Wenger. Really, it needs to be his last season.

I once traveled to Sweden. I think of myself as a nice looking man, fairly well groomed, nothing special you understand, but someone whose face you’d look at and say, ‘that is a man of no consequence whatsoever, either way’. Anyway, I felt really, quite exceptionally ugly in Sweden.

I loved my stay in Lund, a few years ago.

I felt I was the most alive and emotionally intelligent human around (for a change!).

“that is a burger of no consequence whatsoever, either way”, fixed 😉

So no Dublin friendly. Just add that to the Arsenal let downs folder

I would still rather see Southampton win, even if it means we have to play some qualifier for europa