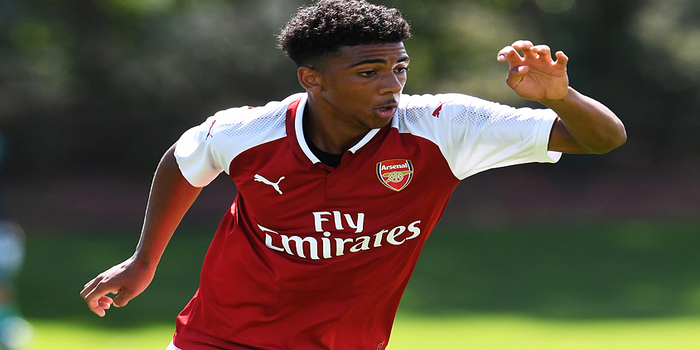 If Arsenal are to win the FA Youth Cup for the first time in nine years then they will have to do it the hard way after they were beaten 3-1 by a spirited Chelsea side in the first leg of the final at Stamford Bridge.

Although Arsenal took the lead through a fine strike from Xavier Amaechi, Chelsea were the more impressive side overall and merited their victory, which was earned by a brace from substitute Daishawn Redan and a goal from Marc Guehi.

The return leg is at Emirates Stadium on Monday night, meaning Arsenal must quickly forget about this defeat and look to stage what would be a rather dramatic comeback against the club that have won the last four editions of this prestigious tournament.

Arsenal were cheered on by a small section of supporters and they managed to withstand the early Chelsea pressure, with goalkeeper Joao Virginia frequently called upon to make some important interventions.

It seemed a matter of when, rather than if, Chelsea would open the scoring, but, to much surprise, it was actually Arsenal who managed to break the deadlock when the sprightly Amaechi’s effort went in off the post in the 36th minute after he was teed up by some clever play from Emile Smith Rowe.

Smith Rowe, as he has often has been in this campaign, was at the hub of much of what was good about Arsenal’s play, but, bizarrely, he was taken off in the second half and replaced by Trae Coyle.

Deprived of the services of their key asset, Arsenal all of a sudden lacked cohesion and lost all of the momentum that they had been building up.

Chelsea capitalised immediately, with Redan finishing adroitly through the legs of Virginia.

There was further misery to come, with Chelsea eventually taking the lead when Guehi capitalised upon some slack defending to make it 2-1.

A 2-1 defeat wouldn’t have been an especially bad result for Arsenal but the fact that Chelsea added a third, when Redan punished yet to more disappointing defending late on, means that Kwame Ampadu’s side have much work to do if they are to turn this tie around.

Smith Rowe had been excellent up until being withdrawn, although it could be the case that he was taken off due to fatigue as he has only recently returned from injury.

Arsenal also had cause to be aggrieved with Guehi’s goal as there appeared to be a foul in the build-up to the corner being awarded, but ultimately Chelsea deserved the win, although perhaps not the margin of it.

“when Redan punished yet more disappointing defending late on…”

Hm. Disappointing defending late on, you say. All we needed was to hold on to what would have been a not terrible result, you say.

“Through the legs of Virginia”. Bet it is the first time that has happened.

thought our goalkeeper ( Virginia ) was better than cech, made some good saves, and his positioning was excellent, but after rowe went off we lost it, I cant see us getting three at home