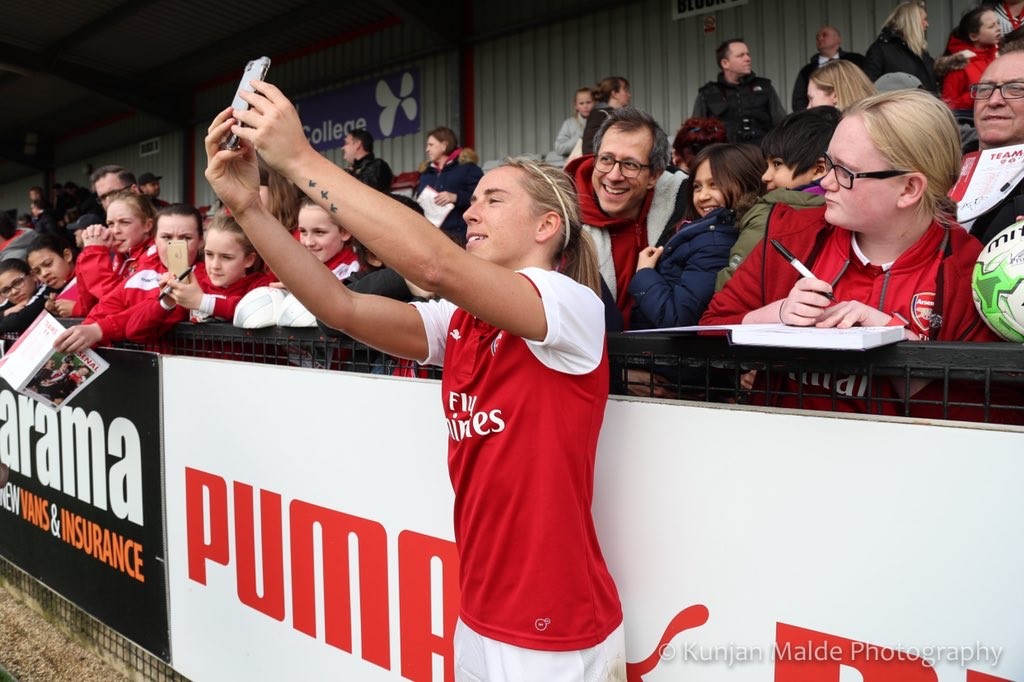 Arsenal Women ran out 3-0 winners at home to Liverpool Ladies last night, with a goal from Ireland captain Katie McCabe and two goals from Jordan Nobbs – her 50th and 51st goals for the club. Nobbs spoke exclusively to Arseblog News immediately after the match.

On reaching 50 Arsenal goals…..
To be honest I completely forgot about it until I heard it on the tannoy. It’s great to score any goal for this club and to get to 50 is a great achievement for me. Hopefully there’s plenty more to come!

A historic goal for a @ArsenalWFC LEDGE.

On scoring her 51st Arsenal goal direct from a corner…..
I scored from a corner against Millwall in the Conti Cup earlier this season too, my aim is to whip it in as close to goal as I can and either somebody gets a flick on or sometimes they go straight in. It’s definitely an area I look to hit and I will take any goal I can get!

On what was said with the score 0-0 at half time…..
We knew our build up play was good, but we were just lacking a bit of quality in the final third in the first half. We were getting a lot of the ball but that final pass where we weren’t clinical enough. In the second half, we had far more joy with that and played with greater intensity. Katie scored a great goal which was a relief for us and helped us to relax a little.

On the tough schedule in the final weeks of the season…….
We just have to knuckle down, everyone has the same type of schedule at the moment, with a lot of games in quick succession. We are not looking for any excuses, we just need to make sure we are playing to the best of our ability and recovering well. We’ll be ready for the Birmingham game on Sunday because we need those three points again.

Is there a place to watch the ladies team and the youth teams games?

This one was streamed on Facebook. I would say about half the games are on now either on BT Sport, BBC or else streamed live on Facebook. The midweek ones often end up on FB on the FAWSL Facebook page.

Great result and personal scoring record for Jordan Nobbs. Is there anywhere we can see the goal from Nobb’s corner?

Ok, thanks for the heads-up Tim.