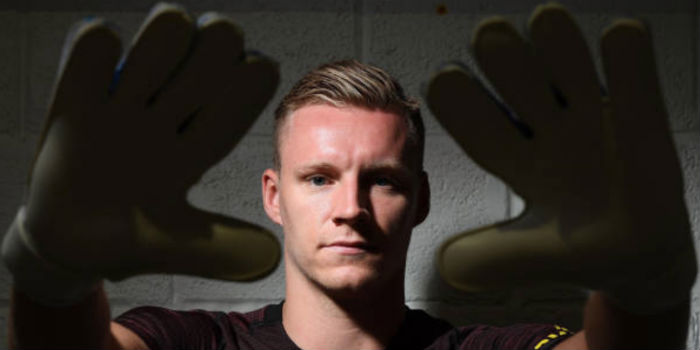 Bernd Leno admits he felt a range of emotions when he heard that Arsenal were interested in signing him from Bayer Leverkusen.

The 26-year-old Germany international joins the Gunners in a deal worth around €25 million and is expected to compete with Petr Cech for a place in Unai Emery’s starting lineup.

“It feels very good,” said Leno when speaking to the club’s official website about his move.

On how he felt when the Gunners first made contact, he went on: “I was excited and proud too, because Arsenal is such a big club all over the world.

“In Germany, Arsenal are so famous and when I heard it, I was a little bit nervous but at that moment it was clear for me: I wanted to sign for Arsenal.”

Happy and proud to play for this great club @Arsenal in the future! I’ll do my best and I‘m looking forward to the start of the new season as a Gunner. ??

Echoing the sentiments of fellow new boy Stephan Lichtsteiner, Leno also touched on his desire to help Arsenal get back into the Champions League as soon as possible.

“I think the history of the club, the fans, the quality of the club and of the team is so good,” he added.

“Arsène Wenger was always the coach at Arsenal but now it’s a new chapter for the club.

“I spoke to Unai Emery and he said that he believes I’m a good goalkeeper, and that he wanted me to join.

“For me it was clear that the club and the coach wanted to sign me, so I’m happy that all the people at the club said that I’m a good goalkeeper.”

Best of luck to Bernd, here’s hoping he can take his game to the next level under the guidance of new keeper coach Javi Garcia.

Leno: We missed the lucky punch

Can’t help but sing the song ‘poor leno’ by Royksopp every time I see his name. I hope we don’t need to chant it from the stands

Don’t le no Bernd shots in

And? Is he doing something interesting?

Bloody hell. It sounds like emery doesn’t fuck around and plays a straight bat. Glad the club are being decisive and unfortunately for Jack he never fulfilled his potential, whether that is due to injuries, professionalism or tactical nous.

He is leaving Arsenal :/

Well, it’s unfortunate that it’s come to this, but c’est la vie.

Thanks for the memories, & your service, Jack.

All the best for the future (except when playing against the Arsenal).

One of them is lying!
Reply to  Magneto

I am sad…cause Jack represnted a hope, a dream. Not only was he so skilled also had that fearless mentality on the field. I remember that game against Barcelona…getting on toe to toe with Xavi, Iniesta and Messi…at 16 years of age. Oh the things we could have achieved!… with a Diaby Wilshere Cesc midfield… that’s why some us still didnt give up on him, even though deep inside it felt like he could never be back to that dazzling best. I always wanted him to do well, just as I wanted Wenger to leave on a successful note…but some… Read more »

IIRC Jens wore long sleeves and he had fewer hinges than most.

We must be the most German club outside of Germany now

With our three German players and all that…

lol true, although we also have two Swiss and two who played for Dortmund with another on the way

we’re shirley the most bundesliga club outside of the bundesliga

Yep,and the Bundesliga is shit-Munich apart!
Will be a hell of a season

And Kola was born in Germany

Welcome to the Arsenal, Bernd!

His father Jay must be so proud

Until the fans start to shout that you are shit after a game where we don’t do so well… Then you see not really everyone thinks you’re good. I’m sure Afan thinks you’re shit already