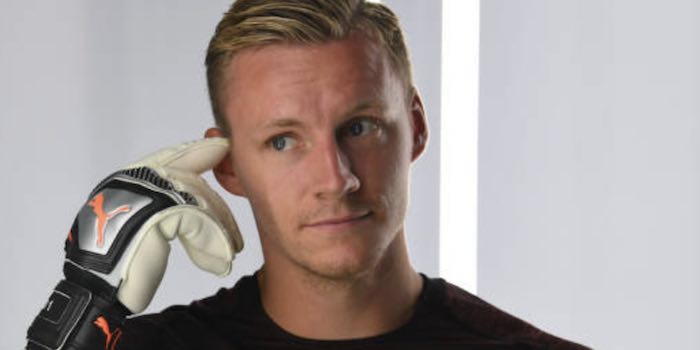 A few eyebrows were raised when Unai Emery selected Petr Cech ahead of Bernd Leno on the first day of the season. After all, it’s not often a club splurges so much money on a keeper and then sticks him on the bench.

When you consider the Spaniard is looking to implement a ‘play from the back’ policy, the decision to plump for a 36-year-old over a keeper who is known to be adept with the ball at his feet, well…it’s even more of a head-scratcher.

As it turns out, Cech – one hair-raising moment in that City defeat aside – has done pretty well between the sticks so far, certainly from a shot-stopping perspective.

Sitting on the bench for three consecutive games, you might forgive Leno some soul-searching, but he’s optimistic that he’ll get opportunities to prove his worth soon.

“I am convinced that my change was the right decision,” he told homeland publication Bild about his move from Bayer Leverkusen to London.

He added: “I’m not crazy. It may take a few weeks or months, but my time here will come.”

On the attraction of the Premier League, he went on: “Although I have not played yet, I feel very comfortable. Every matchday you feel there’s a highlight, a real cracker [of a game].

“The Premier League has more to offer than the Bundesliga, which certainly has to do with the amount of money that is circulating here.”

We were used to Arsene Wenger rotating his keepers for the cup competitions. We’re expecting something similar from Unai Emery although it’s hard to second guess our head coach right now.

If he does switch things up, Leno can look forward to game time in the Carabao Cup and Europa League before the end of next month. It’ll be interesting to see how he fares with the cut and thrust of English football.

” After all, it’s not often a club splurges so much money on a keeper and then sticks him on the bench.”

CL success is overrated. I would take the league over CL anyday.

Why did people down vote adgonner?

The league is 38 games. The CL is like 10 games (and sometimes less if the group stage is against poor poor teams).

I dont like it when teams in the past have finished like 3rd, 4th or even 6th in their league (real, milan, liverpool) and won the CL the same year and claim they are Europes best team. BISH PLEASE YOU WERENT EVEN THE SECOND BEST TEAM IN YOUR OWN COUNTRY THAT SAME YEAR!!!!

You can’t believe they spent a ridiculous £ 35 mil on a keeper that’s worth at least £ 90 mil?

Still a bit confused by this. It’s not just about playing out from the back, it’s also about the pressing. If we play a high line, wouldn’t it make more sense to play a keeper with a higher starting position in order to sweep up balls over the top. Though Cech has been pretty good in the last couple of games, surely a sweeper keeper would be a better option. Guess we’ll wait and see

I agree with all you said have said it many times myself I think Emerys game-plan is more naturally suited to Leno however I also believe that Cech is playing outta merit he is an elder and captains material so unless Leno can prove he is clearly better I think Emery will opt for him. He (Cech) was good in preseason and looks better so far than he did last season. Leno needs to up his game and take the chance when it’s given.

I think Cech’s playing because Emery knew the defense was going to be extremely nervy to begin with and would need constant bailing out.

Not to say that Leno can’t stop shots, but if he had the first game of the season that Cech had, his confidence would likely be shot right out the gate. Cech just smiled, said he loved the new system and moved on. That’s what experience can do.

I like that Leno’s willing to play the long game. After all, Cech is 36, we’re in the need of a new first choice sooner rather than later.

i remember reading about how barca handled ter stegen after they bought him. he was exactly like one of the the most promising goalkeeper at that time. but unlike liverpool and united who stuck de gea and karius right that instant itself under limelight , barca took time to introduce him to the league. and unlike ter stegen , karius and de gea struggled a lot in their first season. it speaks volume about the character of de gea that he managed to built up his confidence and became one of the best keeper in the world. but karius sunk… Read more »

Right, people conflate a keeper’s ability to play out with his role as a “sweeper-keeper.” Obviously, many keepers who are good at one are also good at the other, but they really have different tactical purposes. A quick, mobile, keeper makes it much easier to keep a high line. Even if he just belts it forward every time he gets the ball, it means an opposition through ball or a pass “over the top” has to be much more accurate to get behind the defenders.

I was thinking at the end of last season…. That it’d be a great idea to spend a third of our insufficient budget on a back up goalkeeper.
I certainly wasn’t Ospina’s biggest fan, but he was “Ok” as a backup….

We do some really really strange things.

Actually he wasn’t good as a back up. Too error prone and no command of his area.

honestly this is what planning looks like. This is likely Cech’s last season as a starting keeper at a top 6 club in the PL (he’s playing well but showing some signs of his age). It’s not the worst thing in the world to do what Juventus did and bring in his replacement and let him bed in for a year before taking over. Far better than throwing leno behind a really poor defense and crushing him right out of the gate.

Splurge is too strong a word. 20 mil is a Walmart price in a market where (supposedly top) keepers are going for 50+ mil. I haven’t seen him play, but I presume someone may have made a video of his not so stellar moments. IMO, a keeper is not only defined by his saves, but also the goals he lets in.

High salaries for keeprs has been a very recent development. When he was signed in the summer he was the 6th most expensive keeper ever signed.

A Different George
Reply to  N10

A recent and bizarre development.

Think Petr has upped his game from last season, first game short-passing aside. Not a bad thing to have, 2 really good goalies… we have wanted (and needed) competition for so long, in every position. I do wonder though, whether Martinez will get any game time at all this season

“My chance will come”

Sure as hell better for 20 million mate.

Pointless signing considering we had more urgent areas to spend money on. 20m and extra on the amount we paid to sign Sokratis would’ve gotten us a very good defender. If he can’t bench Cech, then something is wrong. It’s obvious Emery had no say in signing him. Sven has been poor so far in his signings. I look at Spurs and it’s crazy how they’ve overtaken us. They are what we were doing the project youth era. Now we have an unbalanced team filled with our best players closer to 30. Club keeps regressing every damn season. We’re now… Read more »

Agree. We haven’t been spending as well as some like to make it out to be. The results have been mixed. Last January, we mucked up signing Aubaemyang which precipitated losing Giroud, an experience striker who would have given us an option in the important Europa. Sign Auba by all means but we should have kept him at Dortmund till the summer when he could have left less acrimoniously. At the same time we stupidly refused city’s lower offer but then got sucked into United and the agent dictating on Alexis with Mhkitaryan not exactly what we needed having lost… Read more »

just to be clear santori since you keep going on and on about how dumb it was to sign Auba & sell Giroud (as he asked us to) b/c Giroud would have presented a different option. Do you really believe not having Giroud was the difference between us beating and losing to Athletico? I love Arsenal but they pretty easily beat us that tie – they were down to 10 the whole game and still drew us and then shut up shop after getting a goal in Madrid. Giroud wouldn’t have changed that.

We lacked presence in the box against Atletico Madrid. I am sure we would have won the first game with Giroud.

Boateng who turned down Man Utd cos he felt his chances of winning the CL were better by staying at Bayern. Yeah, he would definitely have signed for us.
And you’re giving out about buying (who we got for free!) a right back cos we had AMN……..and yet you moan constantly about playing players out of position?

Spurs? Seriously?
They’ve played Newcastle (we’re to toothless that our game plan is to play for 0-0), Fulham (we’re so far out of our depth that you can see the fins circling) and Man U (our manager knows everything there is to know about football and he says we’re utter shite).

Probably more based on the last couple of years than this season. If you were being honest with yourself, which players we have would make their starting XI? Ozil on his day maybe.. Koscielny on his if he makes a full recovery. Monreal probably if anyone other than arsenal fans actually watched him. Then I honestly struggle.

I agree. Spurs are a better team than us.

A Different George
Reply to  Mc1892

You don’t think Aubameyang would play? Or Ramsey? I think you have bought into a lot of hype about English players.

James
Reply to  A Different George

Aubameyang ahead of Kane? I don’t think so.
Most teams want Kane but can’t afford him, Aubameyang was there for the taking at Dortmund.

Ramsey doesn’t score more than Dele and Erickson is their best midfielder and also one of the leagues best. Annoying as he only cost £10mil as was very gettable.

Do not understand people with the mentality that Leno must start ahead of Cech or Torreira over Granit or Holding over Mustafi. Granted Cech has had a little teething issues with getting use to playing out of the back, there is nothing to suggest Leno would be better. Its on the onus of the younger keeper to displace the experience of the veteran who is still very much in his prime. Granted Torreira would possibly have better innate sense defensively, he is yet to get up to speed of PL and we saw against Chelsea he was dispossessed a number… Read more »

How dare you to criticize Guendouzi with a completely true argument? 😀

Absolutely bollocks. We want to try Holding for a RUN of games because Mustafi has got us out of the champs lg positions for last 2 seasons further from a title in since 1996.we want to try Leno because Cech has got us 6th in the League and is no longer a world class goalkeeper. Xhaka exactly same reason! We want torria, leno, another cb to given a chance. Because what we have hasn’t been up to standards being 1st choice at Arsenal Football Club!!!