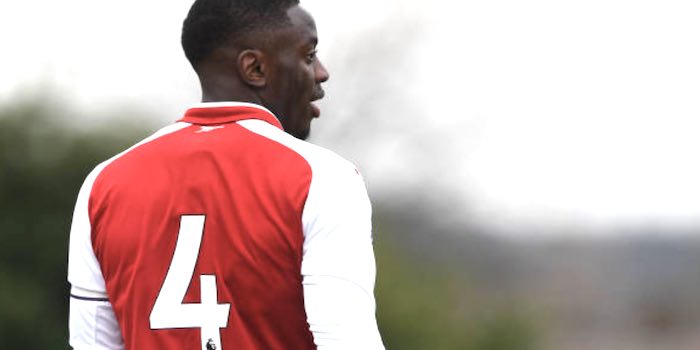 The Birmingham Mail suggest that despite restrictions placed on their transfer business by the EFL (English Football League), Birmingham City are hopeful of signing Josh Dasilva from Arsenal.

In an official statement earlier this week, the Championship side said, “Unfortunately and disappointingly the EFL are currently refusing to allow us to make additions which would enable us to strengthen the Manager’s squad.

“We are hopeful that a satisfactory agreement can be reached with the EFL as soon as possible to help ensure our continued competitiveness in the Championship.”

However, the report states there’s a loophole which would allow them to sign the 19 year old on loan:

The EFL will permit the signing of a player if the club’s current squad consists of less than 24 senior players (senior being defined as players aged 21 or over and who have made five or more first-team appearances) and if the salary of the incoming player is less than £600,000 a year.

Dasilva is well thought of at Arsenal, but at an age where he could do with playing regular football in order to develop. He made it to the fringes of the first team last season and made three appearances, all in the Carabao Cup.

Over the years, the Gunners have loaned the Blues a number of players with varying success. Nicklas Bendtner and Seb Larsson both spent a season at St Andrews, while last year full backs Carl Jenkinson and Cohen Bramall endured trying times during their loan spells.

The two are currently surplus to requirements at Arsenal right now, and it’s likely both would be available for free to potential suitors.

What next for Dasilva after new Arsenal deal?

Shouldn’t loan anyone to Birmingham city after last years experience.. or must play certain number of games clause needs to be included.

That’s ridiculous, would you be happy with us giving a new player a clause guaranteeing he plays every game?

Jenkinson would’ve probably got more games last season but got injured early on in his first game. When he came back from injury he was well of the pace. In a relegation battle you cannot afford to have players not ready for the fight. Bramall had some very good qualities but his positional play was woeful. You cannot have players so undisciplined. Bielik who we had a few seasons back looked a great player and integrated nicely in the side. I do like the sound of Joshua Dasilva he is exactly the sort of creative midfielder/ striker we need. A… Read more »

to be honest that was possibly arsenals thoughts, at least the first part about refusing to deal with them.
however their transfer predicament means that there is a much higher probability that incoming players will get games.
If you have lawyers finding loopholes in your sanction to sign players it surely means they are wanted.

Better to play in league one than watching the others from the bench. Luton is not far from Colney. And we had a good experence with Coquelin at Charlton.