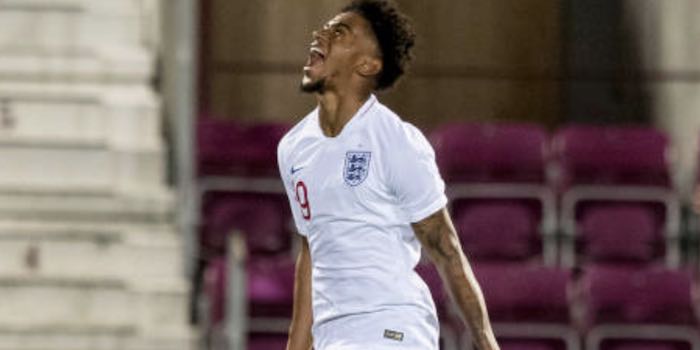 Reiss Nelson’s star is undoubtedly on the rise. The 18 year old has scored twice in his first three games for Hoffenheim; he scored during the England U21s 7-0 win over Andorra; and he’s hit the net again with an absolute peach of a free kick in the 2-0 win over Scotland this evening.

Great way to end the international break with @England ???. Back to league football in ?? pic.twitter.com/pz14VR2gp4

It caps a great international break for the exciting winger, and he’ll return to Germany looking to get more Bundesliga playing time and experience under his belt.

Last night, Eddie Nketiah scored for the England U20s as they were held to a 1-1 draw with the Czech Republic, and he’ll be hoping for some playing time in the next round of the Carabao Cup when the Gunners take on Blackpool on Halloween night.

Mkhitaryan scored one and assisted two today against Macedonia as well.

That’s a peach of FK

It’s difficult to not be impressed by how is developing. Looking forward to having him back at arsenal next season

Nelson looks to have an eye for a goal. Most other young players aren’t a patch on him.

Cancel his loan andcsend guendouzi on loan. Im so happy a.m.n is back

how is it over there in the fifa world?

Good FK, but if you watch the goal keeper he really had all the time in the world to save this but messed up… im happy for Nelson. Hopefully he can come good, we need wingers

He looks like the real deal….can’t wait for next season when he is back. Guendozi, Nelson, Holding and Nketiah making the first team all at once would be lovely

On an unrelated note, where do you foreign gooners go to get tickets to matches at the Emirates….every reseller site seems to quote crazy prices…and if that is the norm, any recommended sites?

Arsenal tickets FB group or Twitter. Many thousands of members, strictly face value- if anyone tries to sell for more can report them and they’re booted. You can get tickets to practically any game, I made the 2014 FA cup final through it!

Please don’t use those websites selling for hundreds. It’s a disgrace.

Early days, but this loan seems like it might pay off. Feel like his game is progressing under Julian Nagelsmann, getting goals, improving touch and looking confident (from what little I’ve seen). Shows the value of loaning out players to sides with an excellent coach.