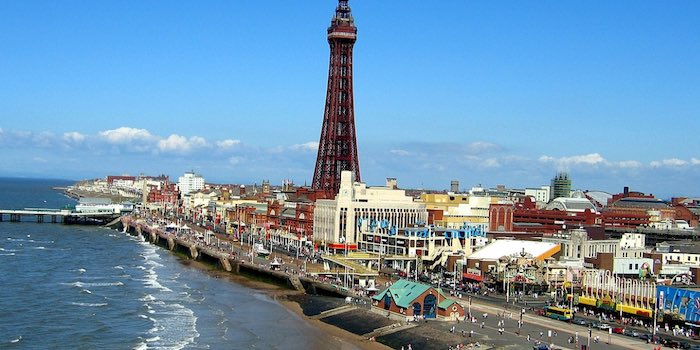 Arsenal will face Blackpool in the third round of the FA Cup after the League One side came through their second round replay this evening.

The Seasiders beat Solihull Moors 3-2 this evening, and the Gunners will travel to Bloomfield Round on January 5th.

The game is due to kick off at 17.30 and will be broadcast live on BT Sport. The two sides met earlier this season in the Carabao Cup with Unai Emery’s men running out 2-1 winners despite a red card for Matteo Guendouzi.

The last time we played Blackpool in the FA Cup was in the 1999-2000 season when goals from Gilles Grimandi, Tony Adams and Marc Overmars gave us a 3-1 win at Highbury.

In order to flesh out this story, we feel it appropriate to remind you that Jose Mourinho got sacked today which is sad news for those of us enjoying the fantastic job he was doing at Man Utd.

One of the favourites to replace him is Sp*rs boss Mauricio Pochettino, and we face the old enemy tomorrow night in the Carabao Cup.

I hope Poch goes to United and Mourinho goes to Spuds.
That would be fantastic.

Poch would sort United out. Losing Poch alone would ruin the spuds, which would be funny as, but we lose more than we gain. United with a strong manager would be harder to compete with than the spuds are now. I hope United get someone else and Poch gets fed up and goes to Madrid.

Wenger should go in to United as a double agent and get them relegated, haha.

We’re used to united being strong. Not so much spurs, I’d take the swap.

Even better if hamster man bombs when drenched in cash at united.
Then the mancs will stay shit and spuds might start to understand that it’s not the money, it’s just them.

I want Laurent Blanc at United because he will never succeed in England.

What do you have against dolphins? Is it all variants, maybe just the bottle nose due to them being so snooty?
I could agree on the Amazon River Dolphin, I mean one, WTF is it doing in a river, really??!! And two, it’s pink and ugly AF! OK, I share your sentiment…
What about the humble platypus? Thoughts?

Anything negative said about the platypus, and tables will get flipped!!

Leave Dolphins out of this! Not even the Kardashians should be lumped in with a Mourinho and Sp*rs news piece!