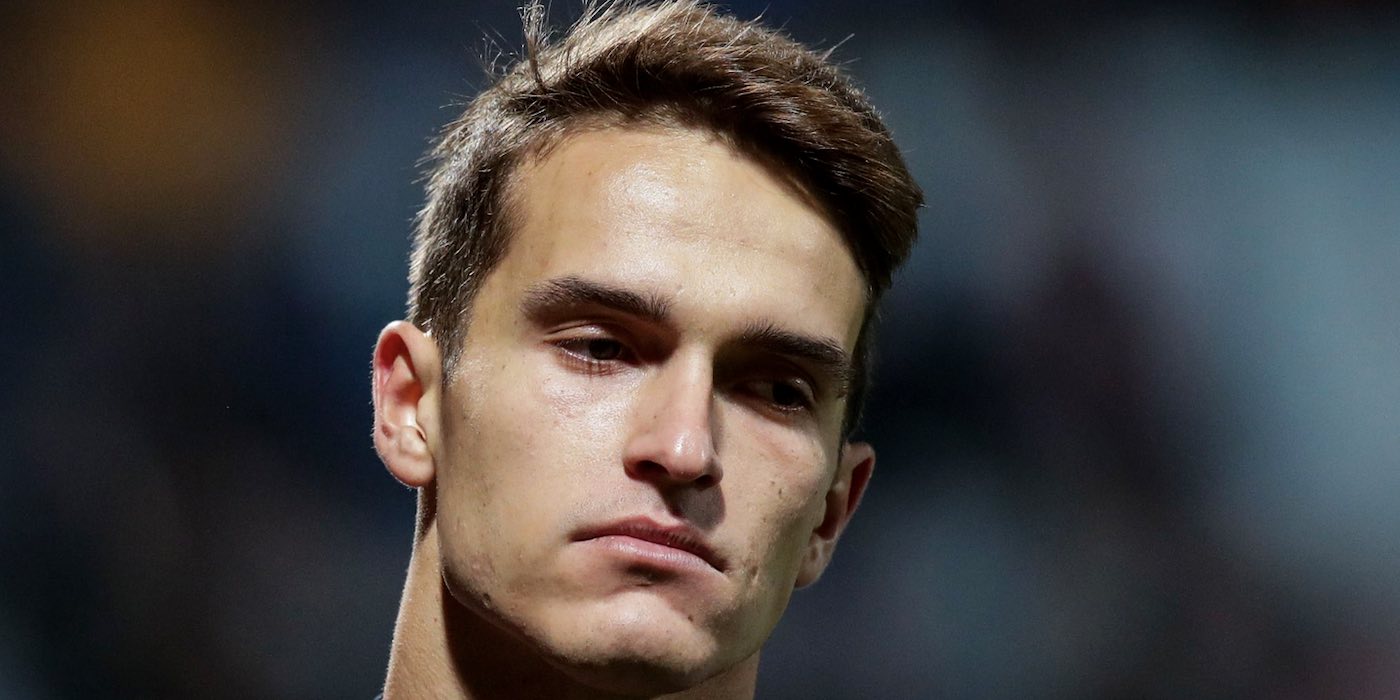 Arsenal have announced that Barcelona midfielder Denis Suarez has signed on loan for the rest of the season.

The news comes nearly 24 hours after a ‘technical hitch’ at the Nou Camp led to their editorial team publishing their own confirmation; a post that was quickly deleted.

Finally, the notification you’ve all been waiting for ?

As we wrote yesterday, to preserve his market value, the 25-year-old has signed a one-year contract extension at the Nou Camp. While the Gunners will have the option to buy Suarez for €25 million in the summer, the fact he’s committed to the Catalans until 2021, gives Barca enough room to find another buyer should we not be interested.

Suarez signed for Manchester City from Celta Vigo’s youth ranks in 2011 but struggled to earn regular first team football at the Etihad. Despite only having a couple of League Cup appearances to his name, Barcelona snapped him up in 2013 and he went on to impress for their B team.

A loan move to Sevilla, where he worked with Unai Emery and scored sic goals in 46 appearances, consolidated his reputation as an up-and-coming talent and led to a move to Villarreal. After a single season at El Madrigal, Barca activated a buyback option in his contract, snapping him up for just €3.5 million in the summer of 2016. He’s been in and out of the Barca first team ever since, a situation that has frustrated him.

Having already tasted life in England, he should have few problems acclimatising. He could even make his debut against his old club when we travel to the Etihad this weekend.

For the second time, welcome Denis.

Arteta hails City as Europe’s best ahead of defining period

I’ll believe it when I see him holding the jersey~~

Barca buys him at 3.5m and wants to sell him for 25m in the summer. Very good business for them.

I already believed it when i saw BREAKING NEWS

“…where he worked with Unai Emery and scored sic goals…” Yeah they was well wicked goals, bruv.

Ordnance Dave
Reply to  Leno me, I’ll be your friend

You must be a regular on AFTV. Blud.

Leno me, I’ll be your friend
Reply to  Ordnance Dave

That would be a sentence well suited in their realm of tabloid knowledge and attention-seeking desperation. I wish the football community wouldn’t give them the time of day. ??‍♂️

MateKiddleton
Reply to  Leno me, I’ll be your friend

Centre back in disguise I am sure of it!

Welcome to the Arsenal.

Hopefully when we sign him permanently at the end of the season the €25M feels like a steal.

Yes, from the Youtube videos, i think that he’ll compete for the Ballon d’Or this year.

Happy to have another option. Hope he steals the show.

This one doesn’t bite.

I’ll say it again, I’m so glad our club has moved on from the nonsense panic buy deals. So glad to see we have someone like Raul who held on till the end, making sure we weren’t forced into a mandatory purchase clause, despite Suarez’s initial refusal to sign an extension with Barca.
Happy that at least our negotiation skills are improving.
Welcome Suarez!!

Why do all the players that sign for the Arsenal have the urge to tell us that they know of some “Bergkamp and Henry” and want to be like them.
Very cheesy stuff.

If they end up being like them, I think we’d all love that 😉

That’s the thing, nobody ever came close. It’s a PR stunt. A pathetic one.

I wanted to say something bad…but i will settle for,at least they are aware of our history

What, they should say “well, I know fuck-all about Arsenal, but I sure like the paycheck”?

Why get bent out of shape over a little harmless, predictable PR?

He’d get slated mercilessly if he didn’t show interest in the club and it’s history.

i’ve just completed extensive scouting and analysis on Denis. he has some santi aspects to him where he dribbles and controls in tight spaces in the middle. will be interesting to pair him with Torriera, and have ozil ahead of them, while leaving out xhaka. and mustafi.
check it out:
https://www.youtube.com/watch?v=OTW_e2miP5o

COYG1001
Reply to  food for thought

Thanks for link. YouTube can be deceptive. Technical, but with way more pace than expected. May not be a specialist winger / wide attacker, but could play there if needed.

If he works out, looks more like a faster and more technical Ramsey — maybe less of a scorer — or a larger, less technical and pacier Santi.

The big deal from what I’ve seen is he looks like he can carry and hold the ball and drives forward. We’re short of those. Like, we have 1. Iwobi.

Good, solid buy. Is technically sound and drive at players freeing up space for others to move into. Combined with his better than average stamina, he can free up space for Ozil to play his game a little better. Having said that he is nothing great, and I doubt he would be anything to write home about. I hope he does as he did at Sevilla and Villarreal and proves me wrong. Given that he is young and we got a good deal here and our need in the wing and central position (wingers -Mkhitaryan- and Ramsey potentially leaving and… Read more »

Looks like a Spanish Ramsey no doubt will divide opinions. Welcome to Arsenal son.

Hopefully his first touch is as good as his jawline

Welcome to the Arsenal, Denis Suarez.