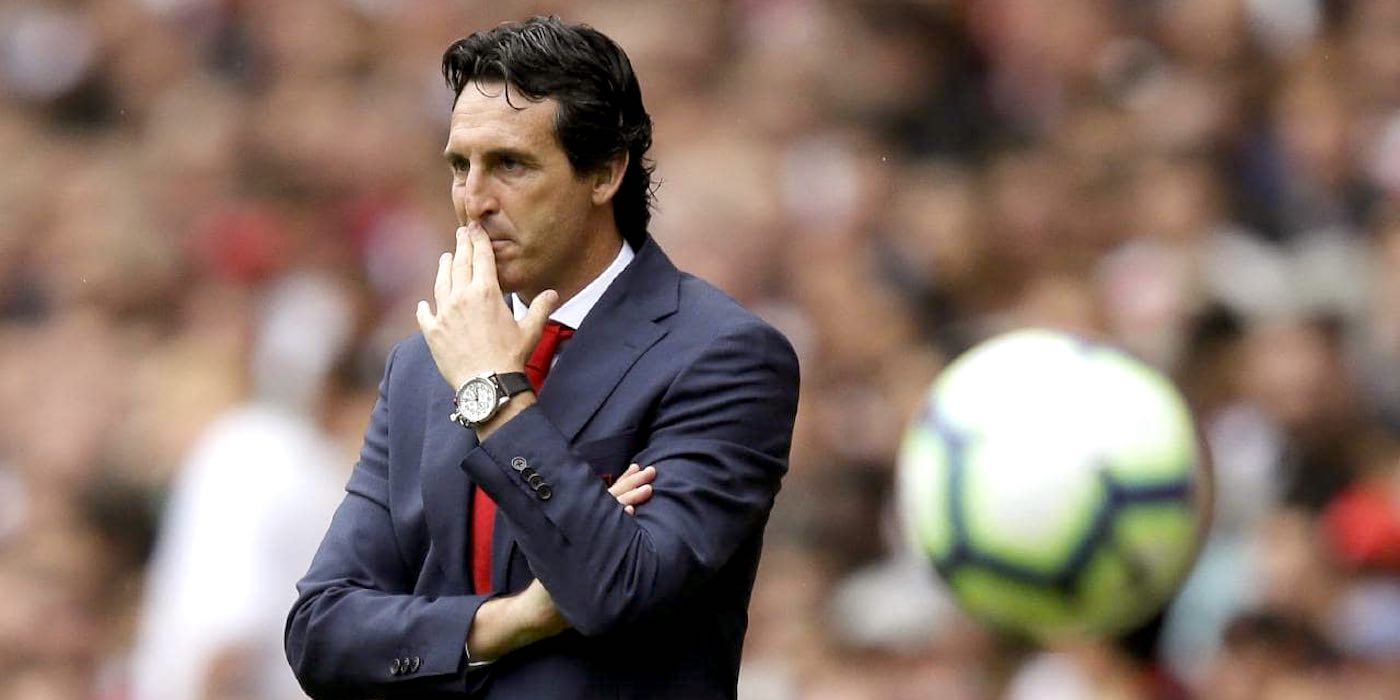 Unai Emery says that defeat to Chelsea will more than likely end Arsenal’s hopes of finishing in the top four this season.

Tomorrow’s visitors already have a 6 point gap over us, and 9 points would be too much to make up according to the head coach.

However, a win for the Gunners would cut that lead to just 3 points, and would perhaps provide the kick-start our season needs after a poor few weeks.

Asked if losing on Saturday would end the top four challenge, Emery replied, “I think, yes.

“After we lost at West Ham it is very different – to have a three-point difference to Chelsea or six points.

“But it’s finished that match and the next match is against Chelsea we have an opportunity in front.

“If we win we can be closer to them and continue our way, and I think every player has this ambition and this opportunity to play on Saturday with all we can against them.”

Mesut Ozil is set for a return to the squad, looking for his first appearance since being taken off at half-time during the 1-1 draw with Brighton in December.

Emery may also revert to a back four, using an extra man in midfield with Lucas Torreira set to start.

He’s right. Absolutely huge game and we can’t afford any nonsense that ends with our best players not making the pitch

Our defence is shambolic. We have no balance in our team. Star players are left out to cause friction. Abu keeps missing big chances. We play with too many holding midfielders. No solid and useful transfer activities. Laca is either taken off too early, or stays on the bench. The team has no confidence. Leno is shit in the air. Back room staff are leaving. No money to play with in the market. Ramsey leaving us for free!!! Xhaka keeps giving the ball away in our penalty box!! Given all that, I would say let’s be fking realistic and admit… Read more »

But considering all the negativity mentioned above, it would be very Arsenalish if we hit Chelsea 3-0 by half time and then go on a 10 game unbeaten run or something.

Yes, maybe.
However I am still pumped for the game and don’t think Chelsea are unbeatable, infact I think they are quite vulnarable.
I hope we beat them and just want to think about a possibly good game of football.
All that negativity is too depressing for me but to each their own…

coming 6th is our best or worst?! If overtaking Chelsea if they are 9 points ahead is hard, what makes you thing Watford (or whoever) can overtake Arsenal to 6th place. I would say 6th is the worst we can do, otherwise sacking Wenger made no sense.

And we will win this comfortably but finish 6th because of our inconsistency and lack of management.

Finishing 6th would be consistent *badasssum*

So good to see someone telling the truth like it is for once. But I still hope for 4th place if we win today. If he could just start with the best players every time they are available that would surely help.

Jack but
Reply to  Glenlaup

Our best players’ been disappointing

With a hdl,why can’t Arsenal lose to Chelsea.This has been aproblem since the fm,s time.His tactical style of leaving the barn door open led to Ronaldo/Droba and the bbg British bull dog plundering goals.Drogba amassed arecord no of goals .Why? No defence plans wer made to mark him. These teams know how the gunners play. If Emery is serious about getting awin he shd do less with possession and more of a more direct and speedy attack. The problem with possession and pass and pass is it gives time for defences to regroup. No use darting all over the box.… Read more »

I dislike this guy. There, I said it.

When in doubt, blame the manager!
Reply to  Frog

Frog
Reply to  When in doubt, blame the manager!

Has nothing to do with Arsene. I too thought it was time for him to go. I don’t like this guy for football reasons, not press conference reasons.

Yeah, we should have got Klopp a few years ago when Wengers contract was expiring. Instead we renewed Wengers contract and Liverpool got Klopp. Although, Pool’s success has a lot to do with them being both lucky and astute with player transfers. If I were a player I would want to go to Liverpool, they made Saurez, Coutinho, and Salah into some of the worlds top players. Saurez and Coutinho alone brought in close to 250M.

and did klopp look better in his 1st year at liverpool? they didn’t look lost on the pitch at all ?

but the grass is always greener in liverpool even though it is almost 20 years since they’ve won the league last time.

Klopp’s first season, finish 8th in table, behind Southampton & Westham!
And got beat in UL final by a dude with slick hair and terrible English accent.

Allegri turned us down due to the lack of funds for players and that would have been the same for most top managers. Personally I cannot think of anyone better than Emery under the circumstances. He has a decent record of success and surely must be given more than half a season.

Who says you have to like him? You just have to believe that he can get us Champion’s League football. Quite possibly that won’t be by finishing 4th, but let’s face it when did we ever look like a team that could finish 4th? Some people complained during the 22 game unbeaten run, so it was unrealistic to expect anything other than what we are seeing now.

I don’t believe he is a good enough manager to get us to the champions league via any route.

Too soon my friend! He needs time, at lease a summer window where he has his say on the players that come in. I’ll join your bandwagon if we’re still linked with Dennis Suarez and Ever Banega come summer, but till then at least lets give Emery a benefit of the doubt

Denis Suarez and not Dennis Suarez, before someone starts criticizing going after the wrong reasons. Let’s see the big picture…

Actually, it’s “somebody” not “someone”….
…Only joking.

Because he’s not in a top4 spot with the 6th best squad in PL, of a club with no ambition and will only get him “loan” players, …. or because he’s benching and demanding more form fans’ darling M10??

I think we know the answer.

Koscielny is our weakest link in defence. We need to replace him. He’s a proper bottle job. No wonder we’re doing bad as a team since his return. He’s not PL level anymore.

Put some respect on Laurent

Have people forgotten that GIROUD is coming home?

It appears Higuain hasn’t signed in time for this match, that’s a little good fortune for us.
I would like to see us revert to a back four, especially if it means Ozil or Ramsey can start instead of a third centre back. As shown last week at West Ham, we need more quality in the final third. I don’t want to see Iwobi, Guendouzi, or Maitland-Niles starting. A simple 4-3-3 will do it for me. Leno / Bellerin, Sokratis, Koscielny, Kolasanic / Xhaka, Torreira, Ramsey / Ozil, Lacazette, Aubameyang.

Iwobi has been our best player for a month but he hasn’t got a big name in the media to deserve any respect from Arsenal fans yet.

Negative against iwobi is irritating

Please revert to the back 4. Since changing shape we have lost all of creativity and our pressing game. Hopefully having bellerin back will help, a lot of our attacking moves in the early season we’re through him.

Everybody’s got the answers.

But nobody’s got the answers.

Massive “final”. Regardless of what system he plays, hope Emery has given the chaps a right rollicking and they come out with some ambition. Attack – We need to take our chances better. Auba in particular has been poor. He has been in the goals and has to do better which he can. Otherwise I prefer Laca bc he doesn’t give the ball away as much. Mid – Prefer to see Torreira and Granit. They seem the best pairing. Both need to be aware today with runners into our box from deep. Defense – I understand the desire for a… Read more »