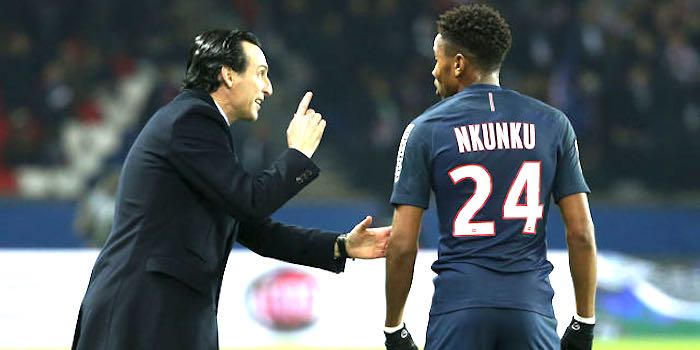 As Arsenal continue to look for loan signings before the transfer window closes tomorrow night, it appears as if both Ivan Perisic and Yannick Carrasco won’t be on their way in.

The former looks set to stay at Inter Milan, while negotiations between the Gunners and Chinese side Dalian Yifang are at an impasse.

However, they are keen to continue their pursuit of PSG midfielder Christopher Nkunku who is a summer target brought forward to January.

All this comes from the BBC’s David Ornstein, and also in the wake of reports that Mesut Ozil has turned down a loan move to the Qatari owned Ligue 1 side.

Carrasco was reportedly keen to return to Europe and take a pay cut from the bumper salary he’s on in China, but the departure of Sven Mislintat has caused a rethink from the Arsenal end.

Whether anything can be done with Nkunku remains to be seen. There are just over 24 hours to go before the transfer window closes, and it’s expected that the Gunners will make official the loan signing of Denis Suarez.

It was announced earlier by Barcelona that the deal had gone through, but they since deleted the update blaming a ‘technical error’ but the midfielder should be announced tomorrow as an Arsenal player until the end of the season.

What position does this guy play? CM or attacking mid or what?

I think I remember on the Arsecast, (James?) saying that he his kind of what AMN is for Arsenal, Christopher Nkunku is that of PSG, i.e. played all over the place from centre / wide / full back

Midfielder – Don’t really need anymore to be honest if Suarez is coming in.

Adding in unnecessary position merely means less money in the age structure to add where we really need.

Unless of course he is thinking of using him out wide.

We still need options in midfield, a stop gap for the temporary loss of Mikhi and Welbz.

According to YouTube he plays mostly on the right side as a winger or wingback. But it looks like with younger age groups he’s played AM centrally as well.

And we’re in the top 4 for the moment.

SB Still
Reply to  Papa's Got a Brand New Leg

Yes, it would have been even better but for a late goal for the Tots!

Have to say,fair play Llorente.Guy was a joke even a few weeks ago.Salvation for him.Hate these last moment comebacks from that lot tho.Still 4-0,2-2 so we can’t say this was a bad week.Back to fourth,now for a spirited performance against the Sheikhs.I’ll take a draw.
Come on you Gunners!!

Likely is we will just have Dennis.

But what an important addition if could be particularly with the table now.

We need to go into this Sunday with some belief even if we are handicapped at the back. Its all to play for and an important juncture.

With Dennis, we may just claw back to Spurts at very least and finish above them.

Europa would be a bonus.

Unless you r a pundit, nothing done just yet.

Good. We need to inject some young blood into this squad.. Ozil, Auba, Mkhi arent getting any younger.

Off topic: Bournemouth totally did one on Chelsea. We are fourth. We are fourth because the league is shit – I expect to hear that soon.

Off topic: we went to Anfield and were lucky to only concede 5. Leicester went there and got a well-deserved 1-1 draw. How come?

Our defence is not up to task. Moreover these mid table teams are a potential banana peel in the EPL.

They didn’t make the mistakes we made.
Their defenders were composed , didn’t lose the lose in dangerous areas, didn’t fall on their arses when trying a tackle.
And notably, they cleared the ball out, where as our defenders like to shoot the ball at the arse of the next defender in front.

I know! Can they please STOP playing from the fucking back all the time???

Fuck off mate, not now.

When? On Sunday after we’ve been hammered by 5 against City?

By that backwards logic Newcastle are better than City.
It’s football!

Wait Bourne got 4 goals on Chelsea? Wtf we only got 2!!! Are they better than us? Lol jk

They are. It was no big win…

* Quickly looks up 10-minute “Welcome to Arsenal” video on YouTube and gets overly excited about signing the next Mbappe on loan.

*Mbappe on loan with an ‘option to buy’.

I am stunned that here we are at the end of the window – I know it’s just a Jan window, but still – and we didn’t do a SINGLE THING to reinforce our shambolic, injured, laughing stock of a defense. Linked with a new pair of wingers/attackers every day! But not a word or single lead about a defender?! I just don’t see how Suarez (or Carrasco, or Nkunku or whoever else) helps diminish the threat of Sane, Mahrez, Aguero, Jesus, Rashford, Lukaku, Martial, Kane, Son, Deeney…(continues to list literally every attacking player in the league because they all… Read more »

By quiet, TCGNR! How dare you point out the obvious?! Look at how many down votes you’ve got!

And who is to be blame? Emery or the board? Oh wait! I know :- It’s Wenger #Wenger out. Am in no way suggesting Wenger leaving wasn’t the right call, we all knew the time was up but he took a lot of sh(spurs)t for what was no fault of his for such a long time. Now the reality is dawning on Arsenal after his departure. Let’s see how long Emery can entertain the penny pinching owners. It’s clear he is not going to shoulder the blame like Wenger did judging from his comments lately and rightly so. As fans… Read more »

I’m guessing its because we couldn’t find anyone good enough in the limited January market, especially with the tight budget we seem to be on. To be fair Emery did say at the start of Jan that we were on the lookout for a defender.

We have just enough numbers at the back if we don’t get more long term injuries: Sead, Nacho, Mustafi, Kos, Sokratis, Dino, Licht and AMN. That’s 8 for 4 places. Frankly it’s our quality that”s the problem.

Stop being so dramatic