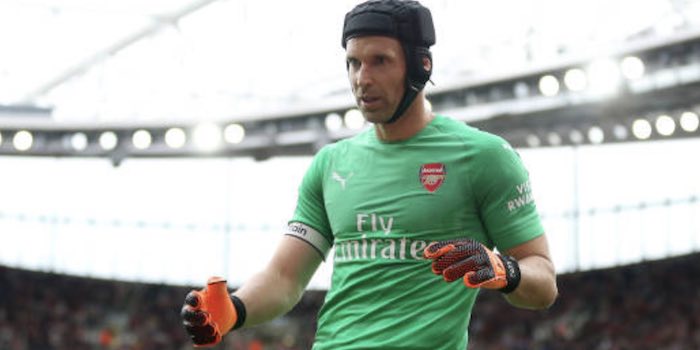 Petr Cech says that winning the Europa League this season would be a great way for him to call time on his distinguished playing career, but that more importantly it would be a huge achievement for the club.

The Gunners know that this competition provides not just a trophy but also entry to next season’s Champions League, and with the domestic fight so tough it’s good to have another way in.

The veteran was speaking ahead of the game against BATE Borisov in Belarus tomorrow night, and was asked if he fancied signing off with another trophy.

“Of course, that would be an ideal scenario for me to finish in my career,” he said.

“We prepare every day for every competition and I think this is what we are aiming for. We aim to win every game and improve step-by-step.

For us as a club it’s obviously very important for us to go as far as possible and if you win the Europa League it’s a great memory for every player and secondly you can book your place in the Champions League.

Cech lost his place as the number 1 earlier this season to Bernd Leno, and bar injury it’s this competition which will provide him with playing time, but he says that’s not something he’s thinking too much about.

“It might be the last time I am in the competition but I prepare with the team day-by-day,” he said.

“I don’t think about whether it’s my last game, competition or round or not. I prepare how I have my whole life, my whole career and obviously I want to give the best performance.

“I want to win with the team. My only concentration is to be ready for the game.”

Let’s have a clean sheet Pete!