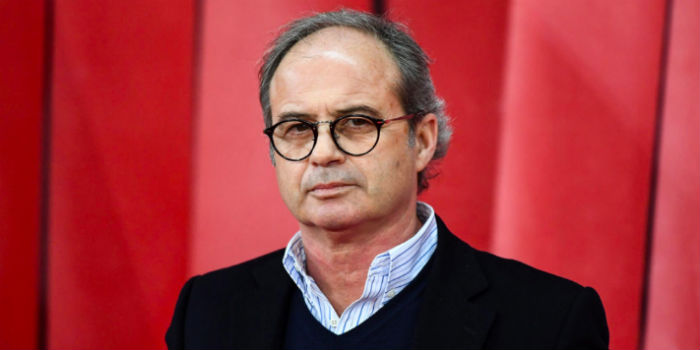 A new name has emerged as a candidate for the technical director position at Arsenal.

According to Tuttomercatoweb, relayed by Sport Witness, Luis Campos – currently sporting director at Lille – has been sounded out by the Gunners since Monchi snubbed us in favour of a return to Sevilla.

The report focuses on Roma’s interest in the 54-year-old Portuguese – they need a replacement for Monchi – but claims both us and Chelsea also like the cut of his jib. He has previously been linked with Manchester United.

Campos has 15 years experience as a manager in Portugal and briefly scouted for Real Madrid in 2012/13 before taking up sports coordinator and technical director positions at Monaco between 2013-2016. During his time at the Stade Louis II, he was credited with signing the likes of James Rodriguez, Bernardo Silva, Djibril Sidibe, Benjamin Mendy and Tiemoue Bakayoko.

Campos was recruited by new Lille owner Gerard Lopez alongside coach Marcelo Bielsa in the summer of 2017 with a view to turning the club into a breeding ground for young talent. Almost immediately Bielsa and Campos clashed about recruitment and the former was sacked after 13 games in charge. Against the backdrop of financial difficulties, Lille limped to 17th place last season but this year have been a revelation and currently sit 2nd in Ligue 1.

It’s presumably off the back of this turnaround that Campos has caught the eye. While it’s very hard to tell if there’s any truth in this, after months of speculation linking us to the same old names, it’s a link that’s worth keeping an eye on.

We should also state that last week owner Lopez dismissed rumours that Campos has been talking to Chelsea.

Why don’t we promote Josh Kroenke as the technical director?
You know, keep it within the family…

Leno me, I’ll be your friend
Reply to  Lord Bendnter

Haha your comments are teasing the irrationals once again, Lord ?

Think Santori has mentioned (…!) Campos regarding this role so stay tuned for lots (and lots) of self-referencing and retrospective insights into prophecies he’s been proclaiming, and the usual Mustafi stiffy. ?

Lord Bendnter
Reply to  Leno me, I’ll be your friend

Leno me, you have to bail me out on a daily basis ?

Leno me, I’ll be your friend
Reply to  Lord Bendnter

That’s the trouble with message boards, Lord Bendtner, you’ll never see that I’m your old pal ‘that’ taxi driver, watching over you. I guess it’s kinda like the hit ‘90s film Ghost Dad…

Ah the 90s, a time when having an umnipitant Bill Cosby watch your every childhood move from a different plain of existence made the premise of pure Hollywood golddust.

It’s not out of place for kse when you consider his role at the NBA franchise.

What about Wenger? And I’m serious, I wanted him gone as a manager but he’s had a year away, Emery has established himself already, I personally think he wouldn’t be a threat. With a real focus and clarity on what his role is he could be very very good.

He could probably mentor Emery too. I’d like it to happen as well

A technical director needs to be decisive..not exactly Wenger’s forte

There would be clash of egos. Don’t even go there.

Arsenal have a better chance of hiring a technical director if they post this vacancy on Monster.com

I will apply. My resume is limited, but I can point to some half-decent (okay, sub-par) comment postings on Arseblog News as well as being a supporter of The Club.

You laugh, but I would be more qualified than Josh Kroenke himself.

Little bit of a typo there Naked cygan……..the correct spelling is ‘Fat Sam.’

Sam will not let go any possible business ventures with agents until this is discovered and he has to go.

TeeCee
Reply to  Kwame Ampadu Down

True, but “Sam” is pronounced “walrus”.

George
Reply to  Kwame Ampadu Down

Last chance today so get in soon.

i saw the name campos and thought of the mad mexican keeper with the crazy shirts from the 90s. i loved that little guy!

This story is a Lille bit interesting.

whats with that position ..or is it because we are having a business plan .. coz maybe this technical directors have a whatsapp group.. once minslitat resigned ..no one wants this job.. maybe how we relate to buying players affect this people.. coz they find talent but arsenal dont have the money to get them.. i think everyone usually has a heart for arsenal but is like we really dont mind that .. so long as we have pocket change .. we are just fine..

Must be about time we started running the poo-o-meter on Technical Director candidate stories.

Never heard of him until now. Anyway, whoever comes is going to be third choice – after Monchi (definitely) and Overmars (probably) – assuming we don’t miss out on yet another candidate in between, so that’s going to fill the eventual lucky jobholder with confidence isn’t it (not). Why let Mislintat leave before you’re sure of getting in his replacement? It looks amateurish, and it is.

he was in charge of transfer when Monaco won the league, and rebuild a lille team who nearly got relegated last season
monaco tried last month to take him back and he turn them down

How come Wenger knew about mbappe before everyone else?……surely wenger should be our technical director…he has solid eyes even at that age

Arsenal talk too much these days and do nothing at the end of the day. Just sign a technical director and announce it tomorrow.