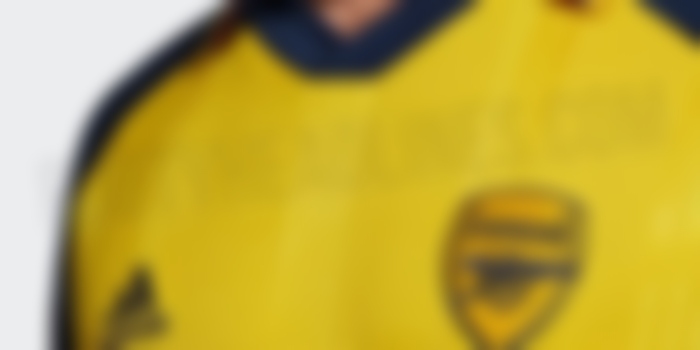 Adidas is set to release a retro Arsenal shirt based on the design we wore when we won the league at Anfield in 1989.

Footy Headlines report that the jersey is part of the Adidas Icon Retro series with similar shirts for Real Madrid, Bayern Munich, Manchester United and Juventus also set to go on sale.

Just to make clear, this is NOT something the players will wear for matches.

The Gunners version features a yellow body, navy sleeves and monochrome Adidas and Arsenal crest motifs. There is no sponsor. An earlier leaked picture had included three oversized horizontal stripes, thankfully those have since been removed.

Earlier this month we also got a look at one of the training kits. As we edge closer to the end of our deal with Puma we can expect more and more items to drop.

Many Gooners are waiting with baited breath for a first sight of the new home and away shirts with the latter rumoured to be based on our 90s bruised banana shirt.

VIDEO: Adidas x Arsenal ‘The Fabric of Football – This is home’

It’s weird looking with the current crest, versus the AFC cannon.

I hope this doesn’t mean they’re not gonna go down a similar retro route with the new official kit…I want that bruised banana 2.0 !!

I agree rob! Bring back that banana kit! I wear it to games and I get Arsenal fans(most under 20 years old)asking when did that kit come out and where can I get it, think I got mine in a Woolworths for £14

Apparently they found the leak.

Turns out it was David de Gea.

Is this official? Because the embroidery looks like a top quality bootleg.
Small details that are different/changed for the duo chromatic badge.

Why didn’t they just bring out a modern fit/material version of the 89 shirt, complete with cannon and old school Adidas logo?
In the footy headlines article there’s a picture of it and it looks so much cooler when compared to this.