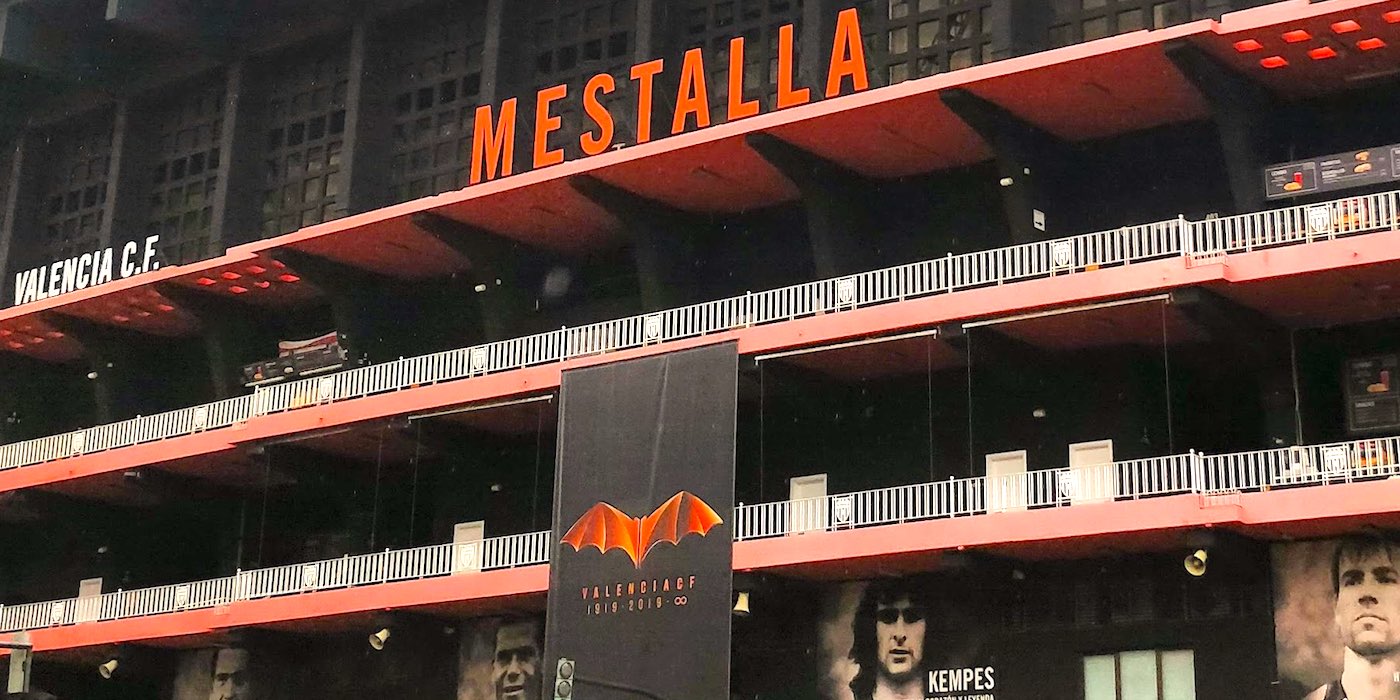 The 1-0 victory over Napoli last night gave us a 3-0 aggregate win over the Italians, and secured our passage into the Europa League semi-final.

It means we’ll face Valencia over two legs for a place in the final in Baku in late May. The dates and kick-off times have been confirmed.

It’s now sixteen years since we last played the Spaniards in a competitive fixture, two goals from John Carew saw us lose 2-1 at the Mestalla in 2003, and it was the Norwegian who condemned us to a 1-0 defeat on our only other visit there in 2001.

Goals from Ray Parlour and Thierry Henry handed us a 2-1 win at Highbury in that same season, and our only other encounter with Valencia was in the 1980 Cup Winner’s Cup final which we lost on penalties – a game that I listened to on the radio and I cried after because that was two cup final defeats in a week and I was 9.

I still see Wiltord lose that ball on the line, holds his head instead of tracking back. I still see that cross come in and John Carew bent backwards scoring that goal. I still see Francisco Rufete owning the wing and it’s hard to believe it’s 16 years ago already.

Come on guys, time for some revenge

Never liked John Carew from that day. I was too young to handle such heartbreak and puberty at the same time.

Time to take revenge on Kondogbia after that redonk goal at the emirates for Monaco.

Maybe Alan Davies can get his autograph too…

I can’t believe it’s 18 years ago since I left Highbury disappointed after beating Valencia 2-1 and that Parlour rocket into the top corner.

Jack but
Reply to  gooner

We deserve the revenge

John only was usefull versus Arsenal, he was not a good player…if you remember Carew, you will have nightmare with the last 5 min of the matches, this Valencia scored 11 goals in the last 3min. Including three preliminary rounds…

The team is ultra defensive half of the time and counter attack as A plan, but the B plan, when they increases the velocity is too hard for more defensed and specially if the defneder sr far from the goal kepper.

To anyone reading this, please take the time out to thank blogs by becoming a patreon member.

Sorry, forgot to say “If you can”.

Basically pay for stuff you can get for free

No, what’s free has always been free. You get extra stuff, and it trickles down because it helps us do more stuff for free for everyone.

Arseblog patreon FTW. I’d do it even without the extra content. I can’t even imagine a time where we didn’t have you and James to help us celebrate/appreciate the good times and make it through the bad times.

I joined for similar reasons. My way of saying thanks to Blogs and the crew

Jack but
Reply to  arseblog

Well blog we this app updated with modern features, like the sorting system, I will like to know that someone just liked my comment without logging in or someone replied, I would also lie emoji introduced to help expression of feelings.

arseblog
Author
Reply to  Jack but

Apps are being updated ahead of next season!

And you can use emojis here ?

Not to worry, they shall be Carewed.

Coquelin is suspended for the first leg at the Emirates.

I suppose that benefits us a little, but I’d still have liked to have seen him back at the Emirates.

The Valencia needs a stopper Coquelin cannot play the firt game and kondo is broken until next year.

I think I prefer playing the first leg at home. Better to be defending a lead than trying to overcome a deficit …

Jack but
Reply to  Richie

Those Frankfurt guys have done amazing thing with football this season, I hope we get to win them at the final

I remember Graham Rix throwing his boots into the crowd after missing his penalty in the Final shoot out at Heysel, mind you so had Liam Brady. Poor game and quiet journey home. Having also been at Wembley for the FA Cup final to lose to a Trevor Brooking goal (a header FFS) made that a terrible week.

Give me revenge you Gunners!

Shame that the first leg is at home but on the evidence of the win at Napoli, which was really good – a much better performance that we’re used to away – we’re in with a chance. Valencia are a good side with only five defeats in La Liga all season (to date) so it’s certainly no walk in the park, but we’ll see.

I follow Valencia and I my wish has come true. Shame it’s not the final but I’ll still enjoy these next two games immensely. Arsenal for the win of course!