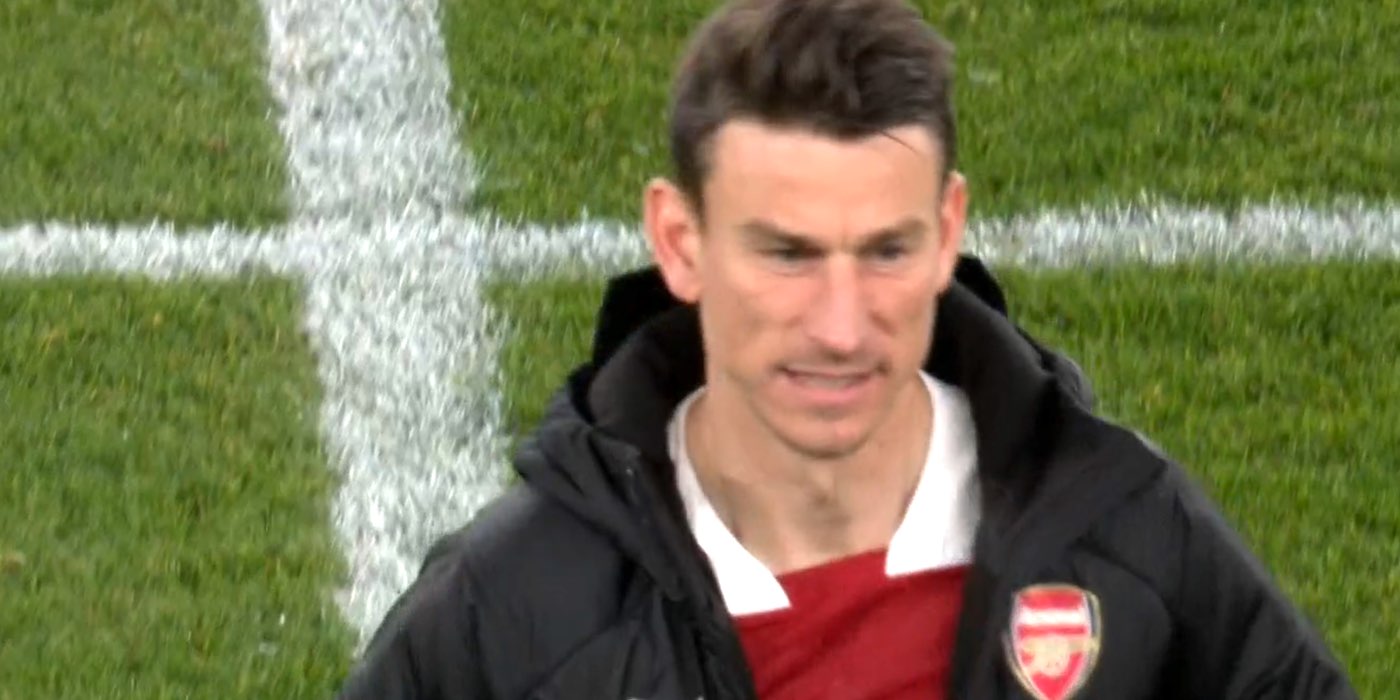 It seems likely that whatever happens this weekend, Laurent Koscielny will be rested ahead of next week’s Europa League semi-final second leg against Valencia.

The Gunners take a 3-1 lead to Spain after goals from Alexandre Lacazette and Pierre-Emerick Aubameyang overturned an early deficit, but the fitness of the captain remains an issue this morning.

The 33 year old put everything on the line last night, and is clearly feeling the effects of a hectic schedule, his 33 years, and an Achilles tendon that snapped last season in Madrid.

Speaking after the game, Unai Emery was unclear of how much he’s been affected, but hopeful he’d be available.

I hope that Koscielny is going to be okay for Sunday,” he said, “and the second leg away, but I don’t know.

“Laurent was very tired and he ran back with the transitions in the second half 50 metres for a sprint, and it’s normal that he can be tired or struggling.

“I prefer to change him to give this 10 minutes to Nacho Monreal after his small injuries, to help us and to save minutes for Laurent Koscielny.”

Although we have to keep fighting in the Premier League until top four is completely and utterly gone, it’d be crazy to risk Koscielny against Brighton.

We do have Dinos Mavropanos to step up if needed, while a back three of Mustafi, Sokratis and Monreal would have plenty of experience too.

The captain deserves a break, and hopefully he can have a happier night in Spain than last year.

And at home against Brighton we should be able to cope without him.

I hope he can make it too – it’s nice to have a proper defender back there.

Seeing Gabriel got me thinking. Between him, Mustafi, and Sokratis we have spent upwards of £60million. That’s a fair chunk for three very flawed defenders when it might have got one really good one. I know that’s an oversimplification of it all, but still.

Gabriel was sold for more money than he cost, so it’s £50m for 2. Granted neither of them look that amazing, but there you go.

“Gabriel was sold for more money than he cost”. No, he wasn’t. Not that that’s the point anyway.

I’m beginning to think that many here can’t remember or don’t know what a good defender is. Fair enough if they’re too young, but that’s no reason to pretend.

Papa has had a solid first season. Money well spent!

I don’t agree to put Sokratis in the list of “very flawed defenders”.
Also, for Gabriel we spent 11m, but also managed to sell him for around 9m, which makes the loss marginal.
So the core of your complaint narrows down only to Mustafi and his big transfer fee. Which is a fair point, but not connected to the rest, IMHO.

If you know your defenders, Sokratis is indeed very flawed.

I have reasonably high hopes for Holding, but there’s a ways to go even there.

@George And what are your amazing credentials for thinking your opinion (and that’s all it is) trumps anyone else’s on defenders?

What is your standard of “Not Flawed?”

Sorry if I missed it but has here been confirmation on Kos’ contract – surely he has done enough to stay for one more year ?

His contract is until 2020, he is staying one more year

Then on to join as the Mertescielny coaching axis, I hope. Although I imagine returning to France to partake in the biere de garde and listen to his accordions while throwing boules under a shady allee must be an attractive lure.

It sucks for us that our best defenders body is just about hanging in there and he’s not even a great defender. This summer and next season could be painful.

Could see he was in a lot of pain during the game. He needs to be rested against Brighton so we can go and spank Valencia in Spain with a strong lineup

Absolutely need to use much caution with him or risk another rupture of the Achilles, he always had issues with them even before the big injury last year and having overcome one myself I know it’s always more of a risk than never having torn one when fatigued.