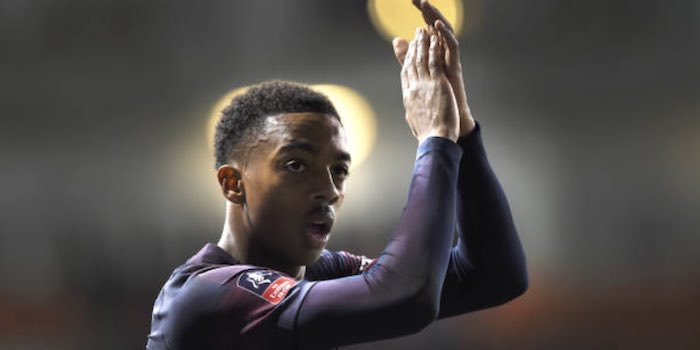 The vast majority of Arsenal’s youngsters have finished for the season and are either undergoing personal fitness training, heading off on holiday or are on international duty.

For five members of the U23 squad, however, there is an opportunity that they could be involved in Arsenal’s biggest game of the season – the Europa League final.

From this season teams are permitted to name 12 substitutes for the final as opposed to the usual seven, and, while it remains to be seen if Arsenal will make full use of this, it certainly seems that Unai Emery is planning to take a large squad to Azerbaijan.

The continued involvement of Eddie Nketiah and Joe Willock in first-team training sessions comes as no surprise, with both players having been on the periphery of the squad of late.

Given that Emery prefers to have three goalkeepers present for training sessions, it is also not a shock that Deyan Iliev has been kept behind to provide backup for Petr Cech and Bernd Leno.

Arsenal also intervened to stop Bukayo Saka and Xavier Amaechi from being called up to the England U18 squad so that they could instead train with the first-team.

Given the lack of wide options in the squad and the continued uncertainty over whether Henrikh Mkhitaryan will be able to travel to Baku, it makes sense for Saka and Amaechi, who have both excelled at U23 level this season, to be involved in some capacity.

As things stand it seems likely that Nketiah, Willock, Amaechi, Saka and Iliev all have a good chance of being included in the travelling squad for the final.

While getting onto the pitch is another matter entirely, just being involved with the squad would still be an excellent experience for these youngsters and would provide them with an extra incentive to succeed in the long term.

Youth Project No 2!
Jokes aside, this crop of players looks like it can make it. Under the correct guidance, only the sky is the limit

We have to assume Mikhi will not go. He can’t have a good minset with all going on with Kazakhstan. Emery will put Auba on the wing. Laca as CF and Ozil behind. Personally I do not like Auba on the wing. Plus, the wingers will have lot of defending to do during the game. Whatever Emery does, we really need to win this game. We better be protagonista the entire game and be in a good moment for more than the first 15 mn.

Not sure if he cares what Borat is up to!

People still thinking they know with certainty what side Emery will pick… Always makes me chuckle.

You’re right, he changes his starting XI a lot.

Eddie to crack in the winner from a corner in injury time, heard it here first

I want us to kill the game in the first half. Nketiah will make a remontada impossible for them.

12 Subs seems excessive, but would explain why lots of headlines are suggesting Welbeck is likely to travel

Figured that was more just to be part of the gang, think its common for injured players to travel and support the team for finals.

Apparently he’s fit and ready. I’d like to think Ramsay would be too

I can’t see Ramsey playing again for us.

England seems to be producing a lot of young attacking talent especially wingers which bodes well for the national team and hope competition for places will make the youngsters hungrier. Been hearing a lot of good things about ameachi and hope the club extend his contract with a huge buyout clause. Reiss nelson has done well on loan and hope he can push on whilst emile smith rowe has been injured so hard to judge on that just wish all of them the best careers at arsenal or elsewhere cause its obvious we cant keep all of them

The question is;
How many goals do we have to be winning by at half time, to enable the manager to bring on 3 of these players for the 2nd half?