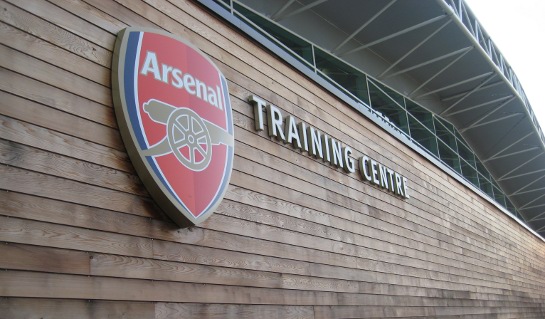 Goalkeeper Karl Hein signed his first professional contract this week in what will have been a major boost for the talented youngster.

Hein has endured a frustrating time of late, with an injury having brought his season to an early end, while Arthur Okonkwo has taken advantage of his absence to gain regular playing time in the U23s.

The fact that Arsenal have tied Hein to a professional deal, however, indicates that he is very much in the club’s long-term plans.

Signed from Nomme United in his homeland last summer, the Estonian youth international featured fleetingly for the U23s during pre-season.

Hein subsequently appeared for the U18s, and, while he endured some difficult moments early on, his perfoemance levels still improved and he started to command his penalty area with greater authority.

Aged 17, Hein will still be able to feature for the U18s next season but his primary aim will be to get as much playing time as possible at U23 level.

The competition for a starting berth will undoubtedly be tough, even if Matt Macey and Deyan Iliev aren’t involved.

Okonkwo and Tom Smith have earned positive reviews for their performances this campaign, but Hein will be determined to leap ahead of both of them in the pecking order.

In addition, if Arsenal elect to compete in the Checkatrade Trophy again next season then Hein would have a good chance of featuring in that competition.

Arsenal certainly have much faith in Hein and there is a belief within the club that both he and Okonkwo could eventually challenge for a place in the first-team squad.

The conclusion to his first season at Arsenal may not have gone to plan, but Hein is closing in on a return to full fitness and will be determined to enjoy an excellent campaign in 2019/20.