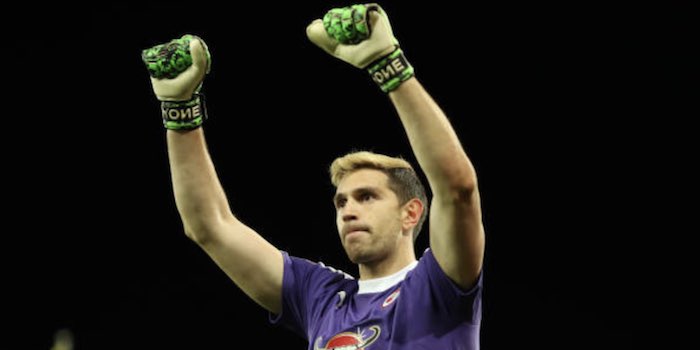 Emi Martinez is enjoying a good loan spell at Reading, and with Petr Cech retiring at the end of the season, he could well be a candidate to fill that particular gap in the squad.

However, the Argentine says he doesn’t know what Arsenal and Unai Emery have in mind for him, and he says he’ll sit down with the head coach at the current campaign to try and get some clarity over his future.

The 26 year old has made 16 appearances for the Royals since joining in January, helping them avoid relegation, and will return to North London knowing there’s a place in the squad for him if we don’t buy another keeper or use David Ospina – who still has one year left on his contract – as back-up for Bernd Leno.

“I just want to know if they trust me,” he said . “If they want to give me the chance to become number one, I will stay there, no doubt.

“Arsenal are a club of my dreams but if they can’t guarantee me any games then it’s time for me to move on.

“I know I can be Arsenal’s number 1. I’ve got everything to do it but I want to play games.

“I need to sit down with Unai. After the season finishes I’ll have a chat with him to see what his plans are for me.”

As for his future with Cech’s retirement, he referenced Emery and a desire to find out once and for all what his plans are.

“People think I am going to be second choice, but I don’t know what he really wants from me,” he continued.

“When I have that meeting, I’m going to have something on the table and then we’ll move on from there. To be honest, I don’t really know what the club wants from me.

“I knew they wanted me to come here to do really well. But Arsenal have always signed goalkeepers in front of me so I never know.”

Arteta: It wasn’t in my plans to sell Emi Martinez

He should count as home grown, right..? Not bad for a back-up.

It’s interesting he was promised games before this season, not sure when emery expected those opportunities to be.
For next season I guess it depends on his wages and other opportunities that come up

If we get champions league I hope we send him on loan again and keep Ospina as backup (for domestic cups only). If we end up in Europa league then I’d keep Emi to play.

Side note… did Ospina sign the longest contract in History?

Please no. I hope we have seen the last of the error prone Ospina.

I hope we never see Ospina in an Arsenal shirt again, ever. Utter dross .

How could you even consider Ospina to be second choice ahead of Emi…I think Emi would make a fantastic backup to Bernd.

I admire his self-confidence. We should take a punt on him as number 2 as we have bigger fish to fry this summer.

He needs to be given his chance with the club to prove what he’s got, along with a host of other younger players who are itching to make the next level. It would make sense, considering where we are, how we’re playing, and what our transfer prospects are after another disappointing season, to move some of these guys into the first team next season to fight for places.

Uhm, sorry but how has this season become a disappointment? At the start most fans agreed it was a re-building season so how has that changed all of a sudden? Did we ever believe we would get the 22 games unbeaten run? I don’t think so (did we believe we would see certain players show any level of improvement?) again I don’t think so but now we see it’s not going to be from scratch n there’s hope for a competitive team in the nearest future and here you are talking about disappointments. Eat a biscuit n drink a coke… Read more »

he is not good enough, need a top notch replacement as a no 2 ,
but if we are going to continue with our top cheapskate mentality then yeh bring him in as no2 and watch the club sink further into the abyss.

He’s totally good enough and if we don’t secure him he will be another player that Arsenal fans bemoan we let go. I live in Reading and I’ve been to Reading games so I know a good keeper when I see one.

Hes at a good age now and should be given a run in the domestic cups for us. We need every £ for new defenders, midfielders, attackers, wingers, fullbacks….but not goalies.