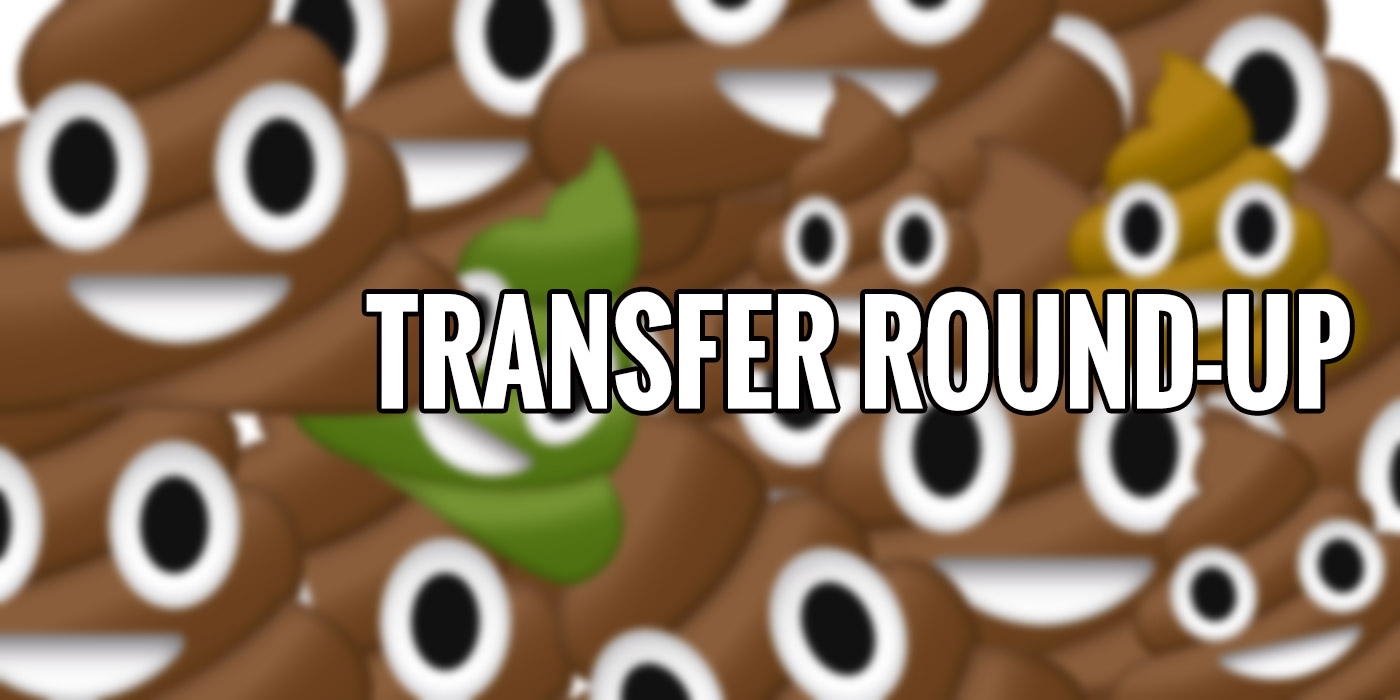 Another day, another transfer round-up. Here’s the latest scuttlebutt doing the rounds.

Erick Antonio Pulgar Farfán is a Chilean professional footballer who plays for Italian side Bologna. He is a defensive midfielder, and according to Gazzetta dello Sport, Unai Emery is interested in him.

He has a €12m release clause and is also attracting interest from AC Milan, Inter Milan, Napoli, Roma and Sevilla. He’s away with Chile at the Copa America right now, so maybe we’ve got Edu over there keeping tabs on him.

Last season for Bologna, he scored 6 goals in 28 Serie A appearances, and interestingly he shares an agent with former Gunner and fellow Chilean Alexis Sanchez. Whether that makes a deal any more or less likely is hard to say.

Sure, he’s got a name like a religious cult leader in the deep south, but in this plane of existence he’s a 22 year old forward who plays for Hull City. He bagged 22 goals in the Championship last season as the Tigers finished 13th, and according to a report in the newspaper which nobody in Liverpool buys (no linking), we’re ready to offer £12m for him.

This feels particularly random, especially in light of our reported £40m bid for Wilfried Zaha. Is he an alternative to that? Is this just an agent raising the profile of his player?

This one doesn’t seem likely to us. We could be wrong, but something smells off about this story.

According to Yahoo Sports in France, a Spanish club has shown interest in the striker, and a meeting is scheduled tomorrow between the player’s representatives and Arsenal.

In the past Laca has been a target for Atletico Madrid, and were it not for their transfer ban back in 2017 he’d have joined them in the summer we brought him in from Lyon.

They’re on the lookout for an Antoine Griezmann replacement, and although they’ve been linked with a €100m+ move for Benfica prodigy Joao Felix, it’s not inconceivable that they could rekindle interest in the Frenchman.

Would we be open to selling? In a summer in which we will probably need to sell to help finance the incoming deals, Lacazette is one of the only players who would command a fee that is in any way substantial.

However, letting your player of the season depart doesn’t really speak to any great ambition, regardless of how you reinvest, and it would also make Auba too sad to score goals anymore.

For the love of Bergkamp, do not sell Laca!

We should sell kroneke, he’s worth billions.

and Mustafi too, he costs us millions

Losing Laca would hurt more than when the schoolboy inside the Dutch cunt, decided to pipe up. Laca is the only player I really care about in the current squad. Love the guy.

Yeah, Bergkamp damn it, its the last thing we need!

No way we lose Laca. Him in that new away shirt is just too much sauce we can’t miss out on.

We should sell Laca. It will be easy to replace 13 goals.

He was also our top assister of the season as well. Very difficult to find a player to replace that kind of output

That’s why he was our player of the season. Easily replaceable? You’re really joking. How about his 18 goals too and his excellent partnership with Aubameyang

This is the problem when you only look at stats in that way.

It is 18 goals in total! And some of those came from nowhere, pure moments of magic. His vision and his link up play are second to none. He is simply irreplaceable.

Because the opposition was busy making the actual dangerman Aubameyang. Let’s face it, most of Laca’s goals are because of opposition concentrating on the bigger threat

Aint no way Im facing that.

When you consider what Lacazette does for us in terms of pressing, hold up play, making chances for others and creating chances for himself out of nothing, I’m not sure how easy he would be to replace. Somewhat controversial opinion but I think he’s more important than Aubameyang even.

His pressing was underrated last season, in my opinion. Every time the camera would pan to the opposing defense there was Laca, chasing someone down, forcing them into tight situations. I don’t think his worth can be measured in goals and assists.

I have become convinced that a big player is on his way out this last few days. The way we are approaching our targets and the players we seem serious about going after need us to sell someone first. There is no way we are not prepared to do what we have to to get Zaha, it would be so stupid to go after him of we had no intention of completing the deal. We would look like fools. Emery clearly want to fix our left side, he needs to have a balanced 4-4-2 for next season and wants another… Read more »

Just because you say “it makes sense” doesn’t make it true and is therefore nonsense.

Also, “Lacca” sounds like the name of an obscure Australian seaside town with excellent surfing.

Most of the transfer “business” you read about everyday is pure BS. Another dollop is agents and clubs stirring up talk to distract or to raise/lower prices. It’s the season for the suits to play, and they really have no ethics – don’t pay much heed to anything until it crosses the signature line.

And no, it makes no sense to sell Laca or Auba – we were nothing without them and Ramsey last season.

If we do sell Laca (which I hope doesn’t happen), it should wait until after we sign Zaha, otherwise CP will hold out for more money.

Lets hope it Mikki then

Say what you want, but Emery knows his Europa League market really well.

I’m hearing if we do sign Jarrod Bowen, we can loan him to St Etienne for the season and that will release William Saliba from his loan requirements.

However Saliba is open to spending a year in Hull which could pave the way for Liam Ridgewell (yes, I had to google ‘Hull players’) to bolster our defence for the season. It’s only speculation at present but that should by no means stop people ranting about it on Twitter for the next 48 hours.

If he scored 22 goals in the Championship from the wing he has got to at least be worth a look. Those are good numbers

Better than Zaha ever got …..

And don.t sell Laca unless it is for really big, Coutinho type, money

Make it happen board of ‘directors’!!!

I definitely would not want to lose either of our front 2.

However do you think there’s “legs” to the idea that Laca wants out to a Champions League club and if he leaves Auba is all but fine to move to Man united (probably with a wage increase or huge sign on bonus).

I mean when I look at it logically why wouldn’t they want to? Cause of the Adidas advert?

I would definitely take Pulgar for 12 million. Granted I’ve only seen him play for Chile in the Copa America but a decent range of passing and likes a tackle. 6 goals in 28 Serie A games is a decent return for a defensive midfielder at mid table Bologna.

Would be a better stop gap for a year in an area we sorely need a bit of common sense.

If we sell Lacazette or Aubameyang it would be the daftest window in many years, and that category has some stiff competition. Reinvesting those funds is a grand strategy but we are crap at buying and would have just told every player we are set for a long run mid table. We are, but don’t tell anyone.

Selling Lacazette will send a great signal to Aubameyang to stay next season and beyond… Particularly since we will fill the ranks with ligue 2 unknown winger, another inexperienced Cback who has barely played last season that we can rent back to St Ettiene, maybe an olver the hill winger plus we just bought a wonder kid from fourth tier Brazilian team Ituano. We are in great shape never considering our budget of 40m so we should throw it all on Zaha even if Palace obviously don’t have to/want to sell him. It shows our ‘ambition’. And we will still… Read more »

Pulgar is interesting. But I’d also keep an eye on Khedira (Matuidi) for price (salary dependent) as a stop gap. We don’t need to spend too much at CM. We just need a player at minimum with some common sense. The fact that he can cover as a defender may be an extra plus for us. If we can get CM in at 10m or under, that will allow us to concentrate the bulk of our transfer on Winger and Cback. Of the two, the money should be biased toward the winger bc generally, creative players will be priced higher… Read more »

Official. Spurs signed Ndombele for 42m. We announce some Brazilian kid from Ligue 4 who has scored 10 goals in two seasons. We have had sound financial management carefully taking care not to breach FFP so much so our commercial revenue has dipped even with KSE taking a massive consulting fee for their obvious positive effect on our income. It is in no doubt which club has more ambition at the moment in market for Bruno Fernandes despite recent stadium move. And which club is pissing in the wind trying to sign 18yr old defenders or Rbacks when we don’t… Read more »