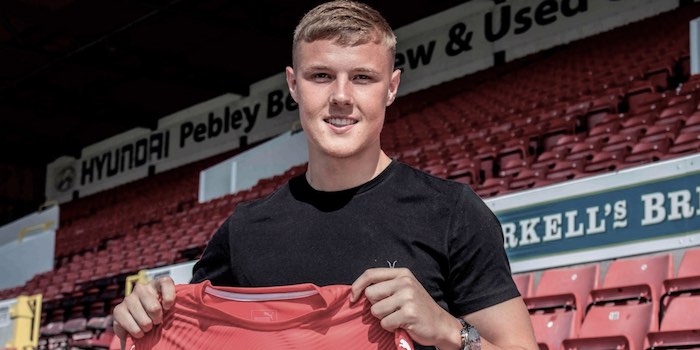 It was announced last week that Daniel Ballard will be spending the season on loan at Swindon Town, with the Arsenal youngster gaining his first experience of senior football.

There were some suggestions that Ballard should have been sent to a club in a higher division than League Two, but he is more likely to get regular playing time at that level than had he headed elsewhere.

One thing that is for certain is that the centre-back has the right mentality to succeed while he is out on loan.

Despite being just 19, Ballard is more like a senior player with regards to his professionalism, his determination to win and his leadership qualities.

As has been well documented, the youngster has had to bounce back from adversity to get to this stage, twice being released by Arsenal only to subsequently be offered a new deal on both occasions.

Now Ballard is entering an important stage of his development. It had been anticipated that he could have remained with the U23s for the first half of the season at least and potentially be involved in some of the cup fixtures.

However, it is perhaps better for his overall progress for Ballard to spend the entire campaign out on loan, which will help to provide an indication of the level that he is currently at.

Even if he impresses with Swindon, getting into the first-team squad at Arsenal will still be a very difficult task for Ballard, but he certainly won’t give up in his quest to succeed.

Ballard has produced some very impressive performances for Arsenal at U23 level, but there are still times when he makes costly errors. This loan spell is the perfect opportunity for him to improve before returning to Arsenal ready to make an impact.

Wow! A promising youngster that ISN’T a tricky attacking player! Let’s keep everything crossed – and I wish him all the best at Swindon.