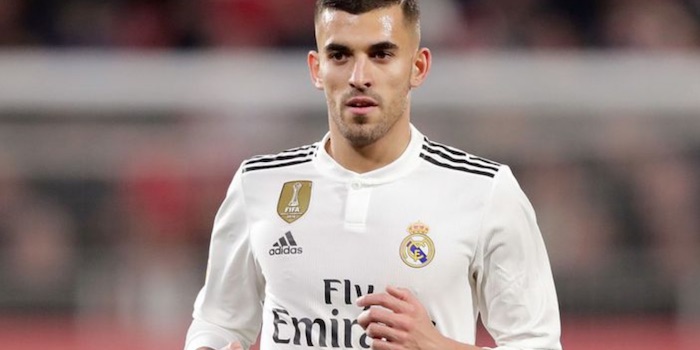 Unai Emery has all but confirmed the deal to sign Dani Ceballos on loan, talking up the qualities of his compatriot and outlining where he sees him fitting into the team.

It’s being widely reported that Arsenal have struck a deal with Real Madrid for the midfielder, and he’s expected to travel to London to undergo the formalities of finalising the the season long loan deal.

Speaking from the US this evening, Emery said, “We were speaking about the possibility to sign one player for loan. We had different names. The club was working on that.

“Ceballos is a very good player. I know him from Real Betis at the beginning and Real Madrid.

“He played very well in the Under-21s, his national team won the competition. He is an eight and ten player.”

With Arsenal looking for a replacement for Aaron Ramsey and someone to play away from home when Mesut Ozil can’t, the Spaniard looks like being a canny piece of business.

Although we will pay Madrid a loan fee, and the player’s wages for the season, it doesn’t eat too much into our meagre transfer funds, and will hopefully allow the club to spend money on a player we really need.

Super excited and would want him to be a permanent signing. We need a spanish technician in the team. Every team does. Eg. Cazorla, Fabregas
Now let’s get Everton. You also need a south american in your team. Eg. Sanchez, Edu

It never hurts to have one in attack AND one in defense.

Torreira has not been able to assert the sort of control Santi, Diaby or Viera did.

He has had too many give aways (leading to goals) and he is too easily bullied off the ball at times.

Not the solution made out to be (not yet anyway)

Hated that stupid dummy for swapping shirts with the Judas

Relax, it was a shirt swap. Don’t buy into the media narrative.

Shirt swap was bad enough but that could slide…. But At Half Time???! Incredibly dumb to say the least.

Judas used him… not his fault. He was naive to think he was his friend

Come on gays! It wasn’t all bad…

The good thing about this loan signing is… if this guy is serious about returning to Madrid as a starter the season after his loan deal expires with us.

Then he has to deliver.

He can’t have an average season if he wants to be a part of Zidan’s plans, especially when someone as good as Bale is surplus to requirements there.

His Real Madrid career is in his hands this season.

First, there’s no chance of a permanent signing. Both his club, Real Madrid, and the player are agreed that he’ll return to La Liga after the loan period. Second, even if there was a chance, it’s a tad foolish to be talking about it before he’s even laced up his boots at The Emirates, let alone kicked a ball, isn’t it?

While a reality check is never a bad idea but dreaming and playing football manager in it is what fans do so make an exception pls. Thanks

Mediocre signing. He did well in a kid competition, is going to take the spot of one of our graduates and go back to Madrid. So excited! We’re going up

He seems like an exciting, top young player who is developing well. But without any option to buy, this is a bit of a sticking plaster. It might help us temporarily but will do little for the development of our other young players (eg ESR or Willock who play in similar positions and are knocking on the door of the first team but would automatically fall down the pecking order). There is also no guarantee that Real will not offload him at the end of the season and, depending on how the season has gone for us and him, he… Read more »

Here is a wild guess. If he can help us get in the Champions League then we will have money to make his signing permanent 😉

Or if Madrid won’t sell, a permanent replacement

Hopefully. Many people in the press like to go on about how we lack ‘cojones or effort’ I think we rather lack technical players. Wolves, Leicester, Watford, Everton are all adding increasingly technical players. We only have Iwobi and Lacazette able to hold and dribble in tight confines. With nelson, we have another. But we need at least two more. Hoping we get Everton or one of Ziyech, Fekir etc (so many options in market we must surely land one) AND Cebellos. We need to operate against tight lines better and we need players who can take on AND beat… Read more »

Or Joe Willock keep up his improvement and is good to take over in a years time.

I like him. Looks like a Ramsey type player. Good tidy Spanish feet hopefully will help us assert more control in midfield. Also can carry the ball forward and has function as an AM if need be so versatility. This particularly with Willock impressing and Smith-Rowe still to consider. Should we sell one of Ozil or Mhkitaryan, we will have Smith-Rowe AND Cebellos in addition to the player remaining. If we (HOPEFULLY) get rid of the mediocre Elneny, we will have Granit, Torreira, Guendouzi AND Cebellos in addition to Willock. Makes plenty of sense and we have an option to… Read more »

Hopefully Edu can leverage on his Brazilian contacts and swing Everton Soares.

And hopefully Raul can convince his old club Barca to relinquish Umtiti.

Plus Cebellos, that would be a decent summer for me.

Sounds like a good deal. But hope Willock gets decent playing time this season too…he’s looking good in pre season.

Hopefully this is not another Dennis Suarez. But Arsenal had come to a point where they required to loan a player to play an important role in a team. That is sad. Just hope he did well for us for one season.

He appears to be a good quality player but you’re right – the proof will be how he actually performs, week in and week out, in the EPL. It’s very probable that he’ll do well, but it’s not certain.

While a few fans are still in denial, most now accept the very poor financial position we’re in at present – hence the kind of loan deals and loan-backs that we’re seeing. Basically, we’re trying to do a lot with a little.

I’m not a big fan of loans either. But we loaned Benayoun from Chelsea and finished above them in the league (let’s forget the fluke CL win).

Suarez is going to have a great career at his present club. He is a quality player, just bizarrely signed even when he was not 100% fit.

David Ornstein comfirmed that there was no official option to buy.

Now that’s disappointing. I expect more from Raul Sanllehi. I don’t want to see him leave at the end of the season.

Options aren’t free and we have no money

100% right. Anyway, Real Madrid aren’t daft and if he’s such a good prospect, they’ll want to keep him to play him, or to sell him for a bigger fee later when his value has increased.

Meh all that shows is that Madrid actually rate him and think he will improve. If he can help the Arsenal along the way is a bonus.

Would you rather play him or Willock?

Willock, as he’s ours

But for me its not about the economics. I’d just rather support a young Gunner than a Spanish player using us as a springboard for Real Madrid. Don’t get me wrong, Ceballos is a great signing to fill a position in the squad we don’t currently have. But if it’s ever a toss up between Willock and Ceballos, I vote Willock.

I would pick a certain dribbling midfield maestro who is lighting up the Euro U21s. Willock can play alongside and learn from someone who has played more than 80 top flight games.

Another of the painfully extended transfers looks like it’s finally coming to a conclusion. One point: there’s NO chance of a permanent signing at the end of the loan. Both Real Madrid and the player are agreed that he’ll return to Spain at the end of any loan period. That said, at least we’ll have him for a season and if he performs well in the EPL (very probable but not certain, as some Gooners appear to think) that will be a big boost for us.

Happy with this and Saliba, but if we really are walking away from the Tierney deal, there’s no prospect of defensive recruits for this year with less than 3 weeks to go – and we’re surely not going to see Koscielny again. So our biggest weakness from last season (shipping 51 goals) has actually got worse.

As much as a quality wide player would be nice (Everton, Zaha etc), surely we have to prioritise defenders?

Well Chambers, Holding, Bellerin later (and maybe Bielik) should be Like New Signings, but still a good left back would be nice, either Tierney or someone else the club could afford.

Love the optimism, and I’m a massive fan of Holding, but currently our list of CBs looks like this: Sokratis (solid if a bit prone to shithousery) Holding (won’t be ready for start of the season) Chambers (would love to see him come in and play well but shone for Fulham at CDM not CB) Mavropanos (looked very raw at the end of last season) Mustafi (nuff said) Monreal (probably only in a back 3) Plus the academy talent coming through is mainly further upfield (Willock, Nelson, ESR, Nketiah etc). Basically as usual our defence will be 1 injury away… Read more »

“and someone to play away from home when Mesut Ozil can’t”. Savage ?

Of course, everybody know that Özil chooses his games and avoids carefully to play in the North where it is too cold for his lil diva ego. That he pretends to be sick or to have some imaginary back’s problems and hop, the docs approve and he stays home to play Fortnite. This is well documented by Arsenal fan TV and other faithful fans. That a respectable club like Arsenal approves this is another matter.

If there are no suitors I would set asking price for Ozil at 1 pound, just to get rid of his massive salary. Consider savings from that ridiculous salary for 2 years equal to the potential lost transfer fee earned for him.

Ceballos being loaned in for this season, and Saliba coming in next season, only really counts as one signing

Real will probably sell him next season, and hoping he do well for us, fetching better price. Good business for Real.
A 50/50 for us, if he does well and we want him permanently, it will be an inflated price. So I don’t think we will see him for more than 1 season.

Sheer quality. He will bring what Ramsey did and more. And he is not injury prone, good in a tackle and has insane passing stats.
AND HE CAN DRIBBLE. Anyone seen that in our midfield?