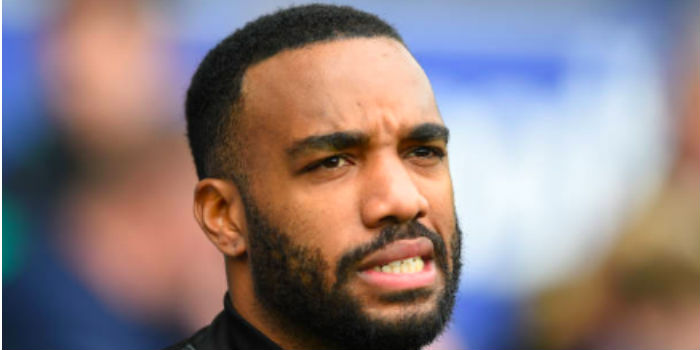 Gunners boss Unai Emery suggested that the injury that forced Alexandre Lacazette out of today’s 2-1 Emirates Cup defeat to Lyon was not serious. The French striker left the field after 15 minutes due to an ankle problem and was pictured leaving the stadium in a protective boot.

Lacazette spoke to French media soon after this vid. Told them he has twisted his ankle, apparently. #AFC https://t.co/a46nlL2BnR

But when quizzed on the injury in his post match press conference, Emery said this was just a precautionary measure. “We are thinking it is not an important injury. He decided with the doctor it was better not take a risk. He tried to play on, but it was better to not take any risks.

Emery also confirmed that he left Mesut Ozil and Sead Kolasinac out of the squad due to the incident they were involved in earlier in the week when weapon wielding assailants attempted to steal the vehicle they and their wives were driving in.

“They are very important players for the team, but sometimes we look at the circumstances and that was a decision between us that it was not a good moment for them to play because their mind is not 100% here.

“That is a very personal circumstance and what is most important now is that they feel calm and safe with their families. They came to the stadium this morning, they were here, but we decided the best was to let them rest today.”

If Laca got injured, it would have been nothing other than a total fucking disaster. As our defense showed us today, we certaintly arent going to be keeping many clean sheets this season. Out scoring teams is probably our only way to Champions League qualification. But in all honesty, I think we could miss out again if we’re going to defend as badly as we did today. Our only hope is that Chelsea and United are worse than us, which isnt out of the realms of possibility. Althought I think Leicester could be a real threat. So delighted Lacazette is… Read more »

Good to hear. The squad with him in it is a suspect enough. The last thing we need is to loose our best player of last season. Hope we do some strengthening though.

At least they gave him a goodie bag

Excellent. It’s been a good week for the Arsenal almost unbelievably good so I’ve been fearing the worst and then this happened . Won’t believe we have Pepe until I see him IRL in our jersey .

I knew nothing about the Ozil and sead issue, was this in the Uk or US?

Try and keep up! It has been on every news station, newspaper, and football related website. You must have slept for a week to have missed it!

Boris is PM too, don’t blame him if he’s developed amnesia tbh.

Surprisingly enough I follow as little of the news as possible when it comes to arsenal during a transfer window. Not really sure why me missing one non football piece of news leads to downvotes

Staying offline and away from the news and pre-season friendlies during the summer is a good look tbh. Was totally normal until not too long ago

Good to stay away from the internet for some time if you can. I envy you tbh.

It was in the main news.

In Hantal’s defence, it wasn’t covered here. At all. And, yes, I saw the reason(s) why they chose not to in the comments.

I mean, ok. But can you imagine the reception Kolasinac would have got, even if he’d come on for ten minutes at the end.

Fingers crossed he’s ok and will be ready for start of season.

We can’t be mucking around spending eventually 27m on a young defender that has featured but 19 times. That’s a lot of risk and no immediate impact. We likely put some money down for Saliba. I’m guessing we must have paid 7-9m to get the deal across the line (The rest in installments) We apparently paid 3-4m for Cebellos on loan. Pepe will cost us 14+m over the 5 seasons. So lets say we put out 25m+ so far. The entire budget is likely 40m + 20-25m we can raise on player sales – about 65m conservative. So without Tierney… Read more »

And this has what to do with the article?