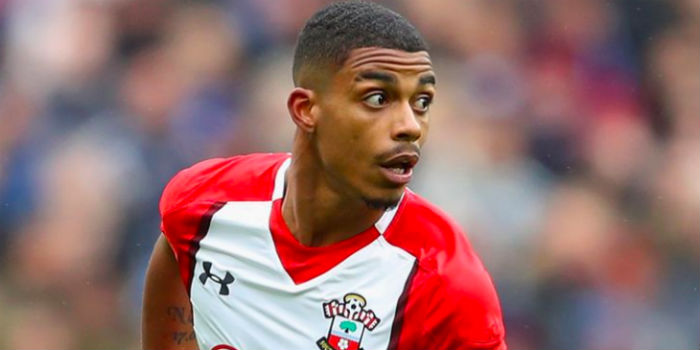 Arsenal are keeping tabs on Southampton midfielder Mario Lemina, according to both the Telegraph and the Evening Standard.

Two years ago, when the player was still at Juventus, Arsene Wenger opted against trying to sign him despite recommendations from within the club. Instead, he ended up moving to St Mary’s in a deal worth around £18 million.

He made a solid start to life in England under Mark Hughes only for an abdominal injury meant that kept him out for three months to take a toll on his progress. When he returned new coach Ralph Hassenhutl, himself once tipped for a move to the Emirates, was less enamoured. It’s said that he’s happy for the Gabon international to leave this summer.

While Arsenal’s Football Operations team are keen to inject the first team squad with Academy stars it does feel like an injection of experience wouldn’t go amiss, especially in the absence of Aaron Ramsey. Is a Southampton off-cut our level? Perhaps that’s an unfair description.

Speaking last week about his future, the player said: “I still have another three years of contract. But it is true that I do not rule out the possibility of seeing something else.

“The last four months have not been easy for me, with my injury. The coach put his team together. I want to start afresh. So why not leave?

“We have very good discussions with the club. We are in agreement. If I don’t feel good in this project, I can leave.

“They are giving me the opportunity to be able to go elsewhere.”

Lemina would be available for the around about the same sum he cost Southampton and it’s claimed that Manchester United and Leicester are also interested.

Obviously, when you see several clubs linked it does make you wonder if this is just an agent hawking his client to as many parties as possible, but we’ll see.

Not a bad player by any means, but can’t see this rumour having much weight to it

We don’t need another defensive midfielder, we need a box-to-box midfielder to replace Ramsey

For the love of god, please let us sign someone soon

Man, be it a DM or whatever, what we need in this midfield is mobile STEEL aka STEEL with a big engine a la Ramsey. Especially when we look like we’ll be blooding so many youth. That being said I haven’t seen Leminas YouTube to ASSURE he’s the new Frimpong confidently. Just stating what we need.

Given that Wenger apparently almost signed Ronaldo, Yaya Toure, Paul Pogba and Varane, we might want to snap this chappie up as Wenger seemed to have a great record of almost signing worldies.

A P
Reply to  HelderHughes

I cannot help but give credence to Leno Me’s charge in the Bielik article that HH is thumbing himself up through different IP addresses. Seems pretty believable.

He’s an upgrade on Xhaka so I hope the links are real. He’s pacey, tricky, can dribble and get out of trouble very easily. We can replace Ramsey internally with the promotions of Willock and Smith Rowe to the first squad. Lemina can also cover at rightback, so that’s an added bonus. We really need someone more mobile then Xhaka, and Lemina would be a great fit I think. Hopefully the addition of a winger like Malcom or Zaha will replace any goals we’ve lost with Ramsey leaving, so both Willock and Rowe can progress without undue pressure from the… Read more »

I stopped reading after you said he was an upgrade to Xhaka. ???

I know right? He is NOT an upgrade on Xhaka, the grass is not always greener. There is a reason Southampton are letting him go. I’ll grant he can dribble better than Xhaka, but his passing is subpar, he loses the ball a lot and he is so lethargic without the ball.

He cost them several goals by losing the ball, leading to counter attacks with everyone out of position. One against Newcastle and another against West Ham I can remember. He had the same issue at Juve.

He can play as a box to box midfielder as well as playing more defensively. V good all rounder who perhaps doesn’t excel at any one skill but is well-balanced on top of being a great athlete. We need more athletes in the team. We have skilful plodders aplenty but not much pace or power. He could grow into an excellent player for us and his price is relatively cheap. And he’d have resale value in the future too.

You must be Elneny’s agent if you read that description and think of him….

He played for Juve more as a box to box type I think. He was very highly rated at Juve which is why the Southampton move was an odd one. He’s youngish, athletic, and decent technique. Wouldn’t be a terrible signing

With Ramsey we have lost a midfielder who scores 8 goals a season consistently, as well as all the ground he covers. You’re not going to get the goals with a player like Lemina, just mobility. So you’re either going to have to sign a winger/wide attacker also, or hope that some of the youth players step up to contribute that sort of amount of goals we’ve lost

We need Van der beek not another torreira. I would rather play beilik/chambers as backup of torreira.

Why/How do people not see a problem jumping to these final conclusions/putting a cap on player development ? I think it’s an inability to add two + two because if he’s really mobile and balanced, as you agree I don’t see why he cannot add eight to ten goals being really comfortable in his own skin when all you need to get goals is be mobile have a brain and arrive in the box (eg Ramsey).

The guy has seven goals in his club career. I’d sooner go on past evidence than hope he can score 8 goals a season because he is mobile

If we signed him we still need an attacking midfielder or winger to score the goals Ramsey is leaving behind… but we’re not going to sign him, so let’s not worry too much more

Where are the poos?

Is this guy really any better than Elneny?

Just get Tierney signed. That would be good start. He looks just what we need at LB. That one should be done and dusted and he should be going to the US with the rest of the squad. Stop fucking about.

V different to Elneny. Quicker, stronger and more mobile. As much a I like Mo, Lemina has a higher ceiling and a similar floor as a player but offers more physically.

Leno me, I’ll be your friend
Reply to  midgunner

On his day Lemina can be top drawer, but that’s maybe 10-20% of the time, the rest of the time he is decent but never exceptional. We don’t need another player who shines occasionally. I agree with you Midgunner, focussing our cash on someone like Tierney who gives us better options formation wise, is highly consistent and has the potential to be a great player for the club over the next ten years has to be paramount.

I don’t profess to understand our transfer strategy, particularly this summer.

It’s almost as if we don’t have a head of recruitment yet.

Distorted perception? The only report that matters, is the single signing we have made so far, its another matter if that signing for now or future.

I suppose you are satisfied with the progress so far, while I’m worried, so be it!

That is what we call LIFE.

I would take him for 15 million. Since 2017 he’s had the best percentage of successful dribbles at 84 per cent in the league. Ok he’s not the flashiest of players, but he gives us powerful ball carrying ability which our midfield lacks. If we get a couple of wingers, he could add another dimension to the team.

I’m calling bollox on this one good and early

Get this done along with Tierney and a center half and I think it would be considered a good summer.

Maybe we could sign his agent, or whoever it is that’s successfully getting an underwhelming player some transfer attention.

Why are we always linked with injured players, can’t we clean deals?

Lemina is a very good midfielder when he plays. The trouble Juve and saints had was keeping him fit. He’s a good box to box player excellent passer and likes to shoot from range. £18m would be decent if we could keep him fit.

We’re about to sign Saliba, the Ornicle has spoken! https://www.bbc.co.uk/sport/football/48920561

‘Arsenal remain in the market for a player to come straight into the first-team squad in the same position.

Saliba joined Saint-Etienne in 2016 and no announcement on Arsenal’s acquisition of the France Under-20 defender is expected for several days while the transfer is finalised.

This is music to my ears (well, my eyes really, as I read it rather than heard it)

Saliba, does this we are actually planning for the future? I mean when Dick Emery’s done his 2 year stint and gone! Cos the club are not going to sack him, however bad he does, can’t afford to.

What have you succeeded in in life that needed a process ? Because you wouldn’t be so quick to use D words boy

Met this guy at the Frankfurt airport and I asked if I could sit next to him as he was sitting by himself. We shared our fries and I was the first person to ask him to sign for Arsenal officially. Seemed a nice bloke and took a few pictures. So if he comes, y’all know who thank.

A P
Reply to  TorontoGunner

If he stinks, we all know who to go after too!

Be a bit worried about injury issues. That will need heavy assessment. Plus if he is a limited player, its not what we need. We need someone who can travel with the ball from deep and also retain in confine space. See Viera, Diaby and Santi. Unless its transformative for us, I’d prefer to hold off on a permanent addition and consider a stop gap. Either a loan for a Cebellos or say an eye on either of Khedira or Matuidi at Juve (likely surplus to use with Rabiot and Ramsey joining for free). Their experience may be key (if… Read more »

Still looking at boobies and ignoring the transfers.

I think he is a very good footballer and cheap a better alternative to elneny and more mobile than xhaka. At that price a no brainer.

I doubt our offer of a 2nd hand fiat 500, and a half eaten packet of polo mints is gonna be that attractive to Southampton

Just watched the true measure, youtube. I think we should sign him. With Ramsey gone we’re going to be waaay low on backheels, cruyffs, and slaloms. This guy does them all, PLUS Puskas’.

Likes to turn it upfield. Some trouble with injuries. Plus, he’s used to wearing Red and White, with a Yellow and Blue 2nd kit, and he’s at Soton. He checks all the boxes.

I miss Tomas Rosicky.
I don’t know why I put that here.

not good enough, how damaged are we could even think a player who runs around a lot from a 2nd rate premier league team who want to offload we would come close to look at? his agent knowing we have a cunt on £350.000 a week will probably ask for at least a 3rd of that, said before that overated twat has a gun to our heads for 2 years before we have a realistic wage control to other players contacts. don’t buy anyone for 2 years Fuck all of your mustafis elnenys socraitis and all of the free loading… Read more »