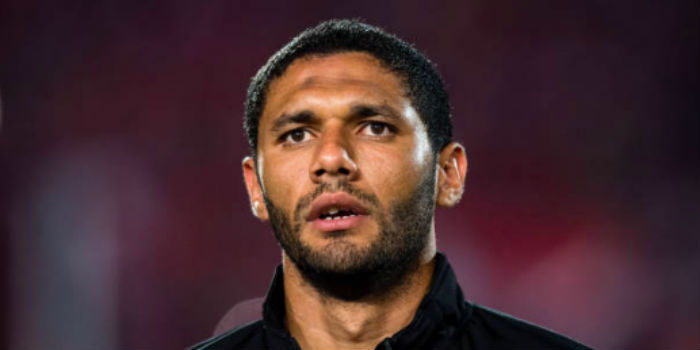 According to a short snippet in the Times (£), Bordeaux are interested in signing Mohamed Elneny.

The Egypt international, 26, is widely expected to leave the Emirates this summer and has already been touted as a possible makeweight in any deal with Crystal Palace for Wilfried Zaha.

Leicester, Fulham, AS Roma, Marseille and the usual gaggle of Turkish clubs have all sniffed around in the past.

Arsene Wenger signed the midfielder from Basel in January 2016 and rewarded him with a new long-term deal just before his departure was announced in April 2018. Since then, things have gone downhill for Elneny.

Unai Emery clearly didn’t fancy him and he was used just 17 times in all competitions last season.

It’s thought that Mo is probably on about £55,000 a week so offloading him on those wages to a club outside the Premier League could be a sticking point.

We’ll learn more in the coming weeks, after his country’s surprise exit on home turf at the hands of South Africa in the African Cup of Nations this week, he’s got a bit of time to think about his future.

Never really established himself. Hopefully make a profit. If not, suggest we blame it on corruption in football.

Or just shitness on our part

When you pay £7M for a player you get £7M worth of player.

No, you guys are right. Man City, Barca and PSG win because they buy £7M players from Basel.

Juventus don’t even pay for their players lol

Chelsea bought a certain Egyptian from Basle and he’s turned out okay. Granted after game time at a club that would offer him the minutes he deserves but your comment insinuating you can’t get world beaters at clubs like Basle is trash.

HelderHughes
Reply to  Kwame Ampadu Down

Guendouzi cost 7m and is now valued 40m+ after one season

If you buy a youngish player for a low price then you’re betting on potential. Some players work out, but many do not. If you pay a lot more then the odds likely are better that you are buying a better player (or one who is viewed with more potential). It’s not a science so you can find exceptions to every rule.

Do you know how much Vardy cost ?

That’s merely speculation and look where regularly playing an £8M player got us. When Guendouzi did start, our win ratio in the league was in fact 38%. A lot of people seem to assume he’s destined for greatness but I’d be far more inclined to say the jury is very much out. However, he is worth more than when we signed him as the gamble has kind of worked so bigger clubs than arsenal may take the same risk we did and invest in him early. But he could still end up playing lower league football for the majority of… Read more »

“if Basel are happy to let a 24 year old leave for £7M, you probably aren’t getting the next Xavi.”

Exactly. Possibly the most reasonable comment made during this transfer window.

I get your point but there are quite a few examples of players we bought for a price when there were other players available for a similar price of much higher quality. We have not bought well for quite a while, up until last summer where I think we spent 70m (roughly) & got players worth a lot more than that now.

Erm.. we paid £35 million pounds for Mustafi. Some value that was..

Worth at least double what we paid for him. Better get it, Raul. Or is that Vinkety Vinkervamvenkisham’s job? (Can you tell i have absolutely no confidence in our front office?)

Decent squad player, by no means a part of the shit that’s been happening recently. Good luck to him wherever he goes if he does.

I know it’s modern times, but never expect ‘The Nanny’ to be the man.

We could throw in a free Mustafi to sweeten the deal…

God no, we don’t want to scare then off

Not good enough imo… the Palace game confirmed that!!!

Kwame Ampadu Down
Reply to  Sue

I don’t think one game should really confirm an opinion on any player. Elneny seems like a really good lad with a great attitude….but to honest I think from early on in his time at Arsenal he has looked like being at a club of our size was a bit above his level. Good luck to him wherever he ends up.

Sue
Reply to  Kwame Ampadu Down

The Everton away game also then.. and that was just last season! Don’t get me started on other seasons ? You can see why he doesn’t start many games for us!! But yes I agree with you – good luck to him

He had some good games for us, especially when playing alongside Xhaka.

He has not so good games for us, when paired with others.

He wasn’t world beating, but at least he doesn’t slide tackle air or give away penalties and accumulate red cards. Nor mouth off to the media when he does not get games.

Santori evaporated at the headline …

He lost his strength when he shaved his head

oh well, we’ll always remember him for his goal against Barcelona i guess!

At least Mustafi and Ozil had some function.

The problem with this potential deal, as will be the case for several of the other players Emery will want/need to get rid of, is their current wages. We still have, thanks largely to the Wenger-era unfortunately, a number of highly paid, but quite average, players who won’t leave as that will mean taking a pay cut. The only certain way to get them out is to run down their contracts. In the meantime, we’re paying good wages for not a lot. Financially, it’s a terrible situation to be in for Arsenal, but there it is.