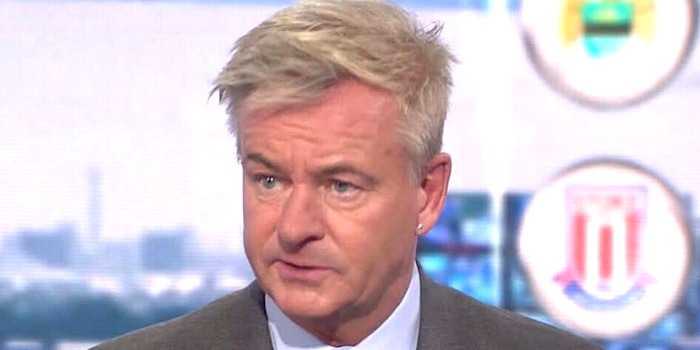 Former Gunners Charlie Nicholas says that although Arsenal have paid a significant transfer fee for Kieran Tierney, the new signing is an upgrade on both Nacho Monreal and Sead Kolasinac.

The 22 year old followed the same path from Celtic to North London as Charlie, signing a five year deal today for a fee of £25m, making him the most expensive Scottish player of all time.

Speaking to the Sky Sports, the man who scored the goals to beat Liverpool in the 1987 Littlewoods Cup final, sounded pleased.

“He would be much better than what Arsenal currently have,” he said.

“What I can say as an Arsenal fan is they’re signing a very talented left-back who will get better. Arsenal will make him better.

“And the club had to make a statement of intent defensively because they’ve been lacking in that department.”

As for the price Arsenal paid, he continued, “My honest opinion is it’s quite a high price. Celtic have got very good value at £25m.

“I know Celtic fans say he’s worth £40m because of how much (£50m) Aaron Wan-Bissaka went to Manchester United for.

“He’s played in the Scottish Premiership, he’s a treble Treble winner and an absolute diehard Celtic fan but the time is right for Kieran to move on.”

25m these days is an absolute steal!

My thoughts exactly but judging from the rest of his statement he was being frank.

I think the price is right and not a steal at all. Can’t compare his price with Wan Bissaka because United would just pay anything even if the price was 80m. Raul has really outsmarted the market. Hopefully he can outsmart the market on the selling part as well. Still got time to offload some players.

Agreed the price is right. Bassaka cost more because he already has Premier League experience and shown he can cut it in this league. Tierney is coming from the Scottish Premier League which, lets face it, is Championship/League One level.

To be fair, Celtic and Tierney have held their own against Bayern and City in the CL so they’re probably a level above that

I hope you aren’t talking about Mustafi, he’s not as bad as everyone says

Raul made some sleek play with the market and our finances. We all heard how we have 40-50 mil this summer? I think it was correct. Based on transfers in and out. We’ve only spent something like 50 mil.

so far, we can still see more players going which could take that figure down to 40m

You do know AMN isnt a defender right?

AMN is a second choice right back now as we didn’t replace Leitchsteiner.

That AMN is not a defender is a myth in my opinion.
Whether the manager was Emery or Wenger he played as a defender 9 times from 10 matches. (LB, LWB, RWB or RB)
(I personally think – his best position is RWB)

Not sure why you’re getting thumbed down for a pretty uncontroversial statement. Though I think the Mavropanos experiment is looking all but over, the poor guy has barely been fit since coming here.

I also thought this, but then Emery spoke about him in glowing terms midweek and made me think he is holding off to see how the current injury pans out.

No Shit Charlie. thanks Captain Obvious for this gem of insight.

Bit rich, given that you can’t string a sentence together.

I’m not sure who else you could find for sub £25m who is better/has better potential than him? Cracking deal all considered ?

So pleased with this window, bring on Sunday!

First he is fit, second he plays, third we see.

Also, this is so much better to close the window before the start of the season.

Its definitely the right policy. But current situ surely leads to clubs in some countries holding out for closure of the English and Italian market to make it a buyers market with clubs in those leagues looking to offload.

8m for Luiz is great business,Tierney is a bargain too,i love that guy,,hail hail the celts are here!!

If he’s up to the challenge.

That’s a pretty brutal transfer window in which overall, including the promotion to the first team squad of Saka and Willock, we actually look stronger than last year.

If you roughly do the figures. We’ve spent only 50 Mil give or take abit lol. Maybe that 40-50mil warchest wasn’t so far off. Great play using what little we have to buy some solid players. Maybe if we qualified for the CL, Iwobi could have stayed.

We’ve spent 25m on Tierney, prob 4m on Cebellos on loan, 6m on Martinelli, between 14-18m for Pepe and likely 7-10m for Saliba. I think we’re closer to 59-60m We’ve sold about 25m without Iwobi. Plus 40m in transfer war chest at start of summer. We can prob sell 2 or 3 more players in Elneny, either of Ozil or Mhki, either of Mustafi or Chambers. There is less pressure to make price with the remainder on potential chopping block bc of Iwobi sale. OTOH Iwobi sale may be bird in hand but it makes us thin in options even… Read more »

Tierney chiefly upgrades Monreal bc the Spaniard looks leggy now. Kolasinac and AMN are far from perfect but are useful in a back 3 set up and we are never going to have perfect. There is such a thing as improvement. To think we had people linking us to Ryan Fraser and some Ligue 2 player called Claude-Maurice, the Arsenal fans all too gullible were bigging them up. The only down side with Pepe is the amount of money may weigh on future summers particularly compounded by the unproven Saliba and we sold Iwobi who would have been useful on… Read more »

Like buying the perfect-fit top-class CB that wasn’t actually available on the market, wasn’t affordable, and wasn’t pushing at his club to let him join us, you mean?