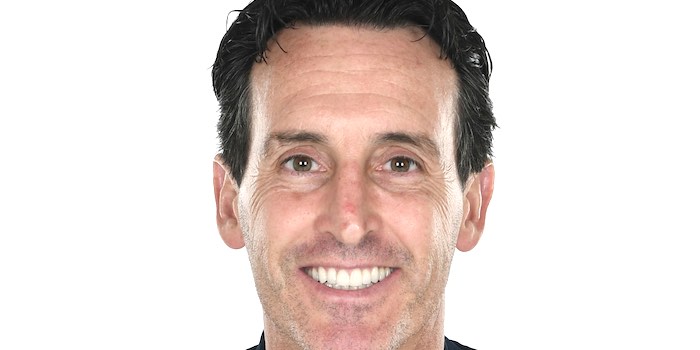 Unai Emery says he’s waiting until his squad is finalised before he decides exactly who is going to be in his group of five captains.

At the moment Mesut Ozil, Nacho Monreal and Granit Xhaka are the chosen trio, but with the potential for further departures, the head coach is delaying his final selection as one or more of those players could leave the club.

Speaking at his press conference ahead of Sunday’s Premier League opener with Newcastle, the Spaniard was quizzed about who would be his captain following the departure of Laurent Koscielny earlier this week.

“As you can understand, we are changing players at the last moment and also with Laurent Koscielny, he was the first captain, and he left us five days ago,” he said.

“Also, we have had other players come in. Now we have the squad and we have finished the transfer market, but it’s still open in other countries.

“Unfortunately, we can achieve the last moment finishing yesterday with some players but now in the next 25 days we could lose some players. It’s the reason I want to close my squad clearly.

“At the moment we have three captains: Xhaka, Mesut and Nacho, and I want to take two more because my opinion is the same as it was in the pre-season with five. I want to be with my squad clearly to have two more.

“At the moment we have three captains and I think they have the capacity to give us possibilities as captain.”

So, clear as mud then! Could Nacho leave? Or Mesut? Or Xhaka? Are we gonna make Hector a captain? Arseblog News thinks we should. All will be revealed in time though.

Looks to me like we’re keeping Xhaka, Özil and Nacho based on his comments. He probably means he wants two more in addition to the three he already has.

Zinedine Zidane, july 2019 on which player impresses him most against Arsenal: “Mesut always impresses me.” But gosh, what does he know?

Yes Ancelotti is a terrible coach and he is Mug for selling their best player! In the meantime I cannot see ZZ rushing to sign the player that always impresses him.

Love it that people are still waiting to see the best of Ozil a full six years after we signed him.

Biggest bust in the history of the club.

“I only know one name in the whole Arsenal team” that means.

The non-playing captain thing might change this season then.

If he makes Mustafi captain, surely that will mean we’ll sell him faster?

Seems to be a big hint that Xhaka might go…

Laca will be one of my choices.. very commited, very vocal, plays his heart out..

Add hector and rob to the five, then keep working on clearing out the dead wood.

I’m thinking Sokratis would be a fabulous option!

Given that Unai has managed David Luiz before and clearly thinks highly of him, I wouldn’t be surprised if he is eventually named as one of the five captains.

I’ll bet on that. No more seasoned footballer, nor leader at the club

This is kind of mental actually. If someone may go, why are they even being considered for capitancy??

Firstly, why on earth does he need 5 captains?
What’s wrong with a captain and vice captain?

Secondly, the captain should surely be someone who has a cemented position in the first team, not someone who’s dispensable enough to have a an uncertain future at the club.

The Arsenal captaincy used to be something special, sacred even. This seems to be diluting it somewhat.

No player should be a guaranteed starter so it’s hard to have a fixed captain. That said, a club captain could be any appropriate player.
On match day give it to the best leader of the eleven

Looks like Leno is the only guaranteed starter to me (from how Emery selects). He should be be named captain with Hector and Sokratis as VC. The jury is still out on Rob Holding. Will he start when Saliba and a new CB (Upemacano) join?

I would just give it to Sokratis.

We need an experience head at the back who can organize and he has been with us a season which is good enough for me. Granit can be second captain.

BUT that’s it. No 5 captain nonsense. Lets have some accountability.

Trouble with Sokratis is that we can’t be reasonably sure he’d remain on the pitch, can we? Giving him the Captaincy may cause him to show more self-control (which he should have given his age/experience), but no one can guarantee it. The question is: do we want an Arsenal Captain booked/sent off quite so often as Sokratis is likely to be? Anyway, if we ever did give it to him we’d need to appoint a Vice Captain asap – he’d be needed very quickly!

He was sent off once, the way your talking you swear he missed half the games through suspension

I remember a captain a few years back which got a few red cards indeed (actually he’s tied for 1st place of most red cards in PL history). Pat Vieira was his name I reckon …

I actually agree with you

Please drop this five captains nonsense, Unai. I’m not aware of any other EPL club following this route. What’s wrong with the (albeit) old fashioned Captain and Vice Captain model – it seems to work perfectly well for, well, everyone else? Nothing wrong with innovation, but it’s got to be worthwhile.

I wish my teeth were as white as his.

If Iwobi had stayed I would have made him captain. When he came on in Baku he looked like the only one who gave a shit about getting us back into the game. For who we have now, personally I’d have Lacazette and Sokratis as captains too, they lead by example, work hard and both have a lot of experience.