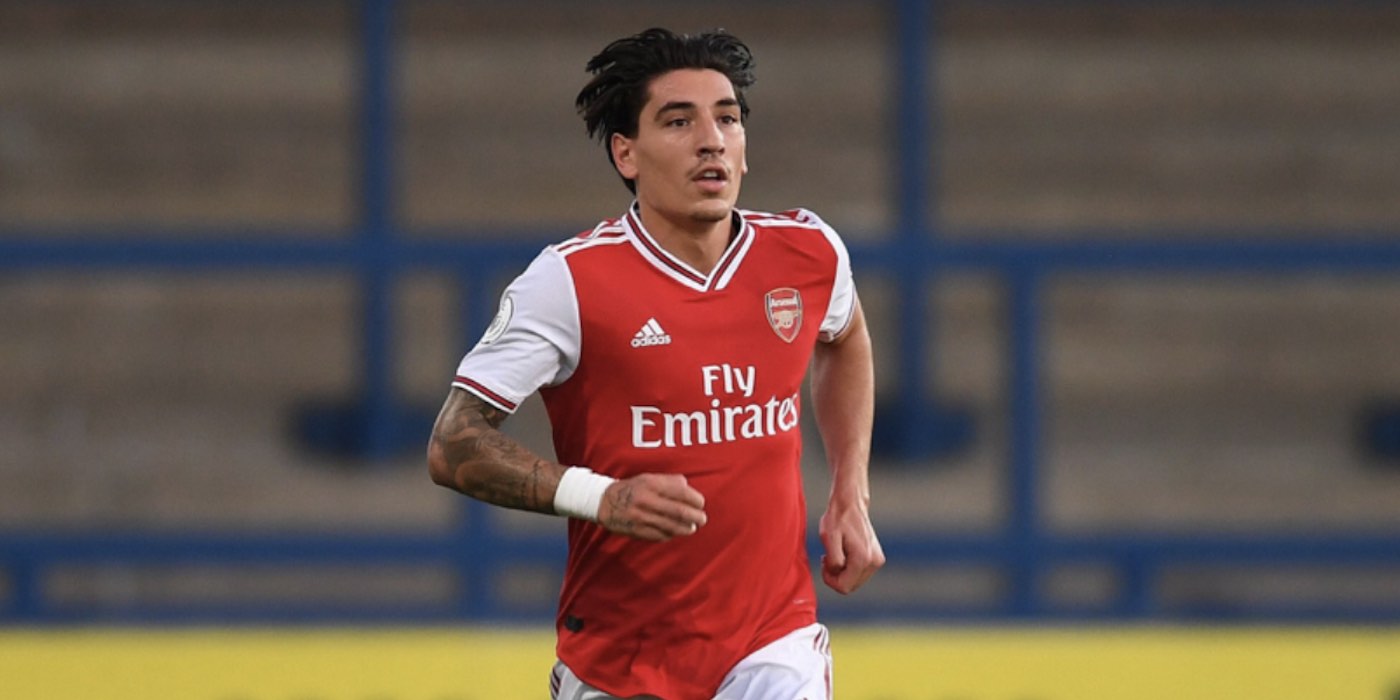 Hector Bellerin and Kieran Tierney have taken a significant step towards a return to first team action with a run out for the U23s this evening.

The full back duo lined up from the start for Steve Bould’s side against Wolves, and for the Spaniard it’s his first action since rupturing his ACL against Chelsea in January.

Tierney, meanwhile, has been suffering from an ongoing hip injury, and he’s yet to feature since his £25m move from Celtic in August.

The pair played for 62 minutes, getting valuable playing time under their belts, and both will be assessed carefully afterwards. It’s great to see them in action, and for Bellerin in particular it’s been a long road, so he’ll be delighted to be back on the pitch in red and white.

Dinos Mavropanos also played in the 2-2 draw which saw prolific young striker Folarin Balagun score twice, but Arsenal were denied the win by a late equaliser by the home side.

However, despite the dropped points, Bouldie’s team remain unbeaten so far this season.

We need Monreal back for LB

He cut it ages ago where have you been lol?

Did anyone manage to see the game? Wondered if anyone had any insights?

Excellent news! I’ll love the fast approaching day when we have a full compliment of defenders to choose from; and can give or default/plan B options some competition for their starting berths.

AMN will get less game time but will play in Europa, FA cup and Carabao. This will allow Bellerin not to fatigue the knee too much. Same on the left side, Tierney will play PL games and Kola other competitions.

Hoping AMN challenges for a midfield role, good on the ball, more mobile than Xhaka, bigger than Torreira and hopefully has picked up some added defensive nous from his time at RB

I’m not so sure. I think he’s too casual with the ball, losses possession too often. I can’t really see a place for him at arsenal other than backup to bellerin. He wants to be a winger, but we got a lot of talent in that position.
With AMN there seems to be huge potential, but he just hasn’t been able to take that final step

How well would you progress if your square peg was getting forced into a round hole?

I see your point, but I still belive AMN just isn’t good enough for arsenal, whatever position he plays.

What’s remaining is in his mind. It should come with age

He’s being played out of position.

*Balogun. Glad to hear the boys are getting some minutes, hopefully we’ll see them back on the pitch soon!

I approve of this message.

Kroenke the Klown
Reply to  George

I heartily endorse this product

Bellerin will be named captain. I’m calling it, remember the name – Jambon…mmmmm, Jambons ..

Ah, the all familiar case of an injured player getting mysteriously better, and also acquiring out-of-the-blue leadership qualities.

Some salty Hoop or may be one of them lot down the road whose stadium looks like a toilet..

It should be “do better, cunt” – but then you’re used to leaving spaces I guess, like the big one in your trophy cabinet.

This is very good news.
When they and Holding will be back in the first team, Emery will have no more “injuries” excuse for our school boy defending.

This is the best possible boost for the team right now. I have a good feeling that Pepe and Bellerin can make a special partnership. Just think of Hector overlapping and the one twos down the wing. Hopefully he can help facilitate Pepe’s integration into the side.

The speed down that side will be fearsome.

People need to evaluate their expectations a little bit. It’s impossible to come back from a long injury lay off and hit the ground running. Holding is yet to register a full season under his belt where he plays consistently as first choice. He was still an up and coming young defender when he got injured. And players don’t improve while they are injured so i don’t understand how is he going to sort out our defensive issues. Defending has also never been Bellerin’s strong point. Tierny is yet to kick a ball in PL, its pace is going to… Read more »

Reality check indeed; but they could all hit the ground running. That is not beyond the realm of reality also.

As Wenger would have said, when players return after injuries, they play with the handbrake on and cannot use what they have in the locker.

I agree with you but I also doubt they will make us any worse than what we are currently experiencing in defence. Any bit of improvement on the current state of our defence is a welcome idea as our attack is sure to deliver the goods. So am every bit excited about their return.

Don’t see any comments from people hailing a new defensive messiah. Everyone seems just happy to see a good player fit again and hopeful that he can make a difference. Maybe you’re referring to a different forum?

That balagun kid is something considering he is just 18 playing for under 23 he is very prolific. Him and John Jules makes a very wonderful partner ship.

Hope they all turns Good because throw in Saka , Eddie, Smith Rowe, Willock all academy graduate, Five years from now on we a looking pretty good. Given they all make it, Because you never know with young Players.

and that’s even without you mentioning old nelsey boy

arseblog can you please ask andrew what that was going past his window? i really want to know. indeed it sounded like an aircraft but he didnt answer even after you said it ????

Why podcasts need to be updated on the news site

The unfortunate probability is that both will suffer periodic setbacks with other muscular injuries as they continue their recoveries. You see that very often with Arsenal players after long absences. Hopefully Emery will be smart with their usage early on and luckily we have two players have have played big minutes in Kolasinic and AMN that should give Emery confidence in any of the four outside backs.

Blogs, frankly, I’m surprised you haven’t reported the 8 0 mauling of the team we were so scared of last week. ?
I mean, this is as much news to us as news can be. ?

They might as well report on Rambo getting on the scoresheet for Juve. Just saying.

Good news. I’m guessing one of them may have some feature shortly. Kolasinac put in quite a shift midweek so possibily either Tierney for some minutes or maybe AMN.

Other flank again maybe Bellerin for some minutes or AMN soldiers on.