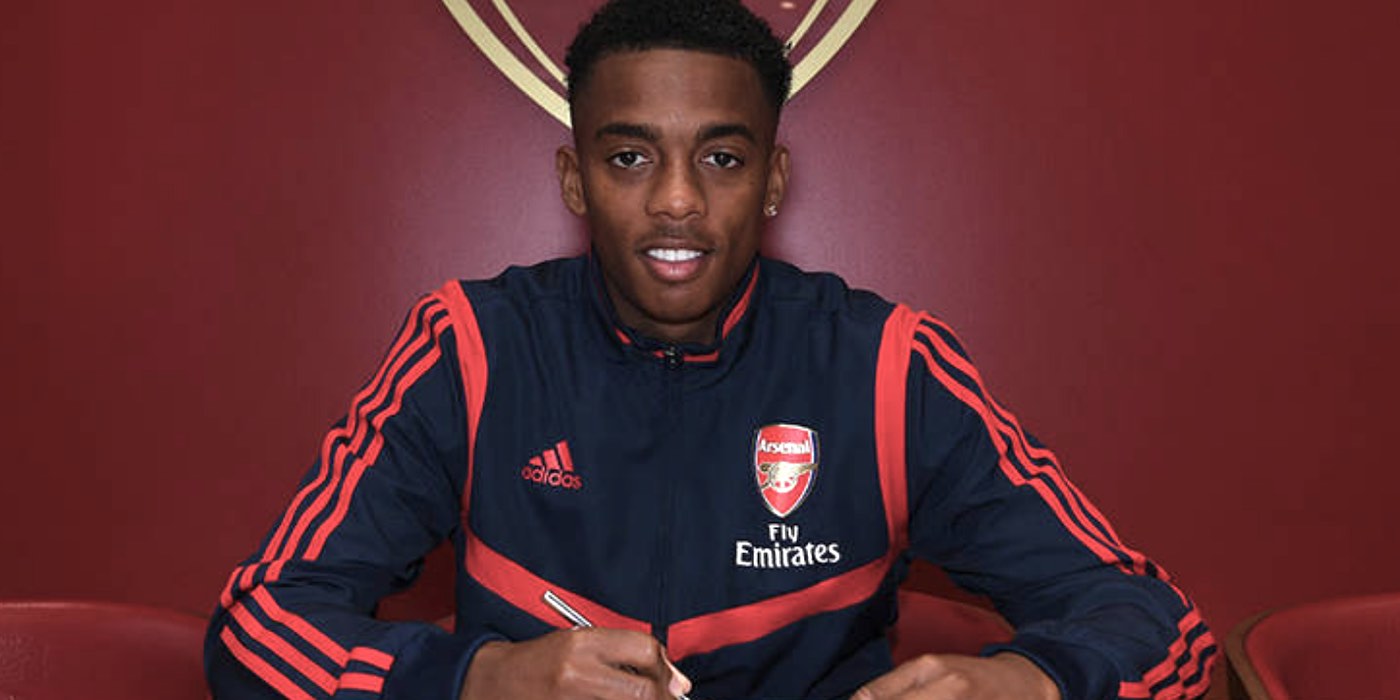 Arsenal have announced that Joe Willock has signed a new long-term contract with the club.

Having previously signed new terms in November 2017, the new deal is a reward for his recent progress, and a four year contract will secure his services until the end of the 2023 season (which sounds so far in the future we’ll sure have Hoverboards by then).

He starred during pre-season, and Unai Emery kept faith with him for three of our four Premier League games so far, with starts against Newcastle, Burnley and Liverpool.

The 20 year old has caught the eye with mature midfield performances, and his development into a first team player continues apace.

The club’s Technical Director, Edu, said, “We’re delighted that Joe has committed his long-term future to us.

“The hard work of the academy coaches and staff, Joe, his family and everyone behind the scenes have been key to the development of his potential.

“Bringing young players through to the first team from the academy is an important part of our approach and Joe’s progression is a good example for how we want to work in the future.

“Joe has shown hard work and determination to get this far. He’s continuing to develop and we look forward to him making a big contribution to the club.”

It’s great news that one of the Academy’s rising stars has fully committed his future, and let’s hope he’s player we see a lot more of in the years to come.

Hopefully this can be a good example for our academy players to follow, especially after losing talented youngsters like Amaechi.

Chris has returned to England and has signed a contact with WBA.

Chris has returned to England and has signed a contract with WBA. Hope he gets plenty of game time.

Chris has returned to England and has signed a contract with WBA. Hope he gets plenty of game time. He still has time to build on his potential and perhaps one day we will see him back at Arsenal again.

Chris has returned to England and has signed a contract with WBA. Hope he gets plenty of game time. He still has time to build on his potential and perhaps one day we will see him back at Arsenal again. purple monkey dishwasher.

Chris has returned to England and has signed a contract with WBA. Hope he gets plenty of game time. He still has time to build on his potential and perhaps one day we will see him back at Arsenal again. He also said Johnson’s a wanker.

Getting Joe to re-sign and refusing to let Koscielny’s public tantrum bully them into giving him a free move away – all signs we have a smart football club again.

With clubs like Bayern eyeing up talents like Joe, we have to prioritise pay rises and secure long-terms for them. Getting these kids to commit is not easy and costs hard cash.

England (u21) starters in attack, a young midfield with maturity (ESR, AMN, Guen and Will) and a young back 4 once Saliba is in. “The future’s bright, the future’s Arsenal”.

Will locked into another contract! *will grab my coat soon*.
Our club is finally being run smartly, love it!

Yup. We raul edu know what we are doing!. Could u pass me my coat too?

The English core is shaping up nicely. AMN, Willock, Nelson, Holding, ESR. All in or around the first team and looking to impress

Xhaka’s planned paternity time off next month, would give Willock more chances.

Although young, Willock, Guendouzi, Torreira (in a more defensive role), along with the loanee (hopefully perm soon) Ceballos have the opportunity to be the main men in midfield.

Hell yeah ! Let’s imagine those young lads are getting 30 to 50% stronger than they already are today in the coming 2 to 3 years, both individually and collectively… Sky would be the limit ??

He looks so assured, calm and confident on the pitch which is mind boggling to see for a 20 year old in his first full season. I think Emery’s biggest contribution to arsenal before he leaves would be guendouzi and willock

Hopefully we can get Guendouzi to sign as well, we need him here for a long time.

Will be more delighted when Robbie Burton makes it to what Joe has.