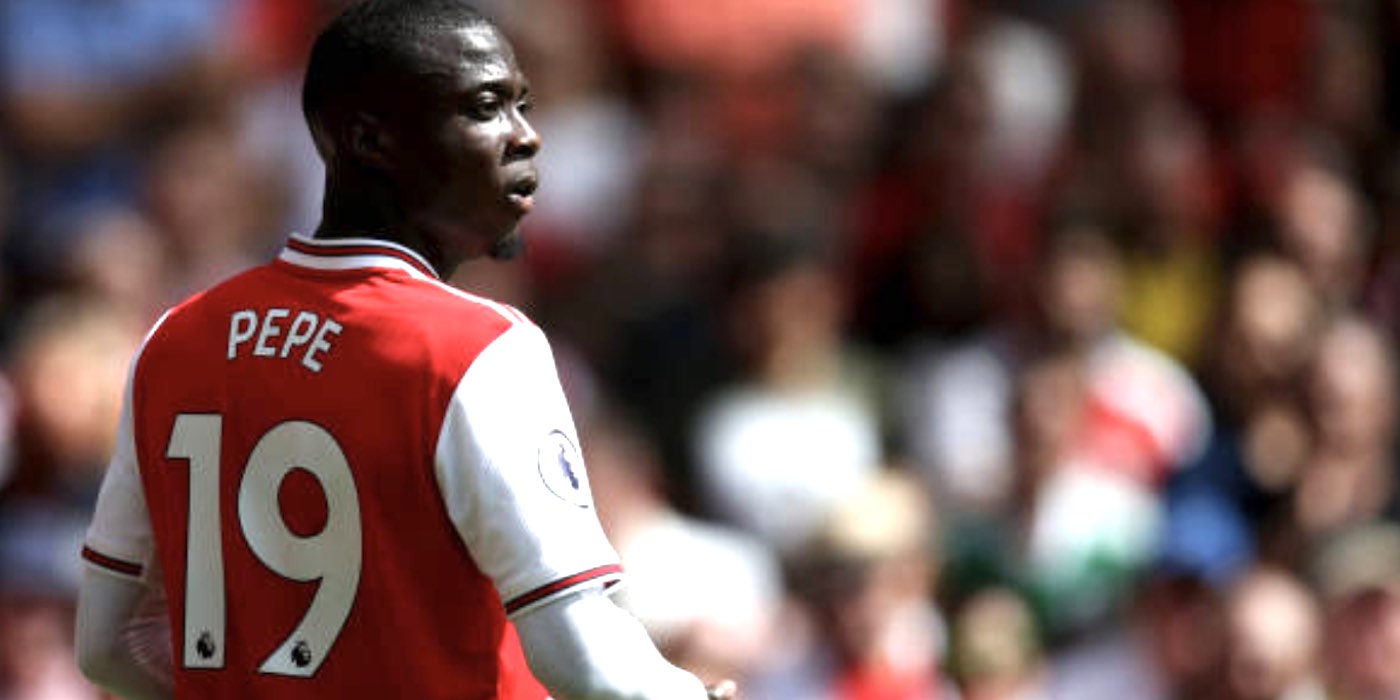 Nicolas Pepe has withdrawn from the Ivory Coast squad for their upcoming games against Benin and Tunisia.

However, it’s not because of an injury apparently, but so he can return to London to work on his fitness.

Sky Sports report that the club’s record signing originally linked up with the squad, but it was considered best for him to not play so he could get himself fully fit after a truncated summer break.

The 24 year played in the African Cup of Nations, and returned late to join the Gunners in August.

He has featured in all four of our games this season, starting twice against Liverpool and Sp*rs in the North London derby.

We could do with him firing on all cylinders when we start again next week with a trip to Watford, so hopefully this common sense approach will pay dividends.

Way to go.. I read that it was because of an injury, thanks Arseblog for the clarification..

Perhaps Cote d’Ivoire are just trying to save face in that one of the highest profile transfers in the window would rather prepare himself for the Premier League season than play for the national team.
It is not often that national team managers exhibit that sort of common sense!

Really hope he can produce. The premier league is such a big step up from the French league. Some say he is too one footed but if I remember correctly the same was said of robben. Let’s hope he can hit the same hights

This is always noticed more in left footed players. And yes, I am an embittered left footer.

So maybe you have a different eye, any right footed players you think are too one footed? I always thought Sagna a little but it does stick out with lefties to my eye.

Great dribbler but single-footed or not Pepe needs to shoot better. He shouldn’t take free kicks until this is fixed.
.

Blimey, common sense from a national team, hopefully we receive more miracles in the rest of the season.

It’s so much common sense that I’m not sure I believe it..

@Rick So you mean to say this much common sense is not very common? ?

Sensible.
He has nothing to prove in two third rate friendlies; he has it all to prove in the next epl games.

He has hints of ousmane dembele in his personality and playing style..

Finishing as well. Hopefully it’s just the fitness and the start of the season jitters

This dude has got speed I must say. He needs to work on his finishing though. Let’s get him firing on all cylinders. Thank God he isn’t injured. I was scared for a moment.

Plenty of promise from him. He looks to have way more to come. Still (understandably) not on the full wavelength with the rest of the squad but already gives us a different dimension with take ons making space, quicker transitions in the counter, and those diagonal runs in field (releasing fullbacks AMN or Bellerin to bomb wide)

Finishing needs a bit of sharpness too but it will all come.

I think we are waiting a little bit too much from him. Whereas the size of the transfer fee, doesn’t change the facts that he is still relatively young (not a 28 years old Aubameyang who was one of the best strikers in Europe for years before he arrived), came from (and played all of his carreer in) France, working with new faces, new coach in a phisically much more demanding environment. I hope the fans and pundits will “give him” a couple of months at least…

If he can get his decision making assisting and finishing spot on we have a gem of a player. He can run with the ball like its stuck to his boot and that pace is frightening.

They were probably worried he’d split his sides laughing at Zaha having guzumped him for an Arsenal move!

He really does remind me of his compatriot Gervinho. Hope Pepe can score more and be a bit more consistent than him.

You been on that Skunk rice again?