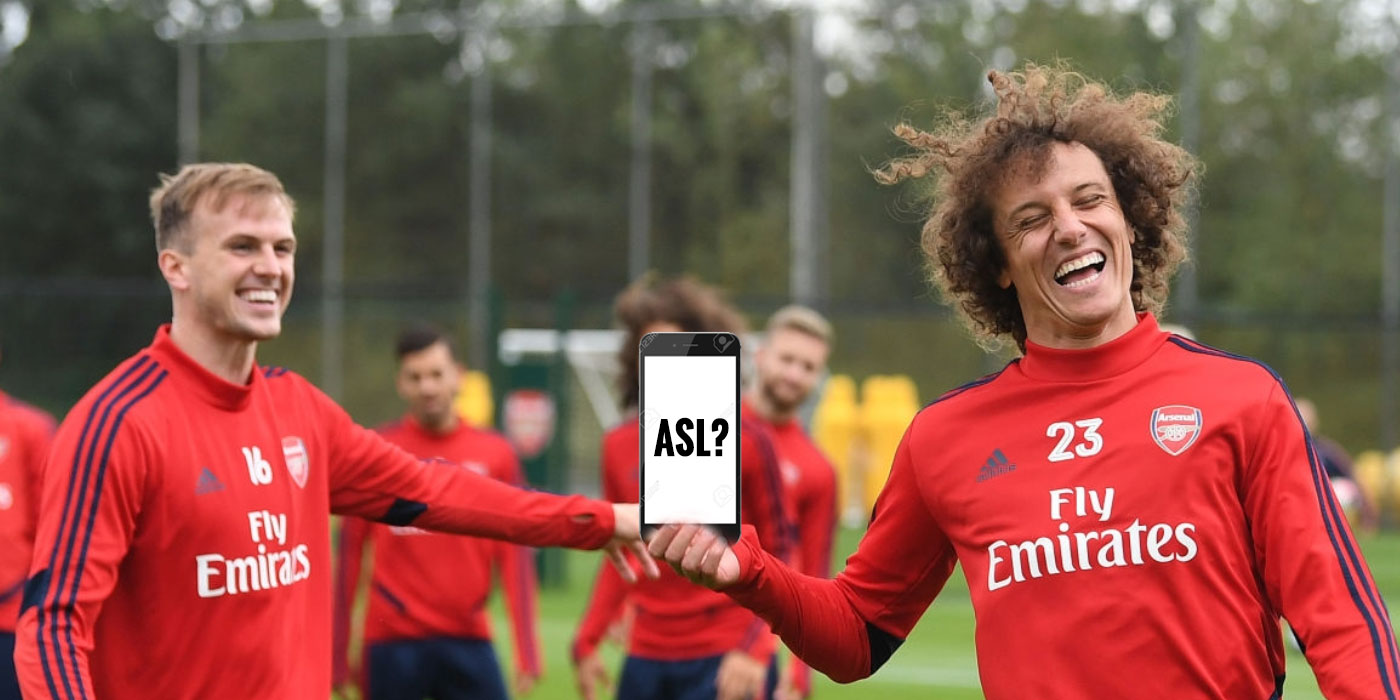 After he picked up his ACL injury at Old Trafford last season, Rob Holding received many messages of support from what he calls the ‘Arsenal family’.

Former Gunners Philippe Senderos and Ian Wright were in touch to wish him well in his recovery, but it was a surprise text from now teammate David Luiz that took him aback most.

The Brazilian was then a Chelsea player, but took time to send a message of encouragement to the centre-half – and that gesture of kindness has been something Holding is keen replicate for others going through their own injury struggles.

“David Luiz messaged me out of the blue and I was taken back by it,” he said.

“He just said that it happens and that I’ve got a great career ahead of me. He told me that I just need to focus and I’ll be all good, so I felt if he was doing that for me why I can’t I do that for someone else, because it may give them a little boost.

“I never played in the England Under-21s with Lewis Cook, but because we had the same injury at the same time and we had surgery on the same day, we’ve sort of kept in touch with each other.

“I remember when Sol Bamba for Cardiff did his injury too, so I also sent him a message.

“When you go through an injury like that and you’re out for nine or 10 months, football and rivalry is put aside and you’re just getting behind each other.”

The world is too often a depressing place at the moment, so these random acts of kindness shine a little light on that.

Fair play to Luiz, and to Rob for paying it forward.

What a couple of lovely human beings.

id love to be wrong, but i cant see sokratis doing this :/

A Gorilla
Reply to  goonerink

Almost nobody does it. That’s the point

Sokratis is more “on your face” guy. He might not give good advice words but ge surely will be one of the first to help directly right away ala kolasinac

Why don’t we also talk about how Brighton made spurs look real shit and giving us a real chance at top, this also is like David Louis SMS to Holden. Think of it mates

Steve
Reply to  Jack but

Maybe because this post is about the good things footballers do for each other. You can talk about the Brighton game on another thread…

What a fabulous thing to do….David Luiz, whatever people think of him, is obviously one of life’s decent human beings…. Love that the members of the Arsenal family sent him messages (once a gooner….) and love even more that Rob is doing the same for others…