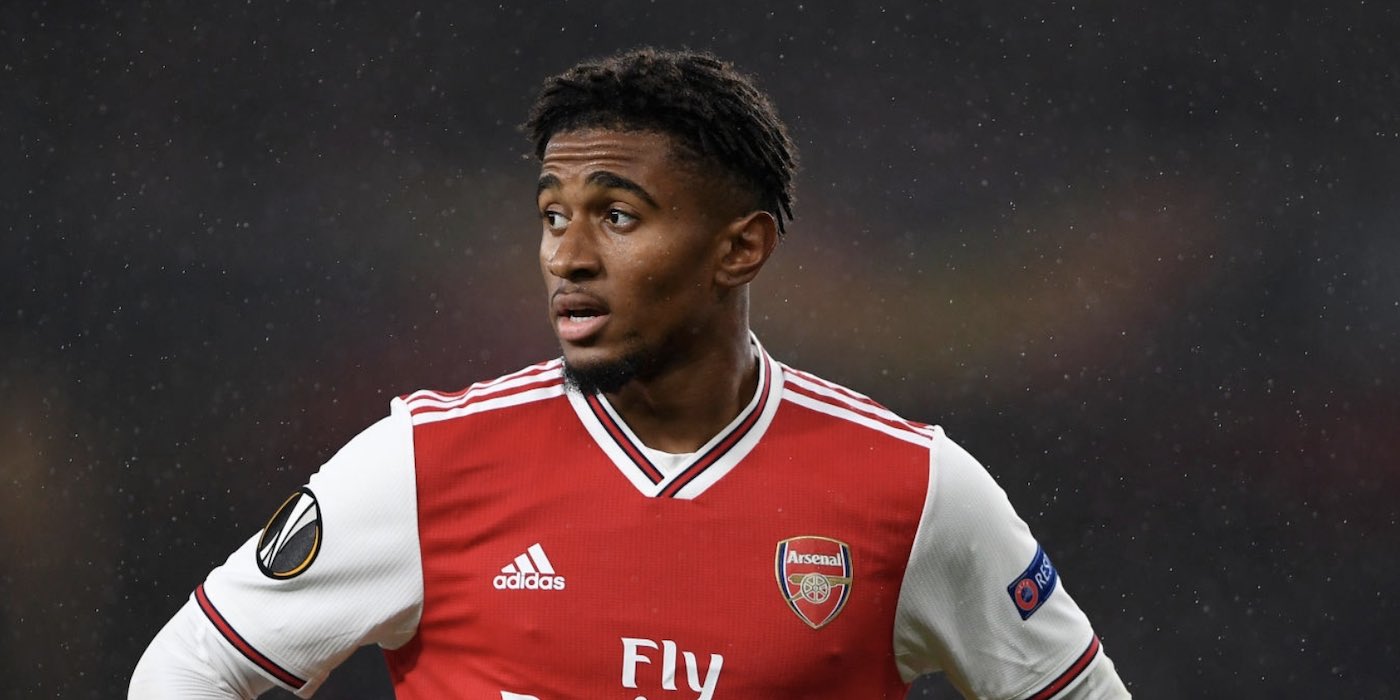 Reiss Nelson will spend the next few weeks in the treatment room after suffering a knee injury.

It doesn’t appear to be too serious, with James Benge of Football London suggesting he’ll only be out of action for three weeks.

Reiss Nelson set to spend three weeks on the sidelines. Underwent scan on Friday on a knee injury, sources close to the player tell me.

Given that we’ve got a two week gap until our next Premier League game against Sheffield United on October 21st, that’ll eat up a good chunk of the absence.

Whether he’s fit enough to be considered for our Europa League clash with Vitoria at the Emirates remains to be seen.

Nelson has scored once and provided two assists for the Gunners this season, but in recent weeks appears to have been overtaken a bit by Bukayo Saka. In that sense the injury is a bit unfortunate for him, but with more Europa League and Carabao Cup football to come, he’ll have chances to impress again.

He has withdrawn from the England U21 squad, but Joe Willock and Eddie Nketiah are both still with the squad.

Time for Martinelli to shine in the PL games too!

Shame – thought he had a good game against Liege and I saw flashes of the Nelson I really like – hopefully he’s back and challenging Saka and co quickly.

Like Pepe he needs a goal to boost his confidence and then i think they both will take off! Nelson has a really good workrate, nice turn of pace and good technique…just needs that extra bit of belief right now.

Nelson has already scored, and I’m not sure he needs a boost of confidence. I think he’s been playing brilliantly. It seems Emery has taken a shining to Saka which has been keeping Nelson out, but I would say Nelson and Saka have been pretty equal, and both pretty great.

Yeah you’re right! He did bag a goal against Forest didn’t he. I think he’s been pretty good too, but he has been outshone by Saka and Martinelli and he does look just a little off his confidence when shooting. He has the game, just needs that final part to close it out. Again similar to Pepe. Nelson has the advantage over Pepe that he doesn’t have opposition quadruple teaming him when he gets the ball (nor the weighty price tag).

I definitely agree with you there. I sometimes think Nelson actually tries too hard, if he relaxed I think he’d be amazing. Saka and Martinelli look so calm and collected, even under pressure. I suppose Nelson reminds me a little of Iwobi, great talent but tries too hard when he gets close to goal. If Nelson keeps getting chances he will overcome that though.

Smith-Rowe was the very very hot prospect in pre-season of last year.

I think saka, ESR and martinelli are more switched on defensively. The rest have occasional lapses.

Awful timing with the Vitoria game but most importantly the Carabao Cup game at Anfield on October 30th.

Thought we were over the dreaded 3 week syndrome…

Wishing him a quick recovery.

Rest, recover and go again Reiss!!! We believe in the homegrown Arsenal youngsters.