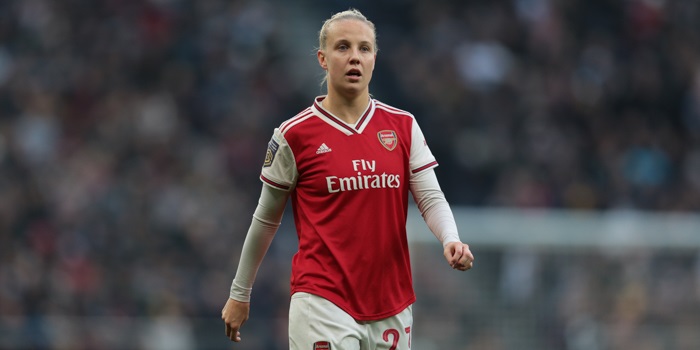 Arsenal Women forward Beth Mead has signed a new long-term contract with the club. The England international signed for the Gunners in 2017 after scoring 76 goals in 77 games for Sunderland.

She has since moved into a wide forward position and she has made the left-wing berth her own in North London. Mead set a WSL record for assists last season as part of the Gunners’ title winning team with 12. Only Jen Beattie has clocked up more minutes for the team this season.

“We are very happy that Beth has signed a new long-term contract with us,” said head coach Joe Montemurro. “Beth is incredibly talented, and she has developed so much in the last couple of years, so we are excited to see her continued growth.

“Beth is an integral part of our squad both on and off the pitch and it is brilliant that she has committed her future with us.”

? “The girls are enjoying it just as much as me – and I think that shows on the pitch in the performances that we're putting together. We want to go as far as possible!”

Arseblog News caught up with Beth on Sunday, shortly after the Gunners 1-0 win over Liverpool in the WSL.

Have I entered an alternate dimension where good news about Arsenal is allowed?