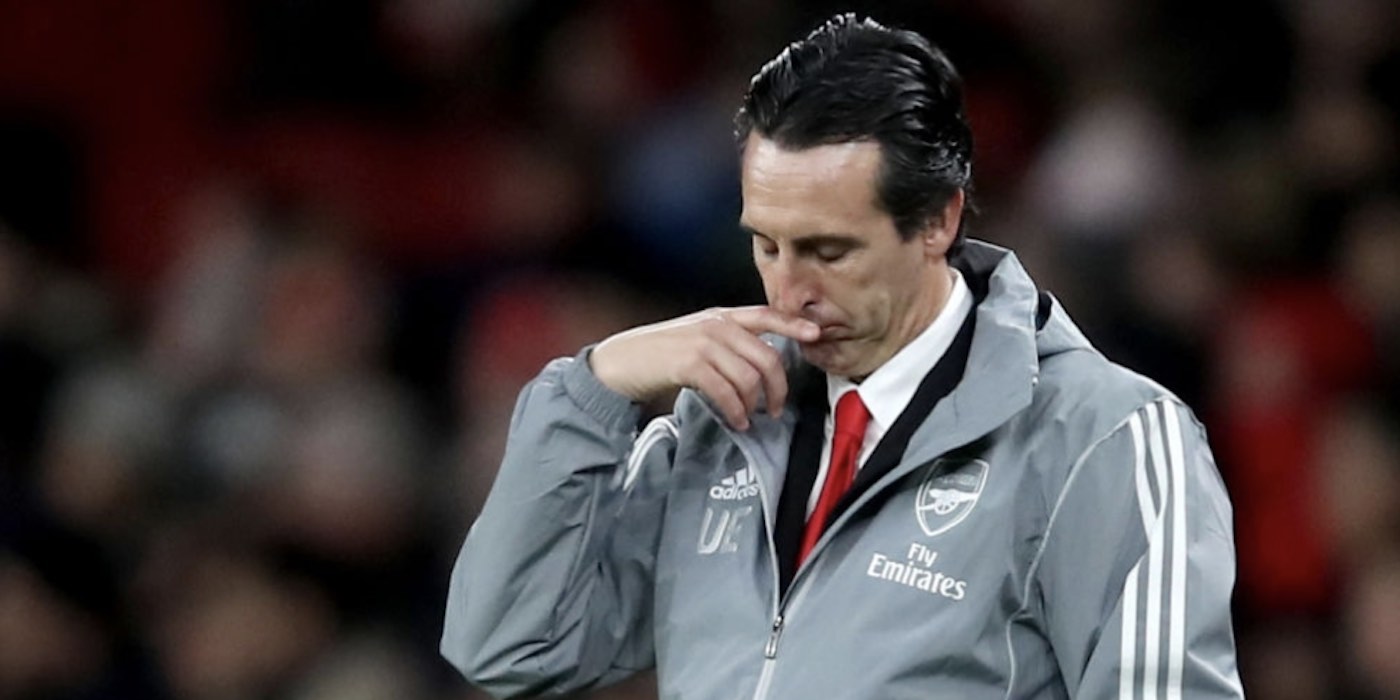 Unai Emery spoke to BT Sport after tonight’s 2-1 defeat to Frankfurt. This is what he had to say:

On another difficult night

Good evening, yes we lost here. Today we improved in the first half, we had a lot of chances and didn’t concede a lot of possibility to score against us.

The second half, the first five minutes were good for us, but we lost the control in 50 minutes, they scored two goals and we couldn’t change that.

The first half above all we controlled the game, we were winning 1-0 and in the second half we created chances to score the second goal. It was positive the way we were playing, but really in 50 minutes we lost control.

In the last 20 minutes we tried to come back, but really we didn’t push and didn’t create a big opportunity to score.

Are fans the wrong to boo at the result?

They helped the players and they helped Granit Xhaka. We were losing, they were angry and this is normal. The team tried, I think we deserved more but we lost control on 50 minutes and they achieved that result.

Injuries – impact on subs? No Laca or Pepe?

We had some injuries and we needed to change Luiz, and then had also injuries with Mustafi and that conditioned the changes.

Xhaka injury – should he have come off?

He wanted to continue. He helped the team, he really played well.

I am positive but above all realistic. We lost a good opportunity to win that match, but we’re still first. We are going to take another chance in Liege.

I am only analysing the match and only this match.

I made Arsenal more competitive…

how far have we fallen…

Are we there yet?
(Said every Gooner anywhere.)

He doesn’t get it.

Will never get it.

As long as the opposition don’t try, we can boss this.

No shame in losing to the German number 7.

I think I may end it

I almost feel bad for the guy at this point. Blindingly obviously he needs to be removed. Raul by waiting is almost guaranteeing our season is finished as he’s allowing Emery to drop points in all of our easy games while a new man will need to take points against Chelsea, City, etc.

Match is 90 mins mate plus change. Fuck off. I miss Wenger’s brand of delusion. Even the type of delusion that gets you hammered 8 2 at OT because you genuinely believed you could put out a dside and let them play wide open football and win at your hoodoo ground This guy is literally at the other end of the spectrum.

Badaab
Reply to  The Arsenal

yeah, been saying that for weeks, guy is paralyzed with fear of even the weakest opponent, he’s only game plan is ‘dont lose’, which he clearly cant pull off.

The Arsenal
Reply to  Gsevan

Emery is that guy when your 2 1 down with minutes to play not to bring on any attackers. And then say at least we didn’t lose 3 1.

The Arsenal
Reply to  Badaab

And then lose anyway.

His plan is just to go out.

well that’s alright then Unai, call up UEFA and ask them if they mind changing the facts of the match so it ends after 49 minutes.

Not going into style, attitude, performance, all too fucking familiar and depressing, I’ll leave that treat for Andrew and James, and hope they’ll have the one thing we all want to happen to talk (sing!?) about, or it’ll be another magical moment on air when the pain finally stops.

What a great idea! It’s called the stage point and compensate the loosers we are.

Don’t want to get everyone more depressed but I watched the Wolves match and their surrender of a 2 goal lead looked like Arsenal in disguise. Do we really want N E Santo?

We used to get thrashed by the bayerns of the world. And now…

I’ll have you know they finished 7th last season. Losing by only 2-1 against them is no mean feat.

I think in his heart he knows that he ant change things. He’s just waiting for the sack and getting the payout. Thats why he’s made shitty decisions like in crystal palace subbing on saka instead of pepe.

If only games lasted 50 minutes…I think somebody needs to tell him that a football match is 90 minutes long. I like Emery as a person but he just has to go. He must lie in bed at night, giggle to himself and say how on earth have I not been sacked? before peacefully nodding off to sleep.

It’s 5am in the morning here. I read this interview and he sounds so inept, like he can’t tie his own shoe laces. WHO gave this guy a job?

I was laughing hysterically, thinking of the barely restrained Arsenal fans barely kept in check by our phone screens.

Someone put him AND us out of our misery. He is, what Moyes was, to Manure… Out of his depth.

It is kinda sad. And funny.

I don’t think he knows what to do anymore. Prob out by Norwich game. It looks precipitous otherwise. Granit had a decent game but the man was limping and should have been taken off frankly if not at the half. Again we lack control and drop in energy meant surrendering a one goal lead. We had our chaces further up but not taken either because it was a young inexperienced Willock (the header and through ball) or just simply we did not protect the ball enough (Auba) But in such a high stake game (as far as managerial status is… Read more »

Blogs, it is “Good Ebening”. You have spelt it wrong.

Hmm. we didn’t win are we? But at least we lost.

It was an illusion, you moronic blowhard. And completely and utterly irrelevant in any event.

You know just for the sake of clarity, he should have been interviewed in spanish after the game once so we at least knew what he wants to convey. I can not make sense of this.

Can somebody please tell Emery that a game lasts 90 minutes plus injury time?