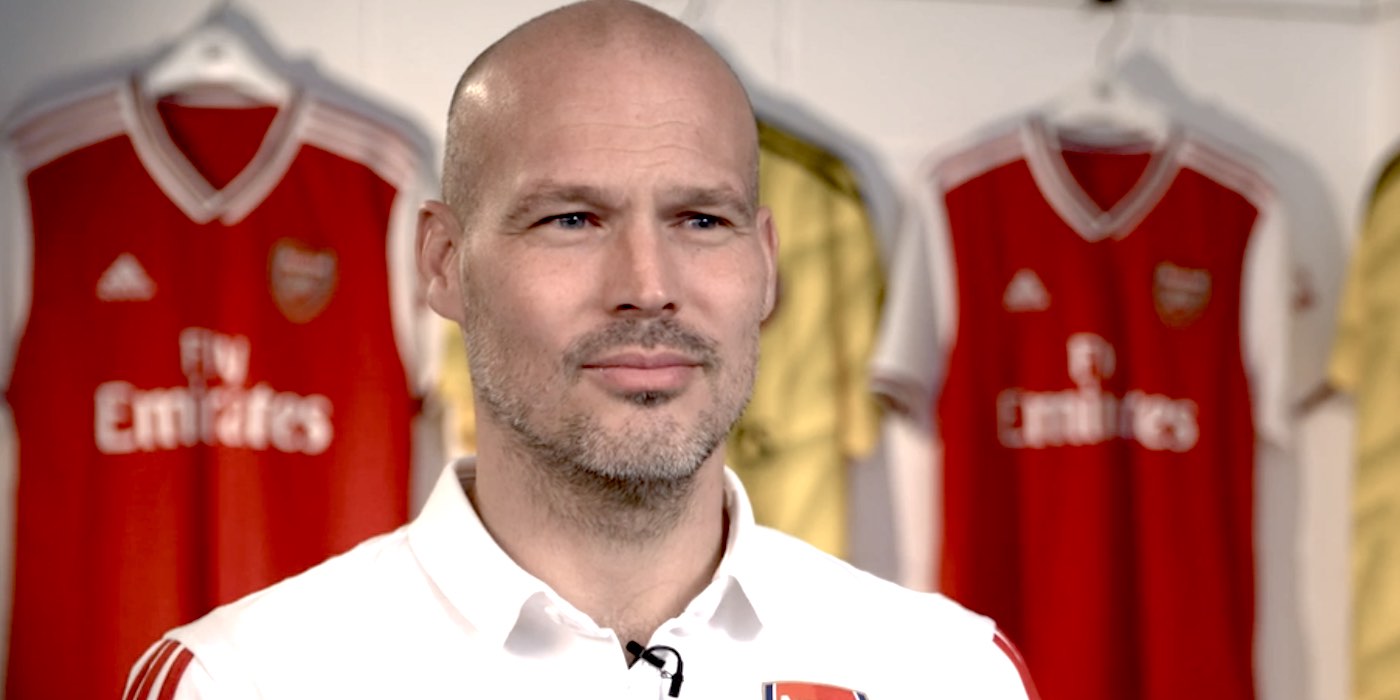 Freddie Ljungberg will take charge of Arsenal at Norwich tomorrow saying it’s an ‘honour’ to be at the helm of a club he represented with distinction as a player.

As a coach he has a tough task on his hands though, trying to arrest a slump in form that has seen Arsenal go almost two months without a Premier League win.

In his first big interview since Unai Emery’s departure and his interim appointment until a successor is found, the Swede touched on the way he might approach the job and how he can get more out of the players as we look to get our season back on track.

Speaking to the official website, he suggested he’s going to imprint his own ideas, but without much time to work with the squad it’ll be incremental.

“Of course small things will change,” he said.

“I’m not going to do anything radical because I don’t think that’s the best thing to do. I’m not going to just go and smash things up, but I’m quite clear with what I think I want to try.

“At the same time, we have one training session until the game tomorrow so we have to be intelligent with what you try to change because it needs to stick as well.”

As for the way he’ll get the team to play, he continued, “I’ve been at Arsenal for a long, long, long time, I like entertaining football but of course at the same time you can’t concede goals.

“That’s a tricky balance to find. For me, happy footballers play the best football. That’s a part I learnt as a player, there is a time to work hard but at the same time we need to enjoy what we’re doing.

“Often the players we have enjoy playing offensive football which makes them happy.

“When the club asked me to help them of course I said that’s a given, I will try to help them as much as they need. We will see from there.”

I think we all are, finally. And though it will take time for Freddie to alter our playing style and get results, I think, overnight, Arsenal have their intimidation factor back. The BFG on the sidelines will help with that!

oi, i posted that yesterday :))

lol, down voting a joke, some people really need to get a grip

He’s so dreamy though.

Yes his style of play, tactics and player management were very offensive.

Yes, very offensive to look at.

A joke is always gone when you have to explain it.
Never explain jokes, the people who get it will get it. The others won’t laugh even if you explain it.

You just took it a little too far there…

Obviously this time the right sort of offensive.

I want people who know this club to have key roles. That’s what I’ve been advocating for. It’s good to have some outsiders as well but not at the detriment of what it means to be The Arsenal.

I’m hope Freddie is a smashing success and gets the job permanently. If he doesn’t, I hope we bring someone who knows what it means to be The Arsenal football club and who can deal with this increasingly demanding fan base

or put another way, emery clearly didn’t understand the club or the arsenal way, makes you wonder what Sanllehi saw in the interview, other than a way to give his mate the agent a nice 10%.

still got major concerns about his role at the club (Sanllehi)

You know Gazidis gave him the job right?

do we know that for certain? they were all in place when the appointment was made, so it was only Gazidis that gave him the job?

I thought Gazidis was pumping for Arteta?

got were saying, all knowing one?

Guys need to calm down. People have such short memories, was not too long ago that Emery was being praised for showing passion at tackles and being nimble with his substitution. Now we are cooking up conspiracy theories about how he was appointed because of an evil super agent. He did not work out, let’s just move on

Maul Person
Reply to  Will

We’re just doing for Freddie what, we did for UE when he started. Emery’s results spoke for themselves so he bore the brunt of our frustration. We hope it won’t be the same with Freddie and his past stellar work at the club, albeit with the U23s, suggests he’ll do better than Emery did. But if he doesn’t…

got keep your head on the sand, people who care will worry about the future of the club.

evil super agent your childish words, not mine, if you dont care about the possibility of undue influence of an outsider without the interest of club first, your being pretty short sighted.

evil super agent your words, not mine, if you don’t care about outside influences who don’t have the good of the club first, your being short sighted

don’t know who the fuck you are will, but seems no one allowed to question you, twice had perfectly reasonable replies to you removed, that’s a shame, no more blog then (like any one will give a shit), but thought this was a fair and open forum

‘The noises since then suggest it was in fact Sanllehi, who held the more lowly head of football relations title at that point, who got his man in the end. For every painstaking analysis of Emery’s failings there must be an acknowledgement that the biggest error in the first place was to decide he ticked more boxes than seven other interviewees.’

Well if the modern day impatient fans / Arsenal Fans TV etc cannot get behind Freddie then I give up. Great man – was a wonderful humble pro and a legend in my eyes!

I doubt any one (of the main speakers) from AFTV will be calling for the head of Freddie this season. The only way that would happen is if we are in the bottom 3 by February/March (and that would trigger reasonable panic tbh). For now, there is a new dawn, we are all excited and a bit nervous because we want Freddie to do well. I will shed a tear if he is beaming with the team on a podium, with the EL trophy in hand and a top 4 place in the league secured. Let us hope we see… Read more »

It’ll be interesting to see how Freddie can change the mid-set of the players, if he can. Hopefully it breeds new life into the squad. It might be wishful thinking but I’d like to see him go with Holding/Chambers at CB and give them a run at being a partnership. They’re both young, so will make mistakes, but it’s not like our experienced options aren’t so incredibly error prone it makes small children cry. Tell Torreira to just sweep in front of them and stop the opposition taking pot shots or picking up the second ball and maybe (MAYBE) we… Read more »

Martinelli needs to start playing. The kid is special.

Yeah agree. First attacking sub in front of Saka and Nelson. Push him into first 11 if he continues to score/assist.

No, I mean he needs to start.

Not ahead of Auba, Laca, and Pepe (yet) for me.

We need to put a solid effort into really integrating Pepe because there’s a real quality player in there. He’s shown good flashes of it.

But Martinelli is my first attack sub if I need to change the game up front. So far he looks like He’s got drive and a real game-changer presence. Plus the ability to pop up in the right place.

If somebody goes flat then he and Saka will have their shot.

Laca unlucky but I want to see Pepe, Aubameyang and Martinelli all start.Unless you go 4-2-4 I don’t see how you can get them all + Laca in the team.

Mustafi in because he’s been no worse than anyone else at CB this season (not saying much, I know).

That’s the first coherent statement I’ve read from an arsenal manager in about 15 months.

Keep talking dirty to me daddy ljungberg! Imagine going into a game without bigging up the opponent in fear of defeat.

Yes. We need to use our better assets. We have SO much pace out wide with potentially Pepe (and Bellerin) right and Auba/Tierney (Kolasinac) left. Not to mention Martinelli and Nelson, Saka. But we seem so tedious getting the ball to those players. Our transition is still too ponderous and we take too many touches, and passes to get the ball to players. Without Xhaka (and Luiz or Mustafi), we also lack ability to drop long balls in (plus Auba has been poor competing for these balls) We need to do better, also get Pepe and Auba working diagonals. Also… Read more »

Any chance he’ll use Wenger’s swashbuckling 4-4-2?

Just realised that leaves Ozil as the 12th man! Can start instead of Laca (Bergkamp role) the two wingers and fuck it we can give him the Edu role CM aswell.

Let’s work on defense. The goals will come naturally. Then flare will develop gradually.

Wins are important of course, but more than anything I want to see us playing attractive, competitive football again (and if we do that the wins will come). Obviously expectations are tempered for the first match knowing he hasn’t had much time in the role, but anxious to see the approach taking and the lineup selected.