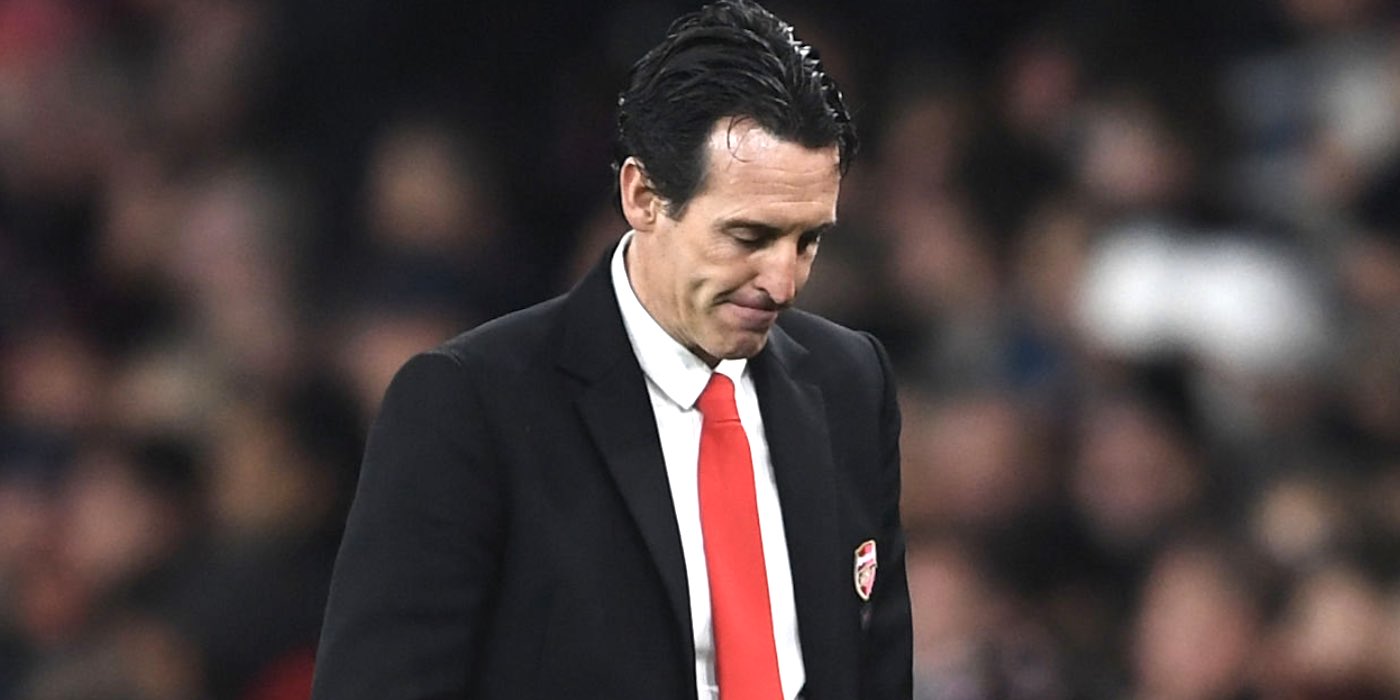 Unai Emery’s time as Arsenal’s head coach is likely to come to an end today, according to The Athletic’s David Ornstein.

Arsenal have managed just one win in their last nine games – a last-gasp come-from-behind 3-2 win over Vitoria – and in the process have fallen from third to eighth in the Premier League table, exited the Carabao Cup and still not qualified from the Europa League.

The Spaniard has been under pressure for quite some time, so news of his impending departure is hardly surprising. That said, this time last month the club did brief that they were eager to give Arsene Wenger’s successor time to turn things around.

Having lost the support of fans and with his squad playing like ghosts, it appears patience has worn thin.

Head of Football, Raul Sanllehi, is the man charged with making the final decision. He is the only remaining member of the triumvirate who appointed Emery in July 2018, both Ivan Gazidis and Sven Mislintat have departed, and it appears he has the backing of other members of the football executive committee, old-school members of the board and the club’s owner Stan Kroenke.

After last night’s 2-1 home defeat to Eintracht Frankfurt – played out against a record-low first team crowd at the Emirates – Emery was confident that he’d still be in the dugout on Sunday when Arsenal travel to Norwich.

We now wait to see what happens.

So Emery was right to say his future was these two days.

A Gorilla
Reply to  A P

It was the only clear thing he said in 18 months

From Kenya
Reply to  A P

The power of the Tongue

When he does go, I hope the fans at the stadium would have the decency to applaud. The tenure didn’t work out, but he tried and remains part of our history.

Upamecano but downalego
Reply to  A P

I hope there’s a plan in place for his successor, one that isn’t limited in scope or options. And I don’t agree with this ‘who’s available’ way of thinking, we’re supposed to be a big club, and big clubs sign managers that are the right fit, regardless of if they’re already under contract elsewhere. After all whats £4/5million in compensation if it helps us gain CL football and encourages our brightest stars to prolong their contracts. I think/hope we should be taking a multi-tiered approach, similar to the post-Wenger auditions but more decisive and based on if the manager is… Read more »

Didn’t see that coming. I thought we were doing great. So competitive, so much progress, so much hard work. People are never satisfied, I guess.

The end of the beginning of the post-Wenger era

Clearly the job was well over his head. Give Freddie the reign until they sort it out come summer time!

Does Freddie have the coaching badges?

I think he doesn’t, but I understood that even without he could take charge on an interim basis, but not permanent.

Pass me the trigger. I’ll bloody pull it.

Best news of the day, if true.
Excited to see what Ljungberg will bring to the table now he’ll be in charge. Hopefully bring back some of that Invincible spirit!
Can’t be bothered with predicting who will be our new manager, just praying whoever it will be will have a massive immediate impact. But if Poch comes in, and we start winning trophies again, that’ll certainly bring a big, big smile to my face.

No Nuno (nothing against him personally), no Mendes. That is not the Arsenal way.

“The definition of insanity is doing the same thing over and over again while expecting a good ebening.”

We’re almost there guys. While I hate to see anyone lose their job, this one’s inevitable and I’d try to celebrate as lil as possible. He’s got a great resume and I’m pretty sure he’d do better at a sevilla-esque club. What’s best for my beloved club is priority and I hope the decision makers always put that first in choosing the next coach.

This needs to happen!

Emery is gone. Shame it didn’t work out but all the best to you in your next club. Thank you and goodbye.

We need to find a good replacement now.

I hope we have been talking to Poch, Allegri, Nuno and Arteta.

Its for the board to find the right candidate, can’t afford to make another managerial mistake.

At times I felt sorry for Emery, the people upstairs have thrown him under the bus at times or used him as a public punching bag. That being said, his tactics and in game decisions have been bizarre to say the least and it was time for him to go. Wish him well, I think with the right backing and at the right size club he’ll do well, just not here.

Well, really poor from the gaffer over last months. BUT several trends since his tenure : 1) The possession based play out of the back system (from deep) in which he tried to emulate City not possible given the resources available and lack of correct investment last summer. That said, the fact that he persisted with it rather than try to find a better way to make use of his assets suggest he has little variation in approach for future. 2) Follow on from last point, we have so much pace out wide with (potentially) Pepe/Bellerin on the right and… Read more »