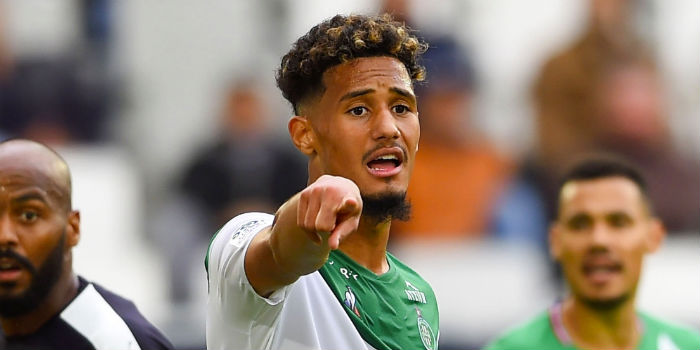 William Saliba has suffered a second injury setback of the season after it was confirmed he has fractured a metatarsal in his foot.

The 18-year-old, who signed for the Gunners for £27 million in the summer before returning to Saint Etienne on a season-long loan, has been in fine form since his return from injury helping Les Verts to four clean sheets in five games in Ligue.

He had missed the opening seven games of the campaign after undergoing surgery to fix an adductor problem even returning to London Colney to undertake some of his rehabilitation.

Saint Etienne, now coached by Claude Puel, have confirmed that Saliba will miss tonight’s Europa League game with FC Oleksandriya in Ukraine and could be facing a spell on the sidelines, possibly as long as four weeks.

We’ll update you when we hear more. In the meantime, best wishes to French Willy.

Yeah, that’s just to get him off Real’s radar

2 injuries since signing for us. Arsenal DNA right there

Not true. We don’t do injuries at The Arsenal anymore.

Look forward to him playing for us from next season onwards.

There is plenty of talent in our squad.

Now all we need is a talented manager

Whoever voted this down is a troll

Now I know he’s going to be an Arsenal player 😀

I recall Robin fracturing his fifth metatarsal which sent me wondering the number of metatarsals we need, then we went and bought Per Mertasacker. All not related though feeling sorry for the boy.

Presumably, you need precisely as many metatarsals as you have toes.

lol okay so the 5th metatarsal, the one footballers always seem to break, is that the big toe or the pinky toe?

James went to watch him last week..
Should have known this is coming

lol i literally came here just to post that!

4 months is not the recovery time of a metatarsal injury, especially with someone that young. It really depends on the severity of the fracture and whether they perform surgery or not.

If it is a stress fracture the recovery could be accurate, although 4 weeks is an optimistic time frame. Likely 4 weeks to be fully weight bearing and then another 2 weeks of strengthening and rehab.

To think we could have bought Soyoncu for 20-25m Instead we plumbed 72m for Pepe and 27m for Saliba not to mention another 6m for panic buy Luiz. Granted some of that money is in installments, over say 5 years we are looking at roughly 15m for the Ivorian, 6m for Saliba (now injured) and 6m for Luiz which would have amounted to close to 27m for the addition of a ready to go Cback we have needed for quite a while. This may have also meant we were less in need of relinquishing an experienced forward player in iwobi… Read more »

Okay but I don’t know who you’re saying is at fault with the terrible performances then. According to the above, and most of the posts you make, its not emery, it’s definitely absolutely positively not Xhaka, ever, it’s not the other players who are objectively playing badly, it’s not the players who are playing well. So it’s the board I guess for buying players, and the fans for thinking that the team could, even should, be playing with more freedom, more creativity, more bravery, more passion, more determination to play the Arsenal way (or what we knew that to be).… Read more »