Arsenal 1-2 Chelsea: By the numbers

This was the motto that fans of the NBA basketball team the Philadelphia 76ers used as they rebuilt their team. The process was the plan that would see them go from one of the worst teams in the NBA into a true contender for challenging for a title.

I think that Arsenal fans can learn a lot from this mindset as the team plays out the rest of this season. There really isn’t a ton to play for in the league (theoretically finishing in the Europa League spots isn’t a crazy goal but I don’t think you sacrifice long term development for that goal) with the goals that the team had at the start of the season all but out of reach.

What I want to see is Mikel Arteta starting to instill a philosophy, get buy in from the players and see improvement among the Arsenal players. This is the process and I think that we must trust this to create long term results even if in the short term it doesn’t.

Arsenal 1-2 Chelsea: By the graphs 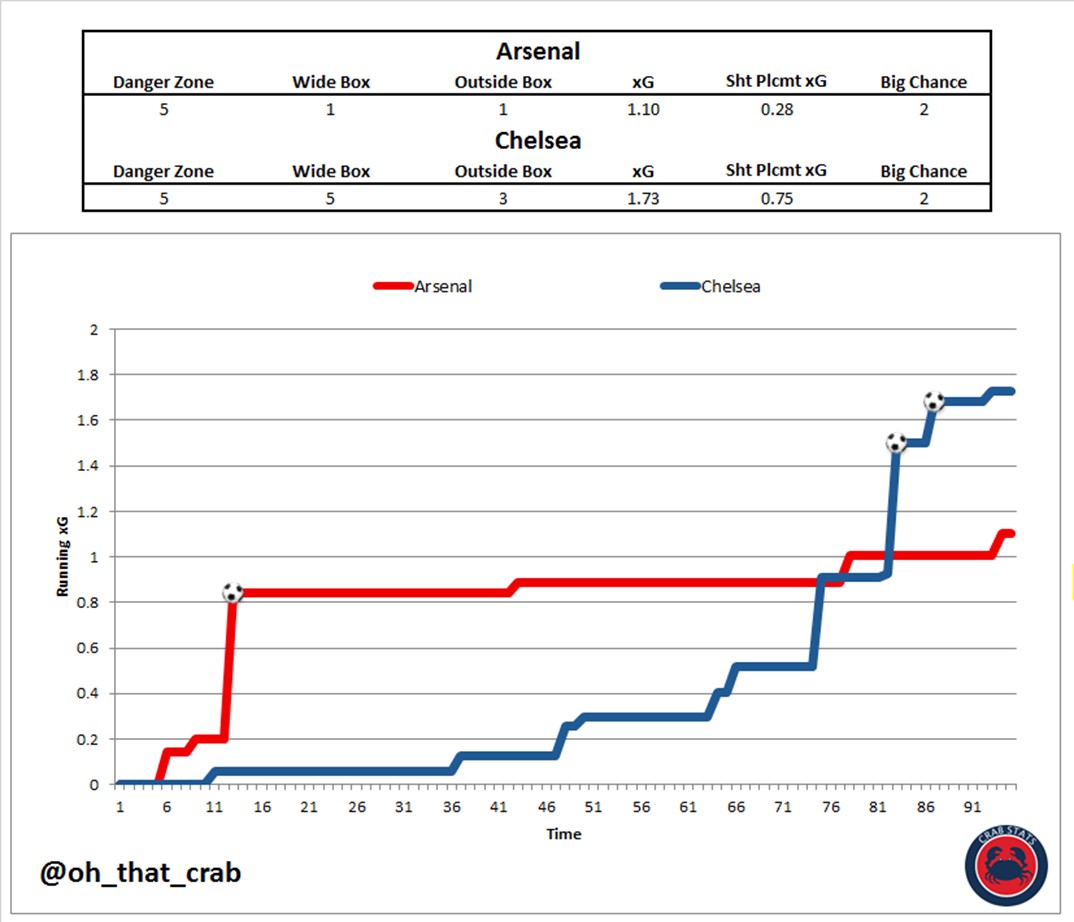 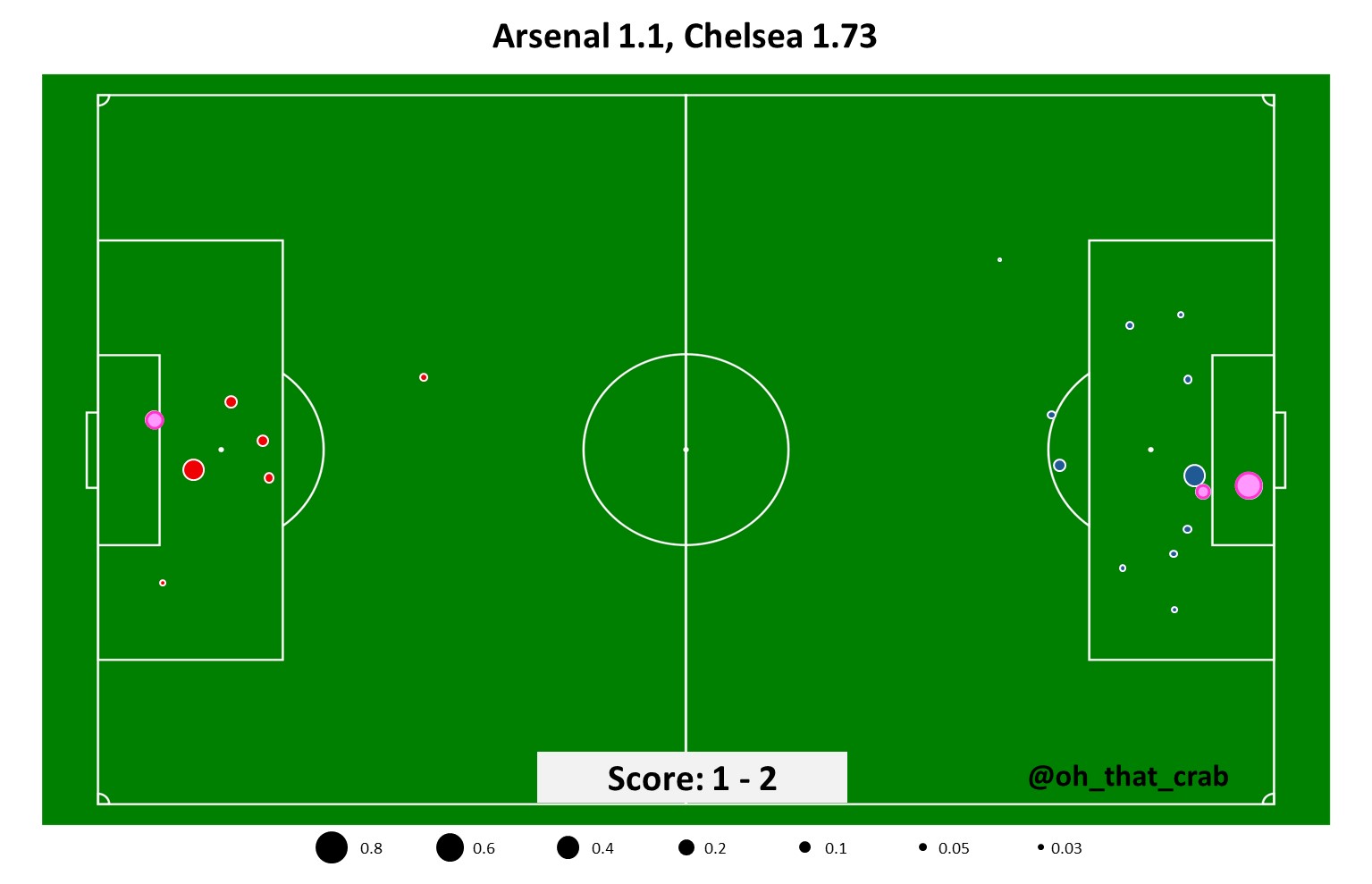 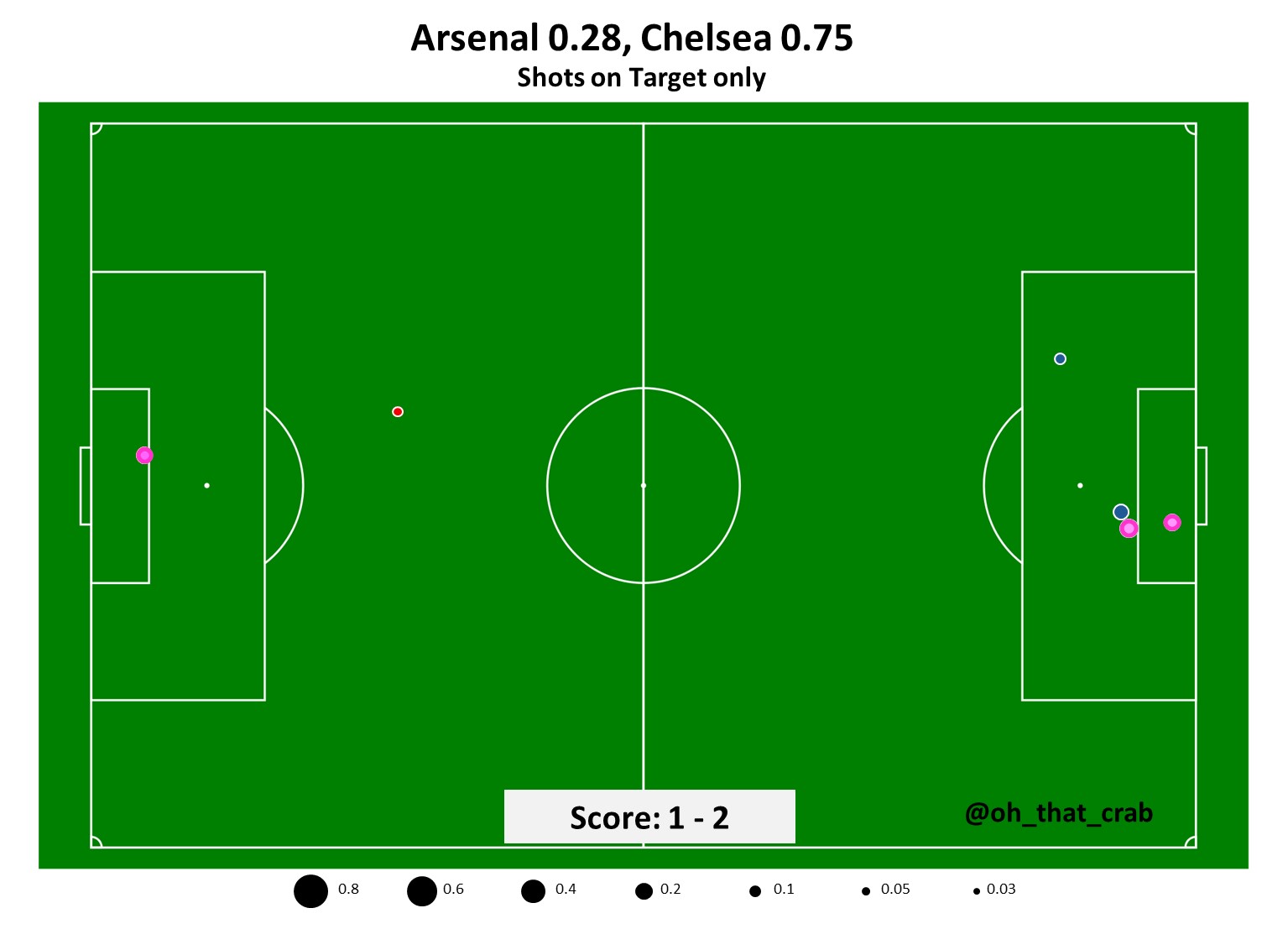 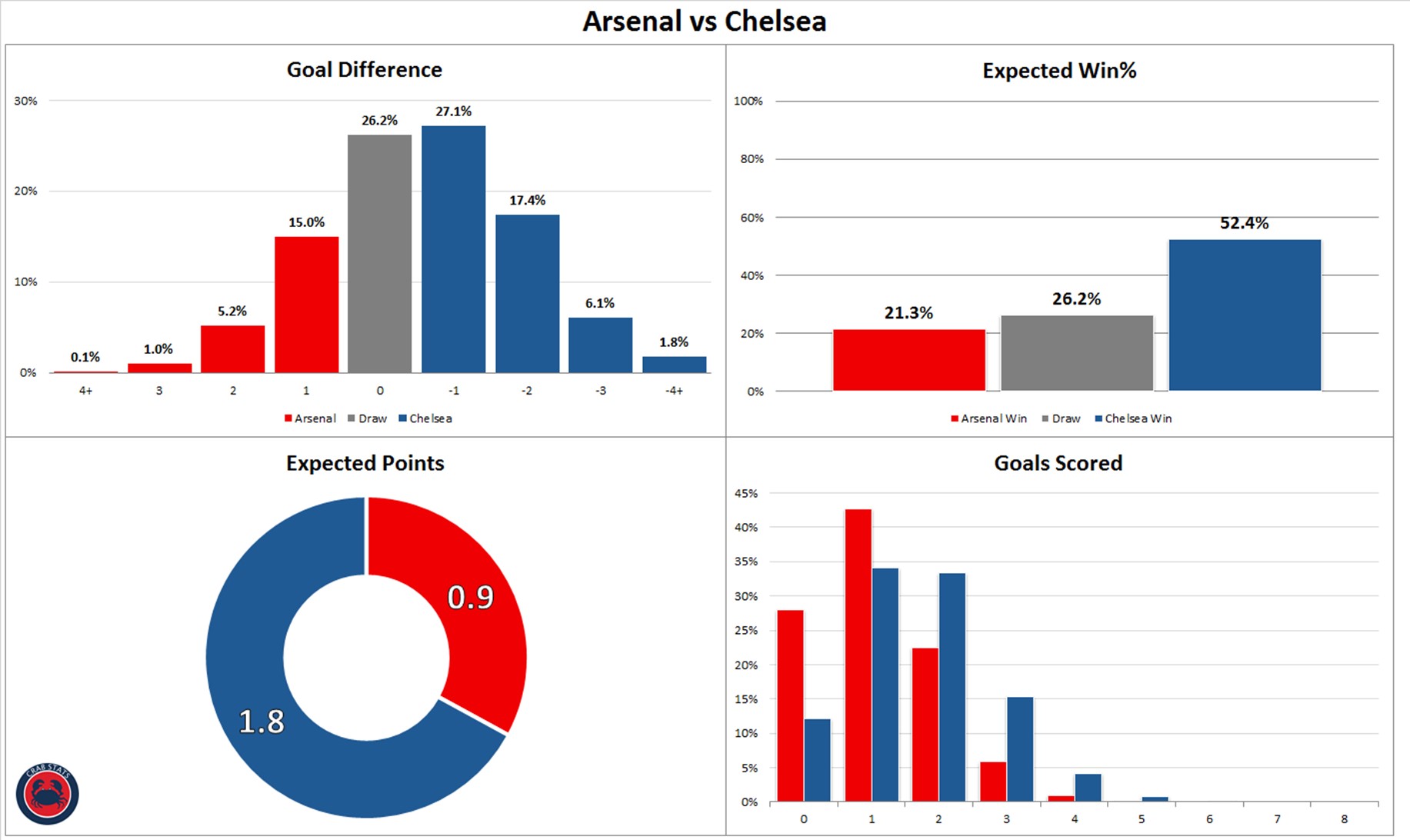 Arsenal 1-2 Chelsea: By the numbers

1 – Shot for Chelsea in the opening 34 minutes

0.8 – Expected goals for Arsenal in the opening 34 minutes

0.07 – Expected goals for Chelsea in the opening 34 minutes

10 – Fouls committed by Chelsea in the opening 34 minutes

The opening period for Arsenal was easily among the best 30 minutes that Arsenal have played this season, especially considering who Arsenal were facing. Arsenal came out with intensity and nullified what Chelsea set out to try to do tactically. Arsenal were good in possession and created some dangerous moves (even if the goal did come from a set piece) while also maintaining excellent spacing to give options while passing and setting up to press when the ball was lost.

Ideally in these situations Arsenal would build a bigger lead than just 1 goal and hopefully as fitness improves, Arsenal can play at this intensity for a longer period of time. If this is what Arteta envisions for Arsenal, I think that we can all get on board with that.

There have been a number of false dawns with Mesut Özil over the last two seasons, but the last 151 minutes under Arteta, he looks like a vastly different version of himself. He has been given the free attacking midfielder role that he prefers but he has also been asked to up his intensity and he looks like he had responded.

He is still an incredibly polarizing player but I think that we can all agree that if Arteta can get our highest paid player playing at something approaching his previous levels it is a good thing, especially in a team that is missing creative passing when he isn’t in the team. Hopefully two better than expected matches is the start of something new and not a blip of good form before he fades back into his old performances.

Sources: Opta via whoscored, statszone and my own database

Really gutted, a win would have been a great end to the decade. The last 10 minutes of the match were reminiscent of parts of the last 10 years.

Let’s not also forget we have to make do with two young fullbacks playing out of position. Although AMN would be considered slightly experienced there.

Plus Mustafi playing out of position by being on the pitch…

The fact is the first half of the game is the best we have played all season. We may not have won a game under Mikael yet but there are very obvious signs of improvement. I am confident we will start heading back up the table soon and I don’t think a top six finish is, out of the question if we can iron out the defensive lapses.

You can’t really know for sure but imagine having Arteta drilling his philosophy since last season. We’d be in a great shape currently and who knows what we would be aiming for.

Don’t go there. I’d like to think Arteta had 1 more season to prepare and grow as a manager

The importance of stats can be overplayed. There is a famous one doing the rounds which ‘proves’ Mustafi is a better defender than Van Dyke. Stats are useful (at times) but your eyes and brain are always better judges. Also saw one that Pepe made quite a few tackles one month (so therefore ‘must’ be working hard defensively, right?) Well, not really. Pepe (due to poor tactics mostly) kept receiving the ball with his back to goal and defenders up his arse while out in the right touchline. The ball would end up ‘bobbling’ between his and defenders’ legs. Sometimes… Read more »

loose_cannon
Reply to  Right across Sunderland!

Stats are simply a tool, their use is dependent on the one wielding them. In sports they’re not meant to be used without context, only to add detail. If you’re very selective such as with Mustafi, then you could use them to deceive people. We don’t collect stats on, say, how often a defender loses their man, gets turned by a simple drop of the shoulder or goes to ground for no reason. But we could record them if we wanted to, it’s not a problem with stats in of itself.

I have left it a good 24hrs (+) to say that I believe the fault here should once again be placed amongst those over paid and under motivated players we call our Arsenal. I cannot believe that once again we capitulated (or maybe I can) We have NO backbone. Yes we may have bossed the first 45 and yes, that little arse should have been sent off but isn’t it about time those on the pitch stood up and took ownership of just how missing they were in the second half? Adaptation seems to be missing from this squad’s dictionary.… Read more »

Question is – Why did/do we have a fitness team on the books if they’re not doing the job?

I think we’ve been undone against City and Chelsea because they are more streetwise. Both games featured the opposition checking our transitions at the expense of yellow cards, while we let them waltz through and score without the same tactical fouls.

Referees cannot be relied upon to get decisions right, so we put ourselves at a disadvantage if we don’t join in with the cheating.

You know, comparisons to American sports can be deceptive. Part, indeed a major part, of the “process” that the Philadelphia 76ers’ fans were told to trust involved purposely finishing bottom of the table. This would assure a very high, and possibly the highest, “draft pick” for the following season. That means one of the country’s young players–with no other teams allowed to bid. The result of this “process” in England, and indeed in any footballing nation except the United States, would be relegation.

Oregoon
Reply to  A Different George

Yes. Think about the “integrity” of the process. Basically tell your fans that your tickets are worth crap because we are going to throw the games so that “we can get better.” They just didn’t do it for one year either, and what guarantee is there that the process will work? Did not make the finals last year, and take a look at where they stand so far this year. The epitome of American sports; we get paid no matter if we try or not with impunity.