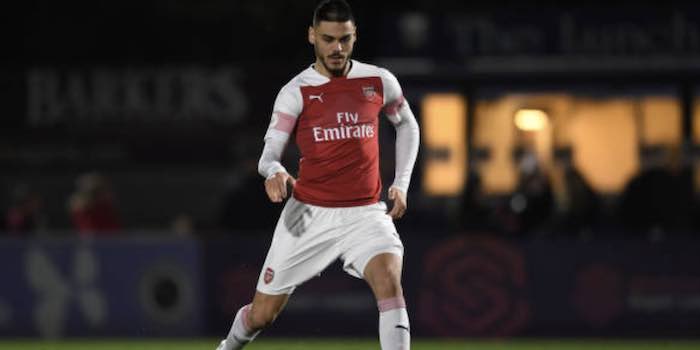 Arsenal U23s are back in action tonight with a home game against Blackburn Rovers, and Steve Bould’s side will be determined to build upon their impressive recent form.

The young Gunners have won their last three games in succession and have a chance of, temporarily at least, going top of Premier League 2 with a victory tonight.

Konstantinos Mavropanos has been a mainstay for the U23s in defence this season and is likely to be involved again, while it wouldn’t be surprising to see Emile Smith Rowe given another runout as he hasn’t been involved for the first-team recently.

Arsenal will, however, be without the services of Harry Clarke, who has a minor injury, which means Zech Medley could step in. Ben Cottrell, meanwhile, is away with the club’s U20 side in Bali.

Prolific striker Folarin Balogun has stepped up his recovery from injury, but this game will probably come too soon for him.

Blackburn are in ninth place and won 2-1 against Burnley in their last fixture, bringing a run of three games without a win to an end.

Daniel Butterworth has been in impressive form for Blackburn so far this season, scoring three goals in four games.

This fixture will be a tough test for Arsenal, but, given the attacking quality that they possess, Bould’s side should be able to prevail.

Could Mavropanos be any worse than Luiz, Sokratis and Mustafi? Must be time to promote Holding and Chambers to first choice centre halves at least, maybe with Mavropanos as back up.

The Charma
Reply to  Hi-brid