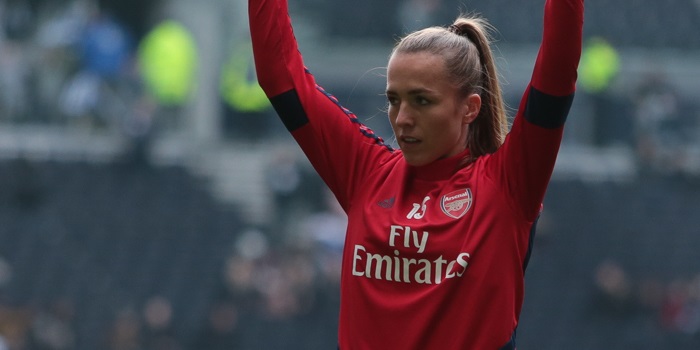 Arsenal midfielder Lia Wälti has signed a new contract with the club. The Swiss midfielder joined the club from Turbine Potsdam in the summer of 2018 and her original deal was due to expire at the end of this season.

Wälti was voted into the PFA Team of the Season for 2018-19 despite a knee injury cutting her campaign short in January, she has earned rave reviews for her performances at the base of the Gunners midfield.

Not a bad way to sign off 2019 ?@LiaWaelti’s not going anywhere! ? pic.twitter.com/JQsHGNSdtO

“We are very pleased that Lia has signed a new long-term contract,” Head Coach Joe Montemurro told Arsenal.com. “She’s a really intelligent player and she’s made such a positive impact at this club, both on and off the pitch, so it was very important to us that she signed a new contract.”

“It feels great and it’s still such an honour for me to play for this club,” said the Swiss international captain. “I was asking myself, why should I leave a place where I’m happy?

“I’m really enjoying playing football here, so there was no reason for me to leave from this side, also I really enjoy playing with Joe. I think I really like his style, he wants to play football and with the teammates we have here it’s pretty easy to bring the best out of yourself.

Arseblog News spoke to Joe Montemurro and Leah Williamson about Lia’s importance to the team back in September.

She is such a good “fit” in this team. Along with Lisa Evans one of the team who go about their football business in an unspectacular but so effective way. Her new contract is a very important boost as we move into the real business half of the season particularly as Lia is just about getting to full fitness.

She is a rarity in football. So composed on the ball, very good positional sense and crisp passer. She is the type of midfielder that the men’s team are looking for and can’t find.

She is a truly special player and I am glad we are keeping her.

I would double thumbs up this comment if I could!

Great news for our club.

Excellent! Crucial player for us, best in her position in the WSL.