Standard Liège 2-2 Arsenal: By the numbers

It got a little dicey there for a bit but in the end Arsenal escaped Belgium punching their ticket to the round of 32 as group winners. This bring the Europa League group stage to a close and on the sliding scale of Arsenal’s season it has been where they have played the best football this year. If Arsenal want any chance of making the Champions League they will need to hope that they can build off of that and make a deep run in the knock outs.

Standard Liège 2-2 Arsenal: By the graphs 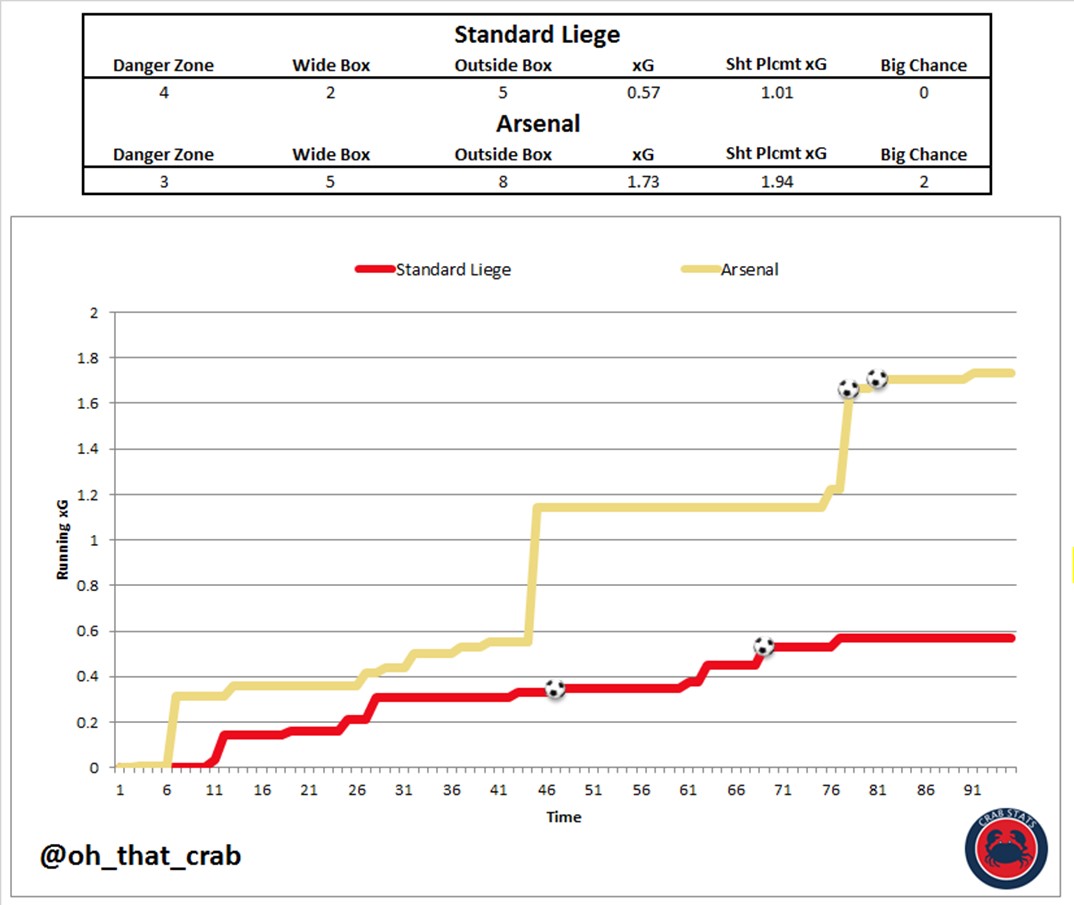 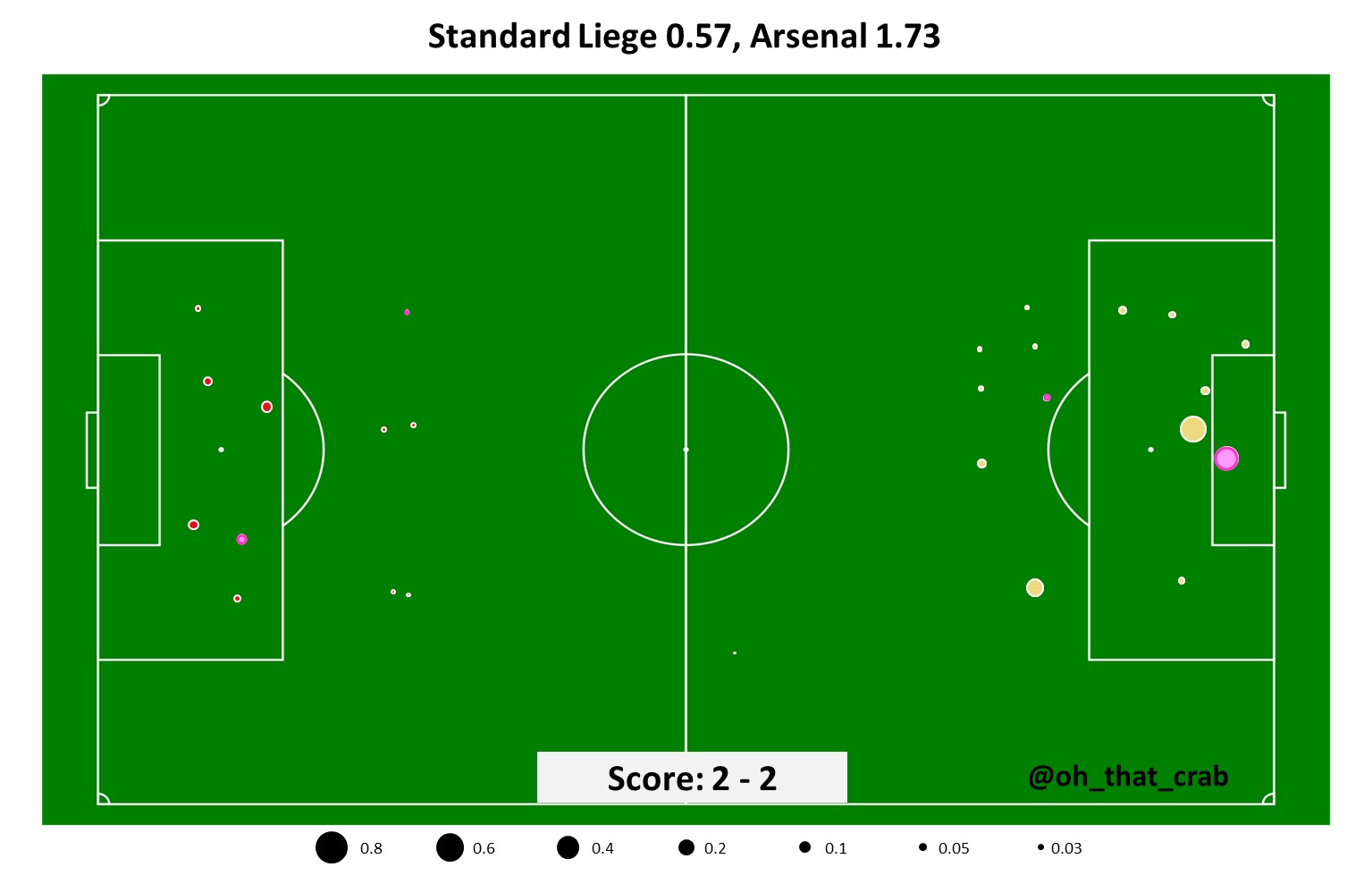 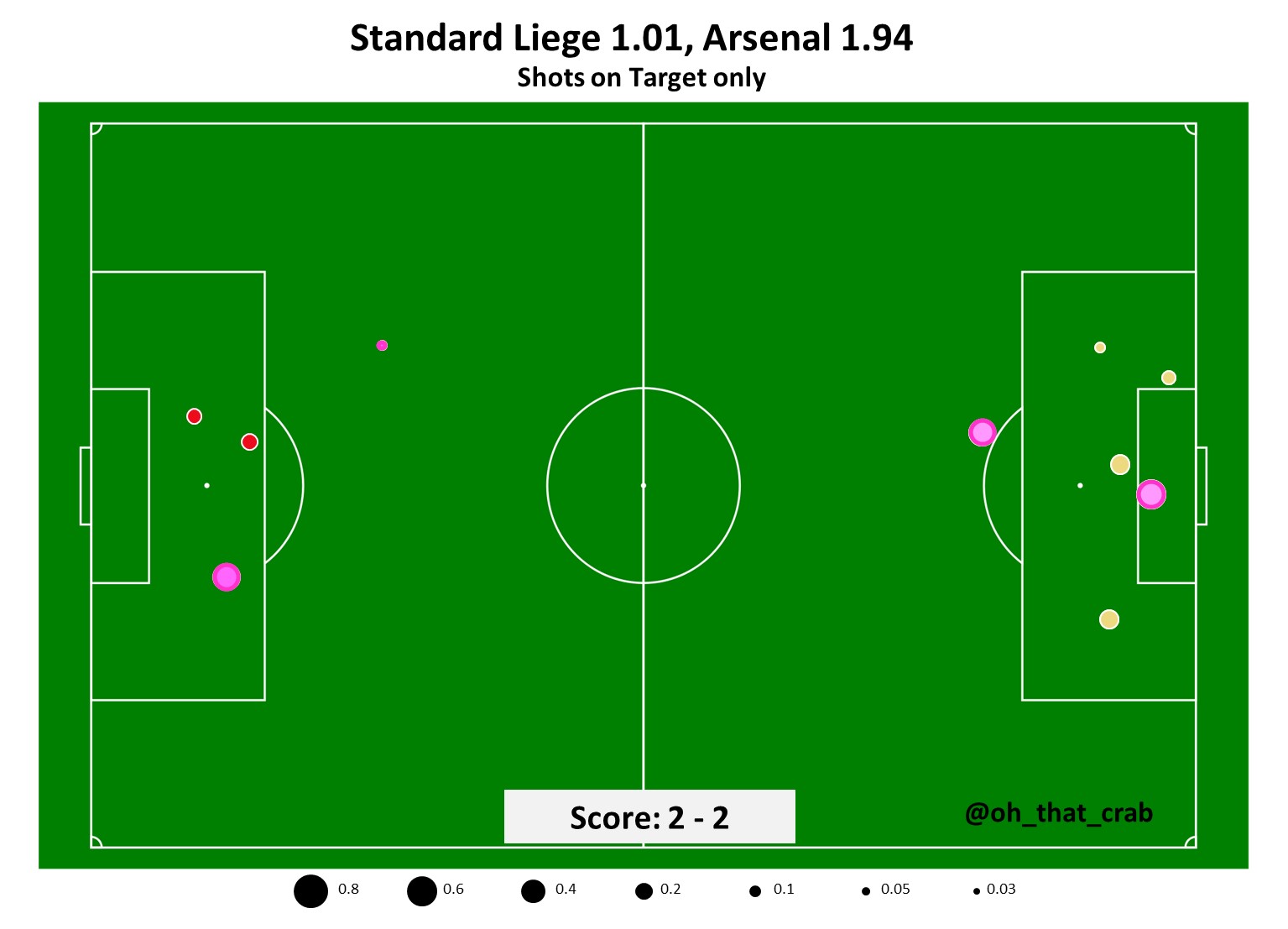 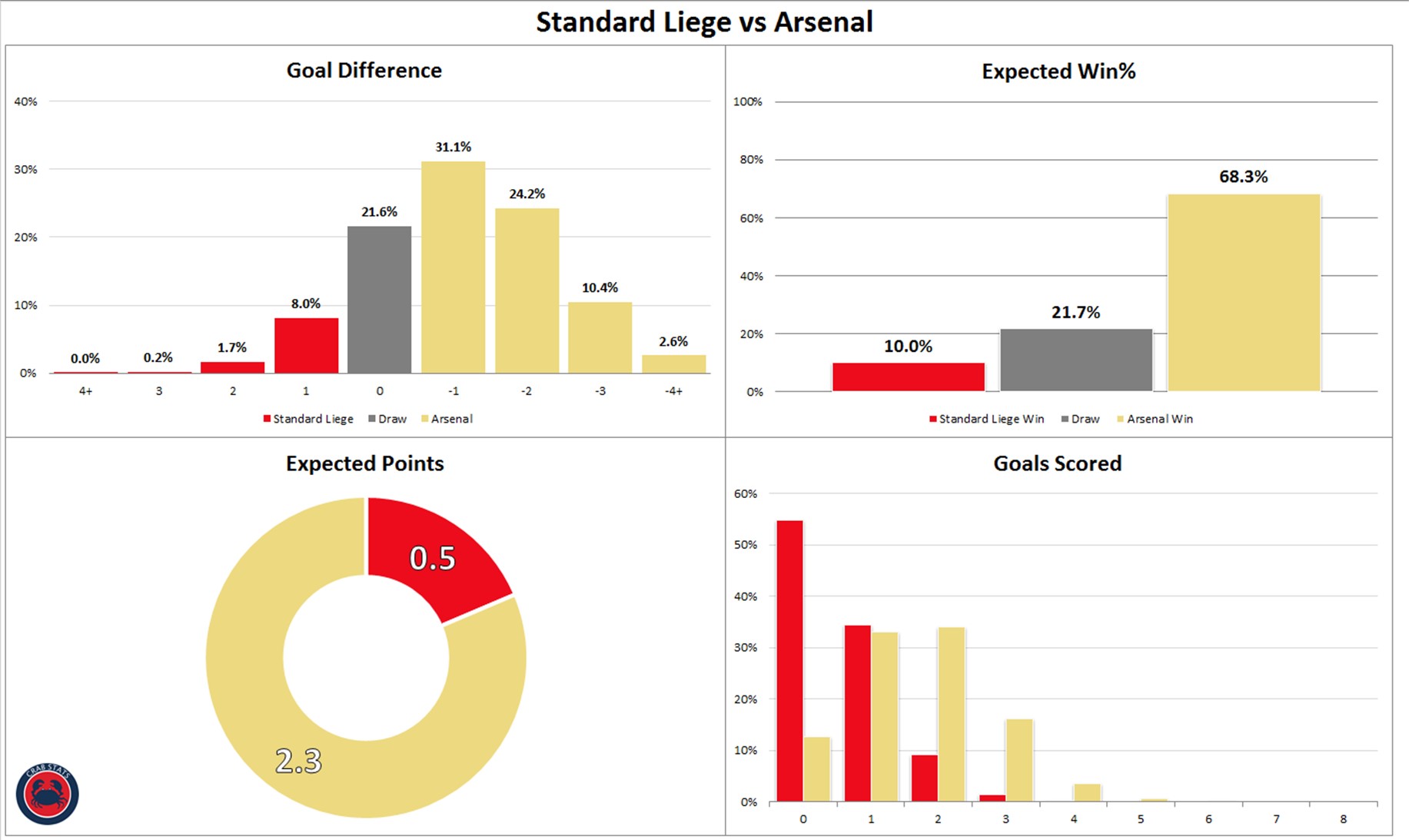 Standard Liège 2-2 Arsenal: By the numbers

14 – Goals Arsenal scored in the group stage, tied for third most among all teams

13.7 – Expected Goals for Arsenal in the group stage, second among all teams

7 – Goals Arsenal allowed in the group stage, tied for tied for 15th among all teams

5.8 – Expected Goals allowed by Arsenal in the group stage, tied for 16th among all teams

+7 – Goal difference for Arsenal in the group stage, tied for 5th among all teams

+7.8 – Expected Goal difference for Arsenal, second among all teams

4% – Chance that Arsenal have to win the Europa League final according to FiveThirtyEight projections. Making Arsenal tied for 10th favorite at this stage.

Arsenal got their job done in the Europa League, completing their goal of winning their group. It wasn’t as easy as it looked like it was going to be after 3 initial wins but in the end a draw on the last day was good enough.

Looking at how their statistics stack up, Arsenal were a bit worse than would be expected but still ended up towards the top in most statistics. Unsurprisingly the attack rated much better then the defense and when looked at combined Arsenal were still among the best teams in the group stage.

With some talented teams dropping down from the Champions League, the road to the Cup and the guaranteed Champions League spot looks more difficult than in years past. Arsenal should get a favorable draw for the round of 32 but after that things will get significantly harder. If Arsenal want a chance in this competition they will need to step up their game. Thankfully their woeful form in the league should make it easier to prioritize knock out matches when they get tougher.

Bukayo Saka Man of the Match

In this match Saka was a bright spot. I thought that he partnered well with Reiss Nelson who would cut in from the left leaving Saka plenty of opportunity to provide width on the outside. It is more typical to see inverted wingers as truer attacking players and bigger threats to score goals, but I like what Saka can provide as a left footed player on the left hand side. His threat to beat defenders on the dribble makes him a handful to defend and as he showed for his goal, he isn’t afraid to take a shot on his weaker foot. His development, along with some of the other youngsters that have been a silver limning to the last few years in the Europa League.

52 – Passes completed, second among all players. He completed 89.7% which was tied for highest pass completion percentage as well.

2 – Dribbles of 2 attempted, with one lost possession

1 – Error leading to a goal

Overall I think that this was an important game for Willock who had struggled in his last few outings. It wasn’t a perfect outing (his failed touch in the Arsenal box led to the second goal) but he kept things relatively simple with his passing, stayed deeper and provided a decent defensive shield for the center backs. More importantly for me is that he seemed to be able to have more influence in this match with a match leading 76 touches which is big departure from the matches where he has played an attacking role and been almost invisible. Hopefully this is something that he can build off of to provide additional depth at midfield for the rest of the season for Arsenal.

Thanks for the stats. Good to see the kids doing well.

Arsenal should be the red column not the yellow column!